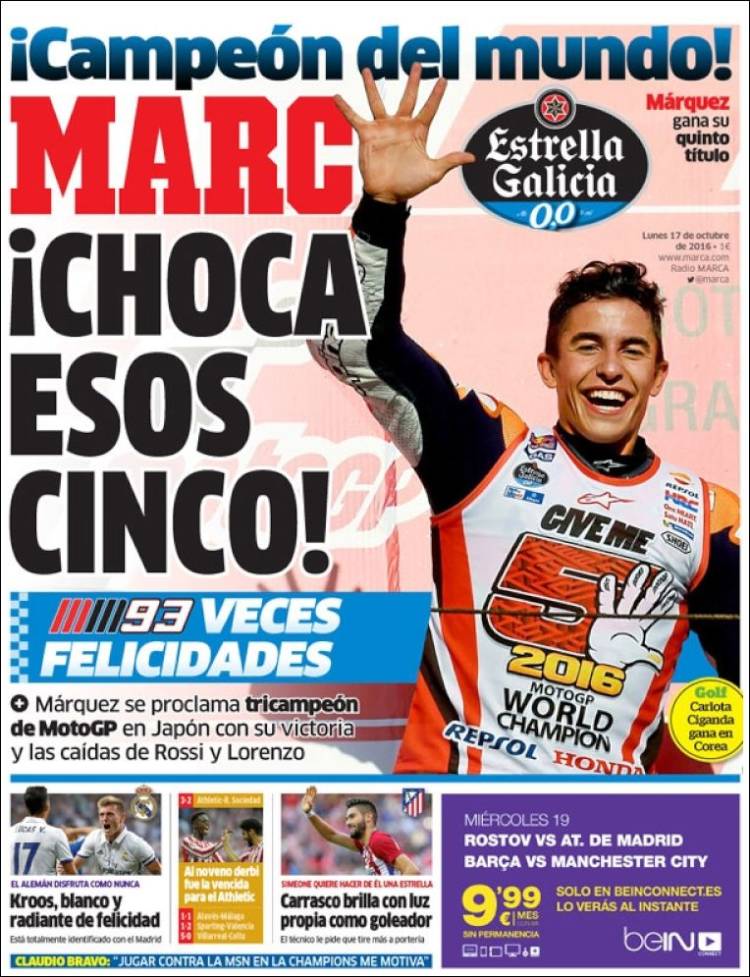 Claudio Bravo: To play against the MSN motivates me 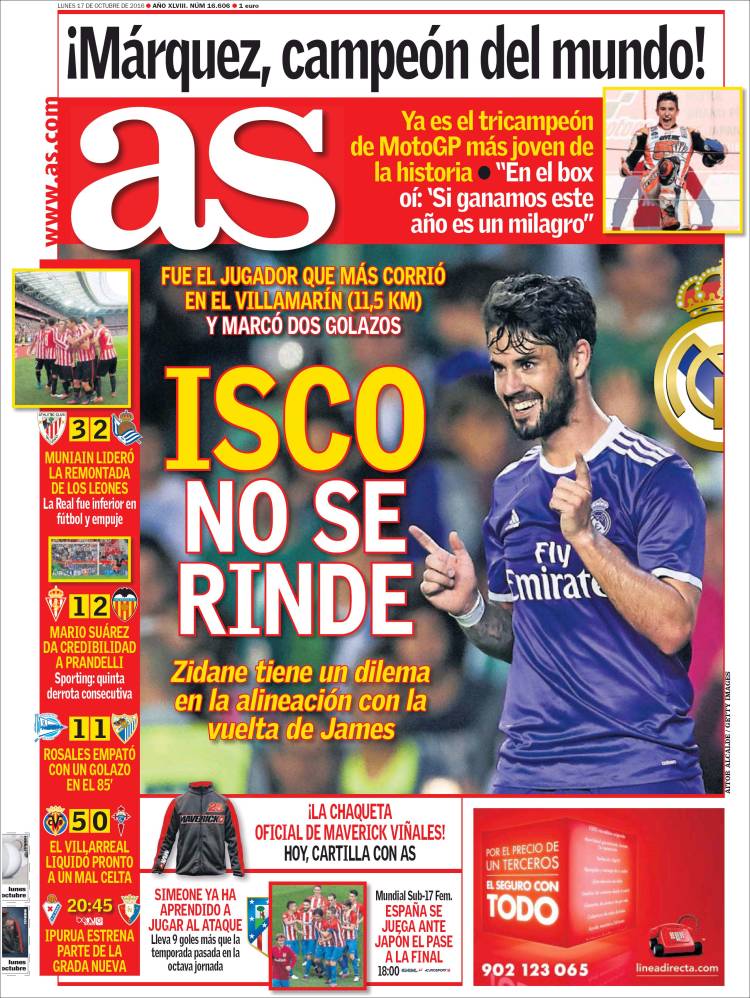 Isco won't give up!

Zidane has a selection dilemma with the return of James 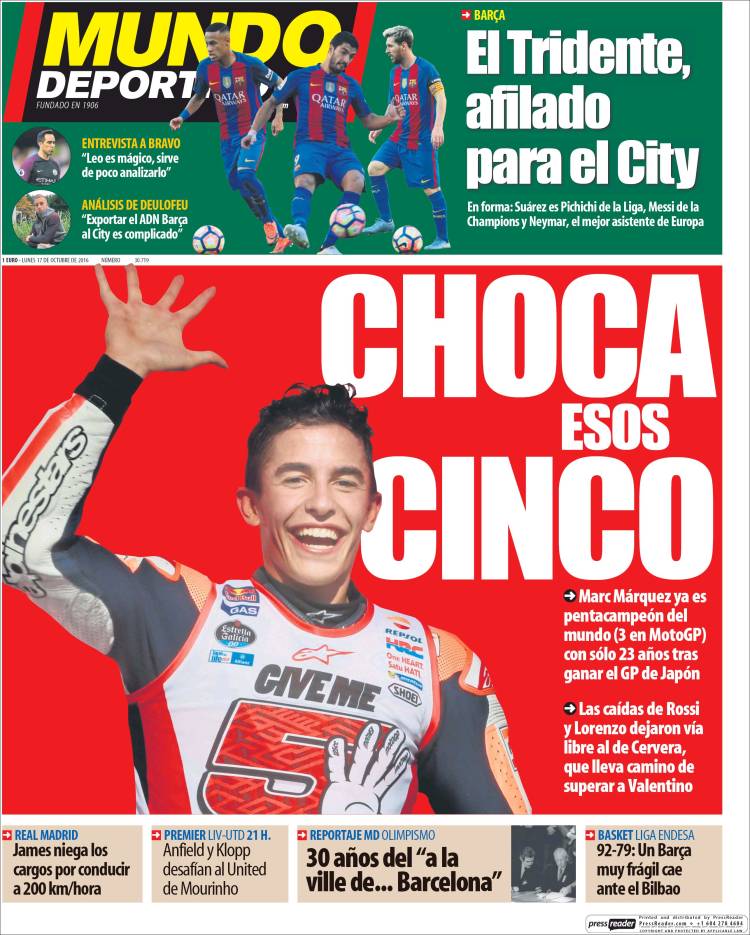 The trident - fit and sharp against City - In form: Suarez is the Pichichi of LaLiga, Messi of the Champions League and Neymar the best assister in Europe

Bravo: Leo is magic, there is no point analysing

Delofeu analysis: To bring Barca's DNA to City is complicated

James denies charges of driving at 200km an hour