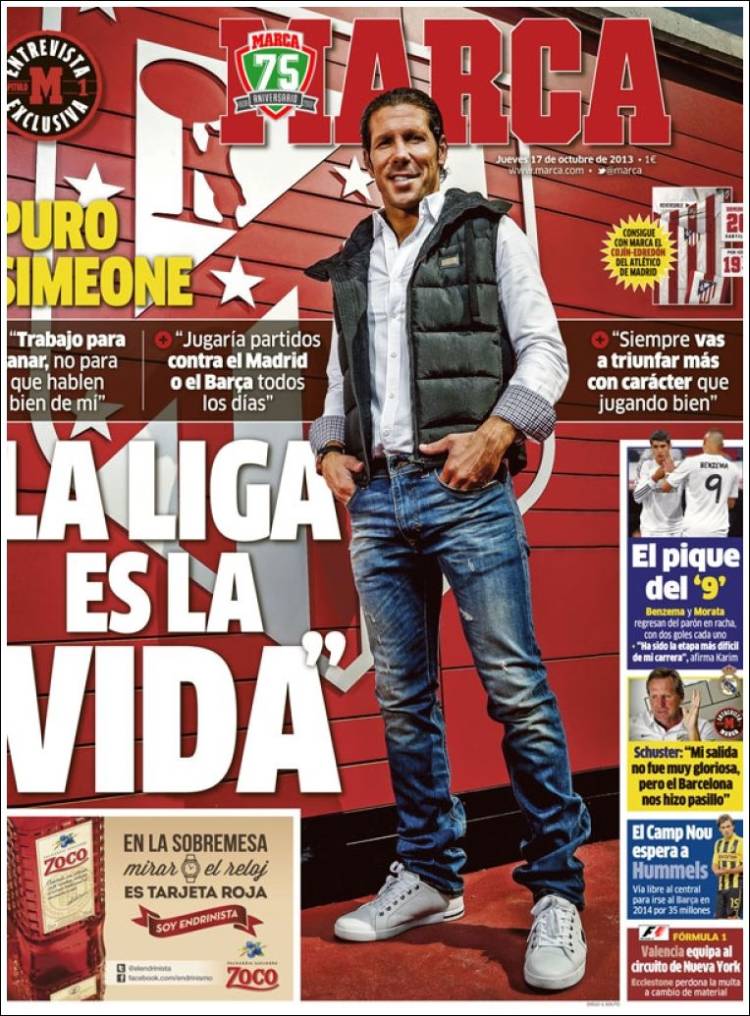 "I work to win, not so they talk about me"

"I would play against Real Madrid and Barcelona any day"

The competition for number 9

Benzema and Morata return after scoring two goals each

"It has been the most difficult stage of my career," Benzema

Schuster: "My departure from Madrid was not so glorious, but I still left with Barcelona making us a corridor (because we were champions)

Formula 1: Valencia team test out the circuit in NY 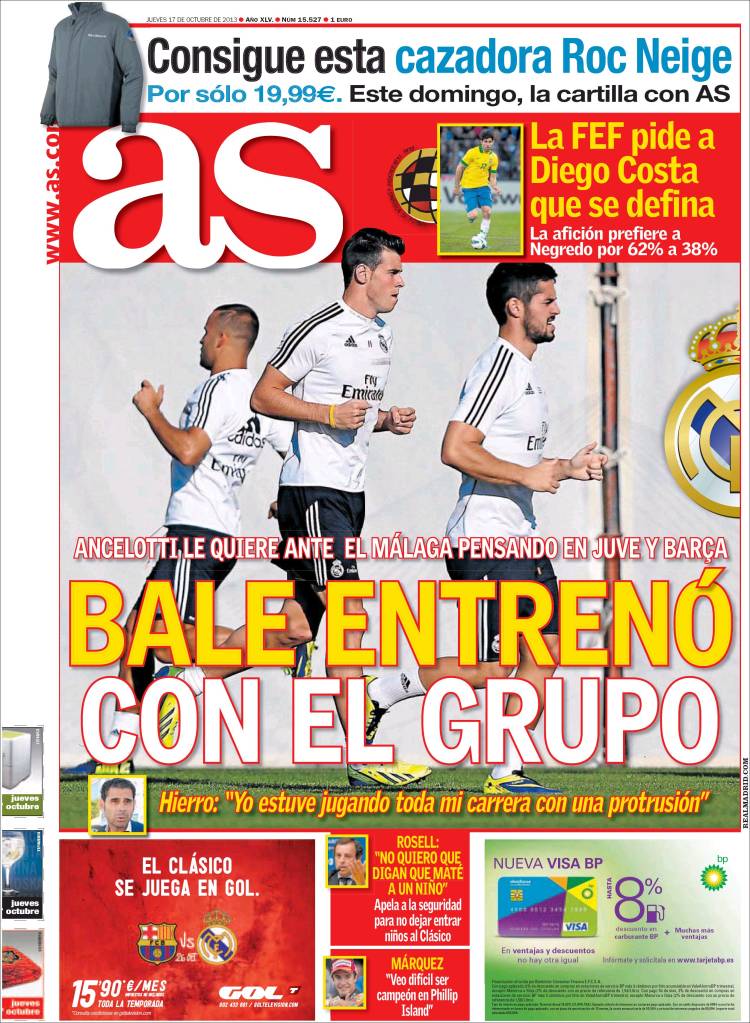 Bale trains with the group

Ancelotti wants him for Malaga while he ponders Juve and Barca

Hierro: "I played my whole career with a protusion"

The FEF ask Diego Costa to clarify his position

Rosell: "I do not want them to say that I killed the young children's dream"

Marquez: "It will be difficult to become champion on Phillip Island" 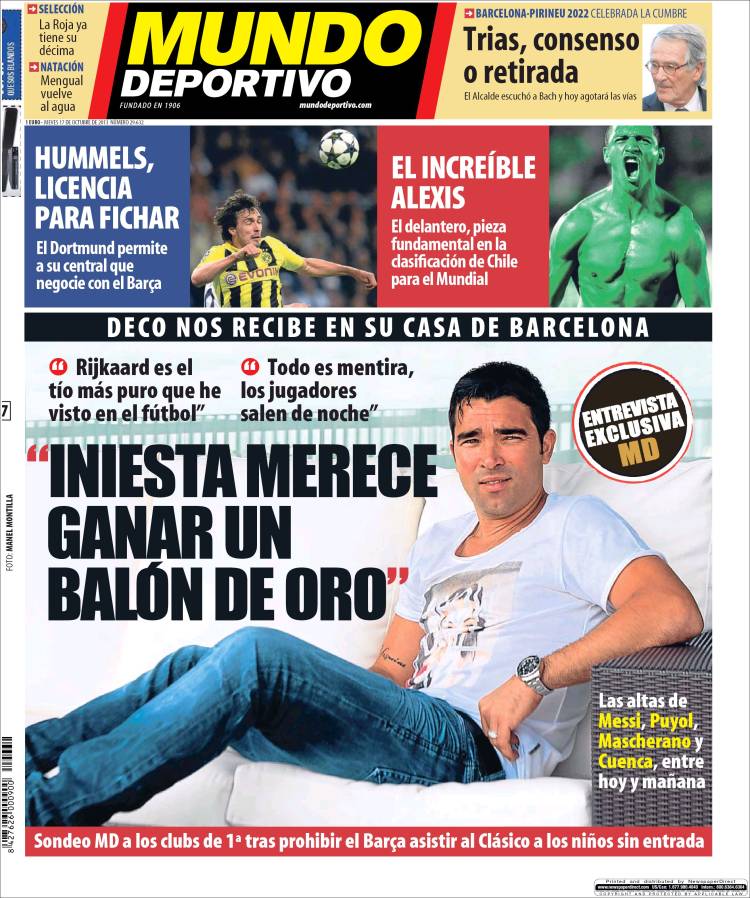 "Iniesta is worthy of a Balon d'Or," Deco

"Rijkaard is the most honest bloke I have known in football"

"Everything is a lie, players go out at night"

Hummels is allowed to leave

Dortmund will permit the defender to sign for Barca

The forward was fundamental to Chile's successful qualification campaign

Swimming: Mengual returns to the pool