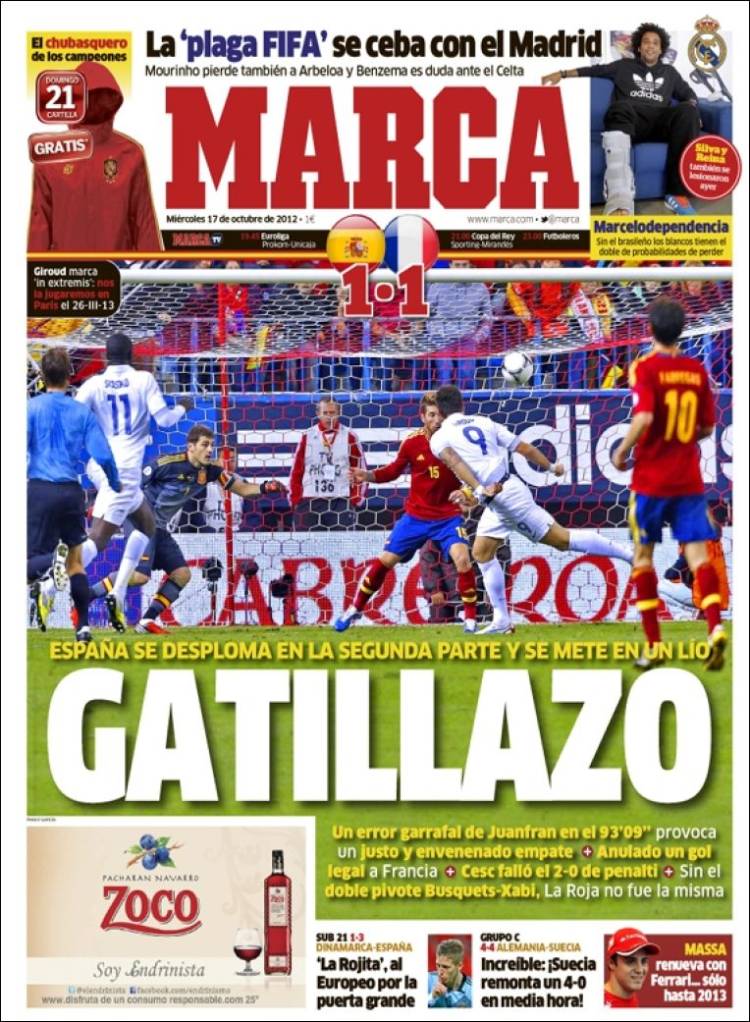 France have a legal goal disallowed

Cesc misses a penalty to make it 2-0

Without the double pivot of Busquets and Xavi, La Roja were not the same

Mourinho also loses Arbeloa and Benzema is a doubt against Celta

Marcelo dependency – without the Brazilian, Los Blancos double their chances of losing

La Rojita, into Europe through the big door

Unbelievable! Sweden come back from four goals down in half-an-hour 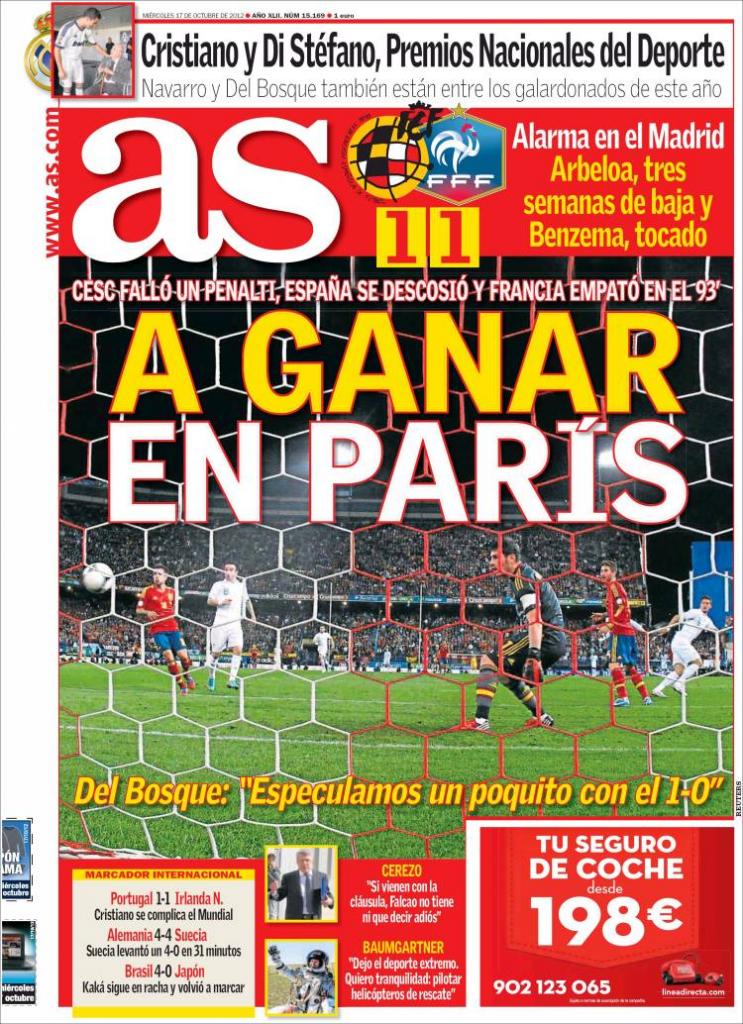 Now to win in Paris

Cesc misses a penalty, Spain are stitched up and France equalise in the 93rd minute

Alarm in Madrid – Arbeloa out for three weeks and Benzema injured

Navarro and Del Bosque are among the winners this year

Cerezo: “Even if they pay the rescission clause Falcao doesn’t need to say goodbye” 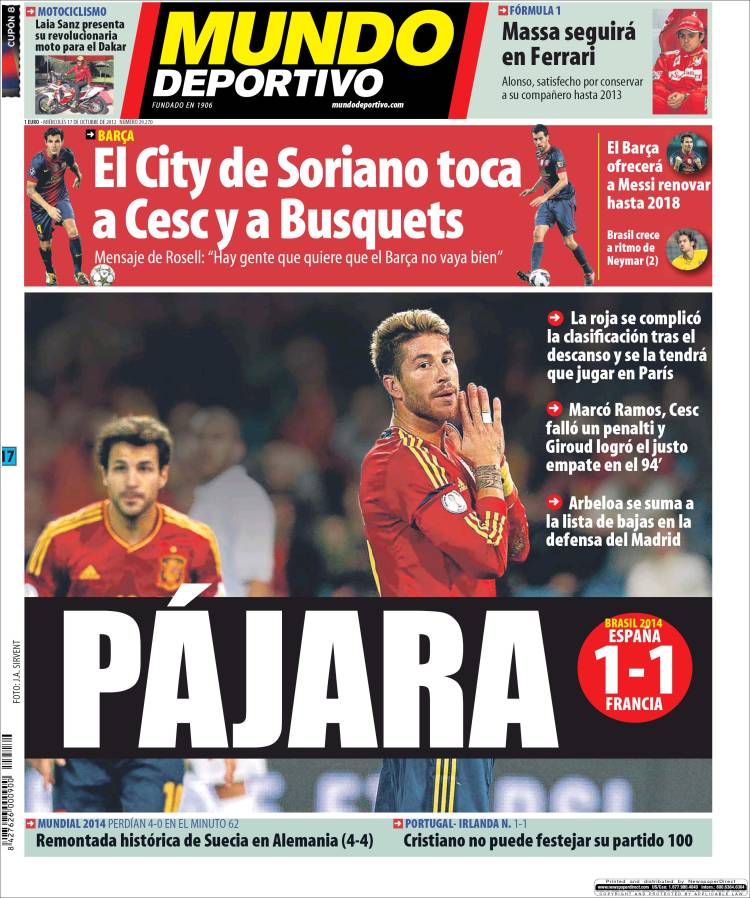 Ramos scored, Cesc missed a penalty and Giroud earned a fair draw in the 94th minute

Arbeloa added to the list of injured Madrid defenders

Message from Rosell: “There are people that don’t want Barca to do well”

Barca will offer Messi a renewal until 2018

Brazil beat to the rhythm of Neymar (2)

Historic comeback from Sweden in Germany (4-4)