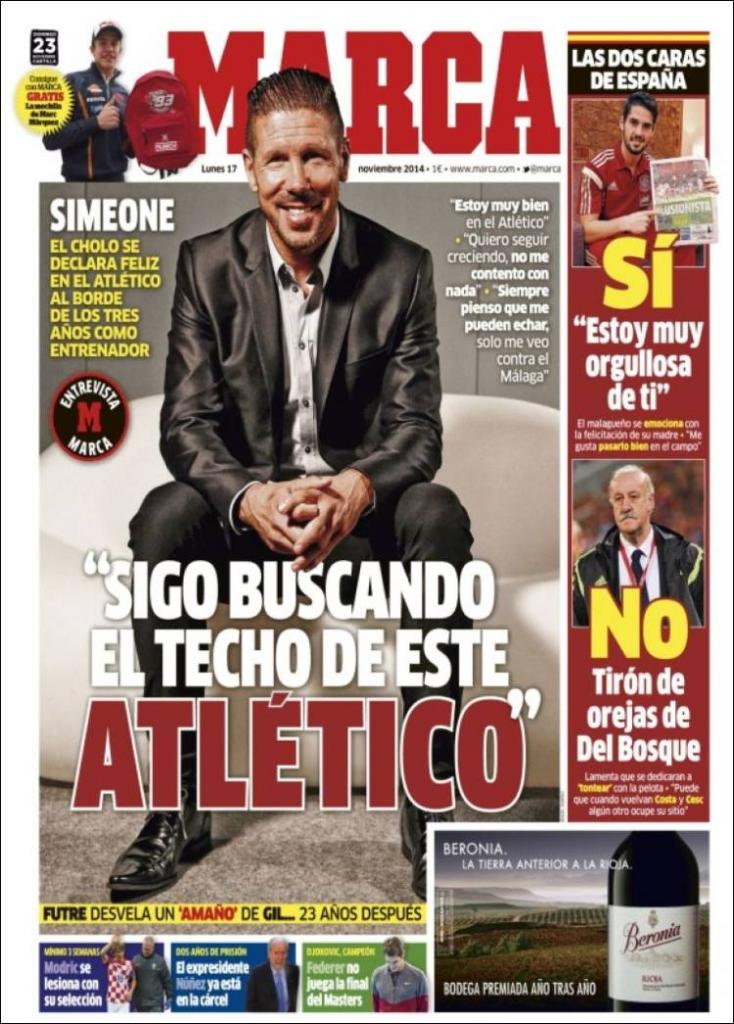 “I’m still looking for the best from this Atletico”

“I feel very good at Atletico”

“I always believe they can get rid of me, I’m only thinking of Malaga”

The two faces of Spain

No: Ear-pull from Del Bosque

He laments messing about with the ball

Modric is injured with his national team

Two years in prison: former President Nunez is now inside 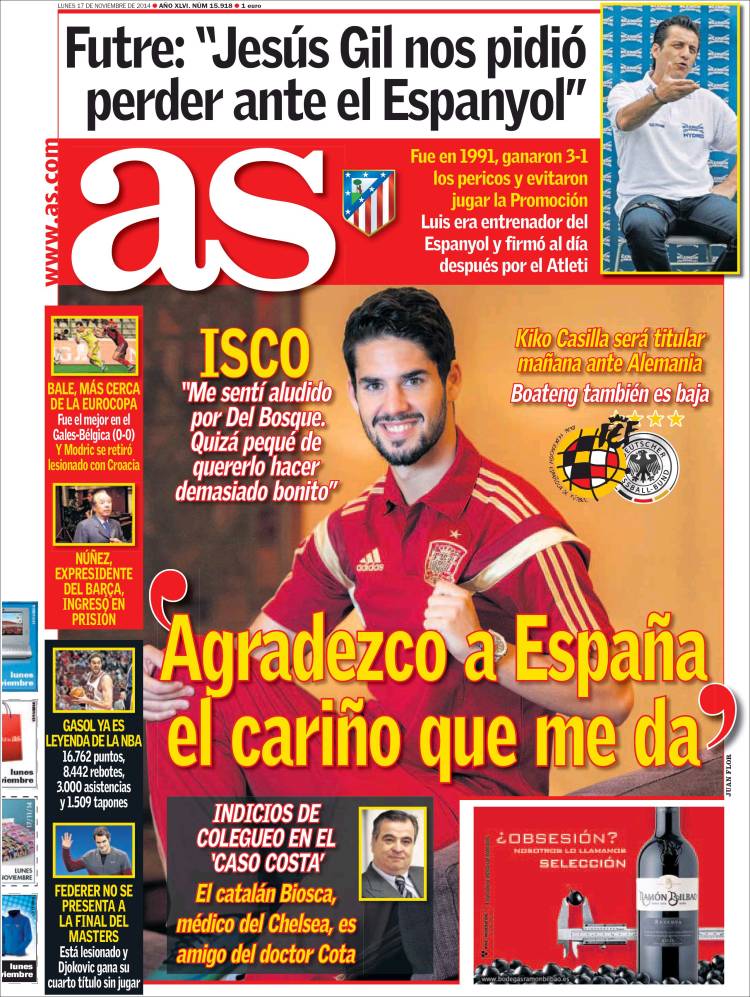 “I’m grateful to Spain for the affection they show me”

“I felt important to Del Bosque. Maybe he realised I wanted to do great things”

Kiko Casilla will be in the starting line-up against Germany tomorrow: Boateng is out injured

Evidence of collusion in the ‘Costa case’: the Catalan Biosca, Chelsea’s doctor, is a friend of doctor Cota

Futre: “Jesus Gil asked us to lose against Espanyol”

Bale, closer to the European Championships: he was the best in Wales-Belgium (0-0)

Modric comes off injured with Croatia 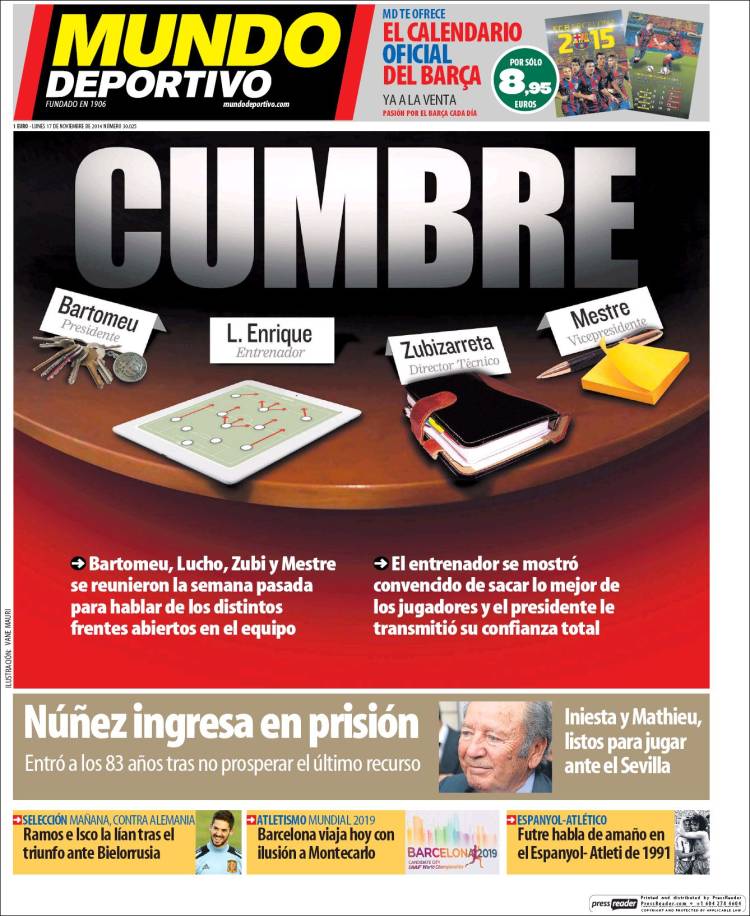 Bartomeu, Lucho, Zubi and Mestre met last week to talk about the different options open to the team

Nunez imprisoned: he goes inside after his appeal was unsuccessful

Iniesta and Mathieu, ready to play against Sevilla

The national team tomorrow against Germany

Ramos and Isco doubtful after the victory against Belarus

Futre talks of Espanyol-Atleti match-fixing from 1991