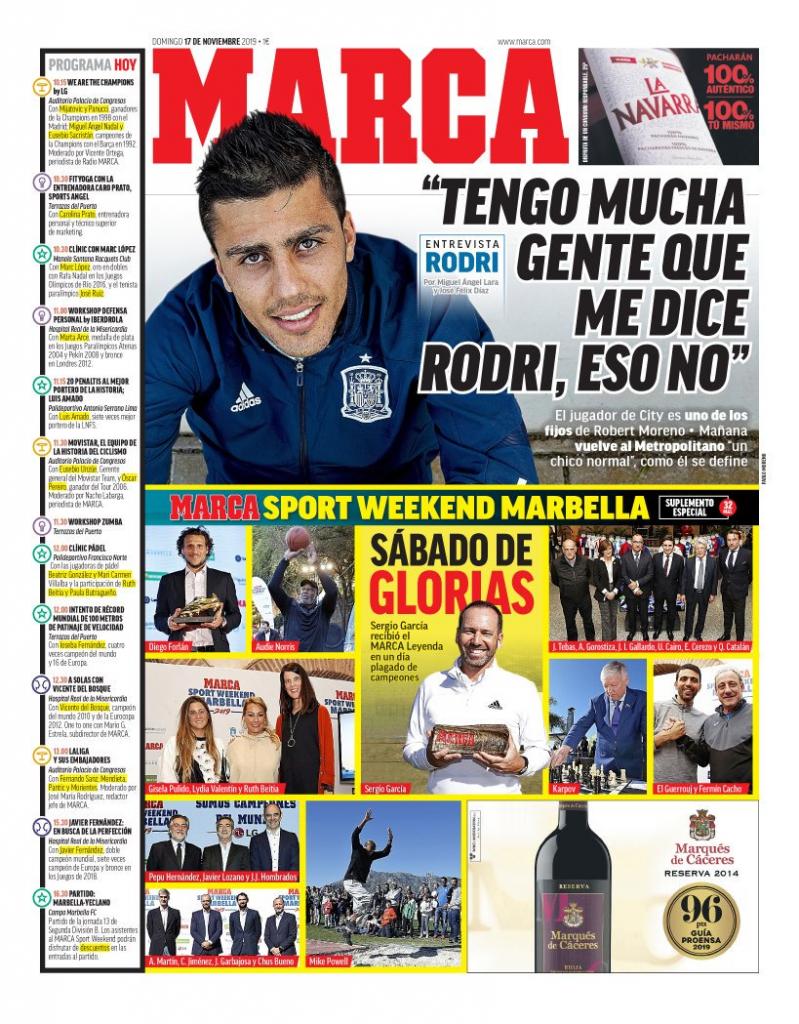 MANCHESTER CITY: Rodri Hernandez - Many people told me not to go to Manchester City.

MANCHESTER CITY: Pep Guardiola's new man remains a constant pick for Spain boss Robert Moreno, and he is calm on his return to the Wanda Metropolitano tomorrow, following his summer exit from Atletico Madrid. 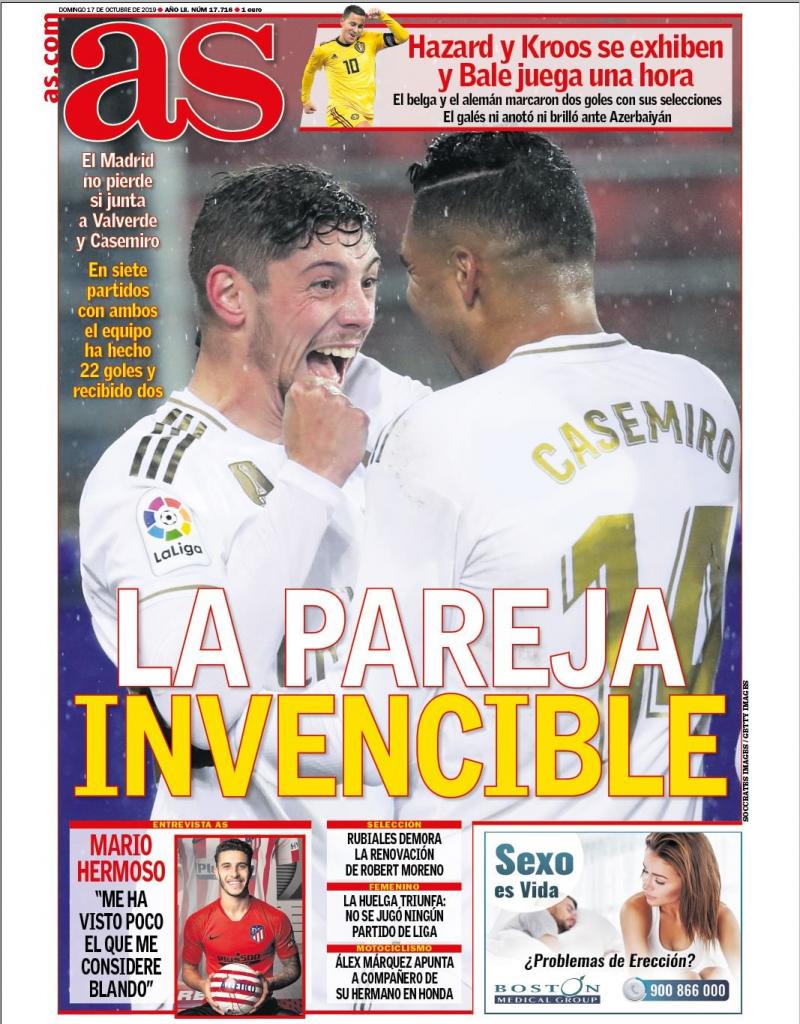 REAL MADRID: THE INVINCIBLE COUPLE - Real Madrid have no lost so far this season, with Casemiro and Federico Valverde in midfield together, with a seven game unbeaten run.

INTERNATIONAL: Toni Kroos and Eden Hazard score for Germany and Belgium, as they confirm Euro 2020 qualification, and Gareth Bale plays for Wales, as they beat Azerbaijan 2-0. 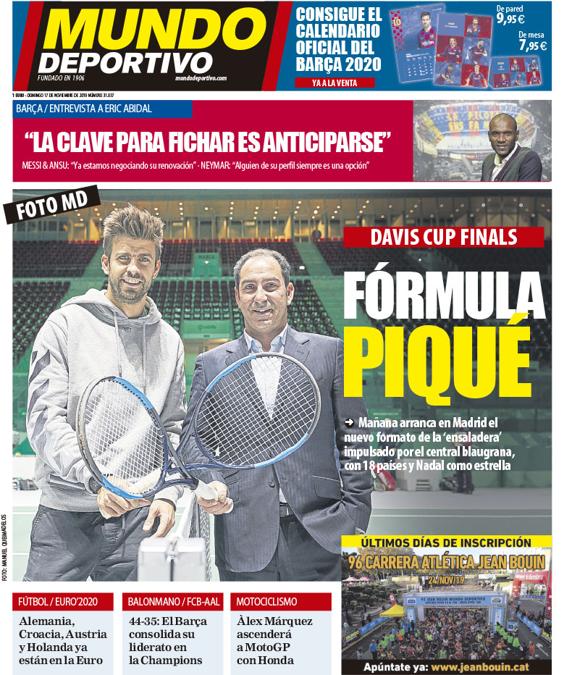 BARCELONA: Pique Formula - Gerard Pique is to attend the Davis Cup in Madrid this week, as Spain's Rafael Nadal chases another major honour alongside 17 other countries.

BARCELONA: The Key to Signings is Anticipation - Eric Abidal confirms the club are in talks to renew Lionel Messi and Ansu Fati's contracts, and confirms that Neymar is still an option.