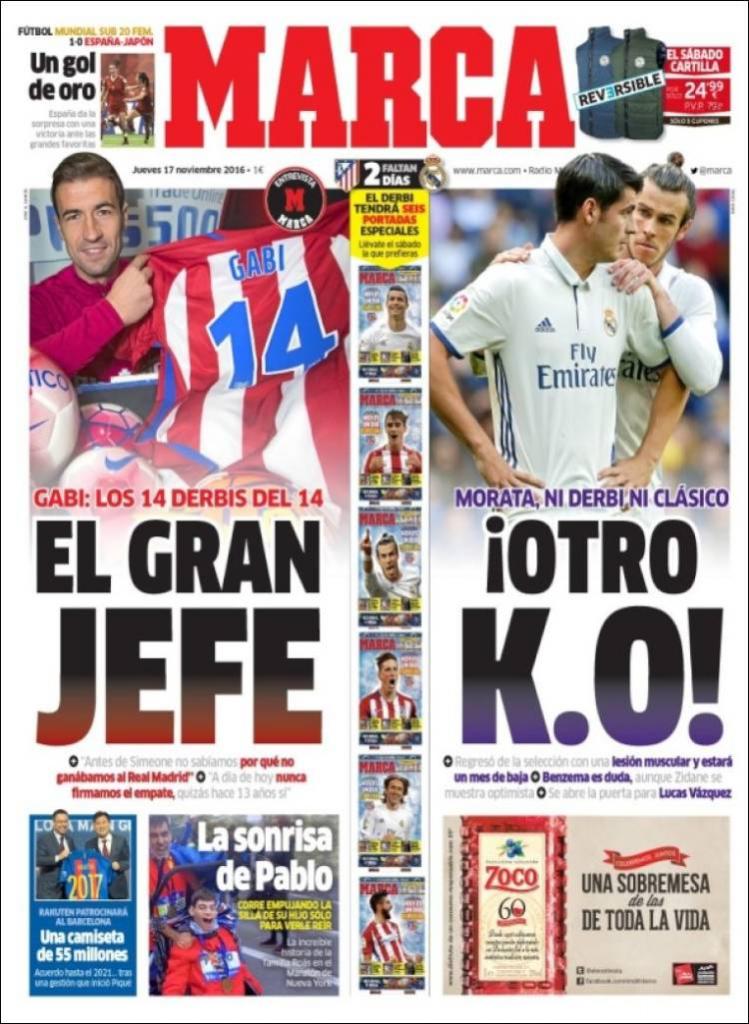 'Before Simeone, we did not know how to beat Real Madrid', 'Today we would never play for the draw, perhaps 13 years ago yes'

Another KO - Morata ruled out of the derby and El Clasico

Morata faces month out with thigh injury, Benzema is a doubt but Zidane is optimistic, It opens the door for Lucas Vazquez 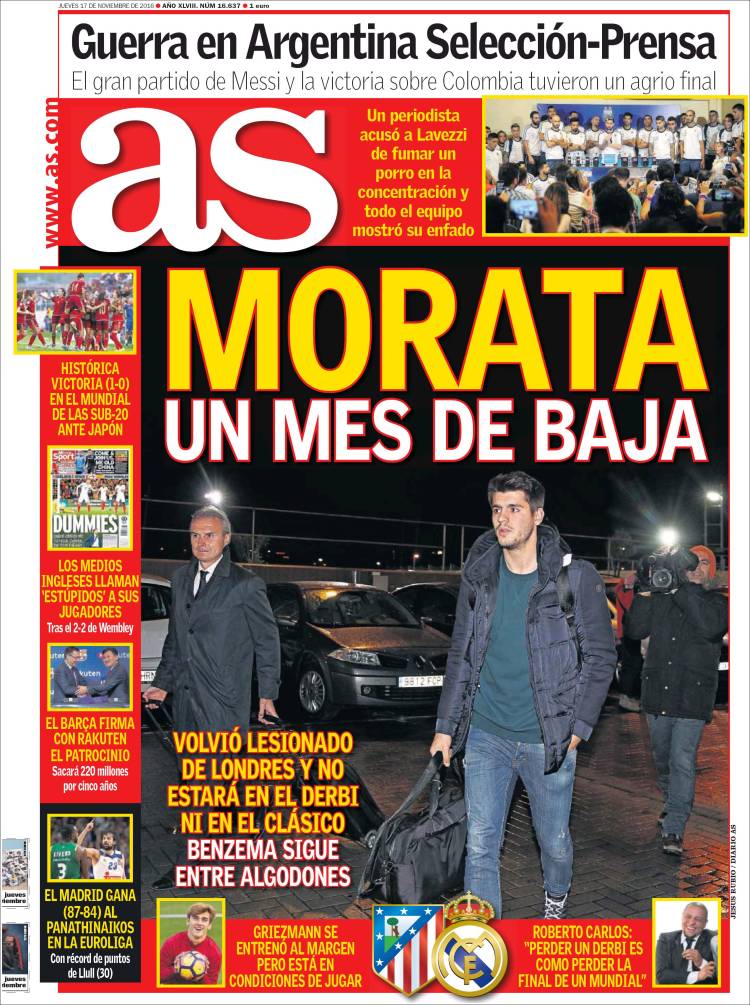 Morata out for a month

Benzema will continue to be wrapped in cotton wool

Griezmann - trained lightly but is in good condition

Roberto Carlos: Losing a Madrid derby is like losing a World Cup final 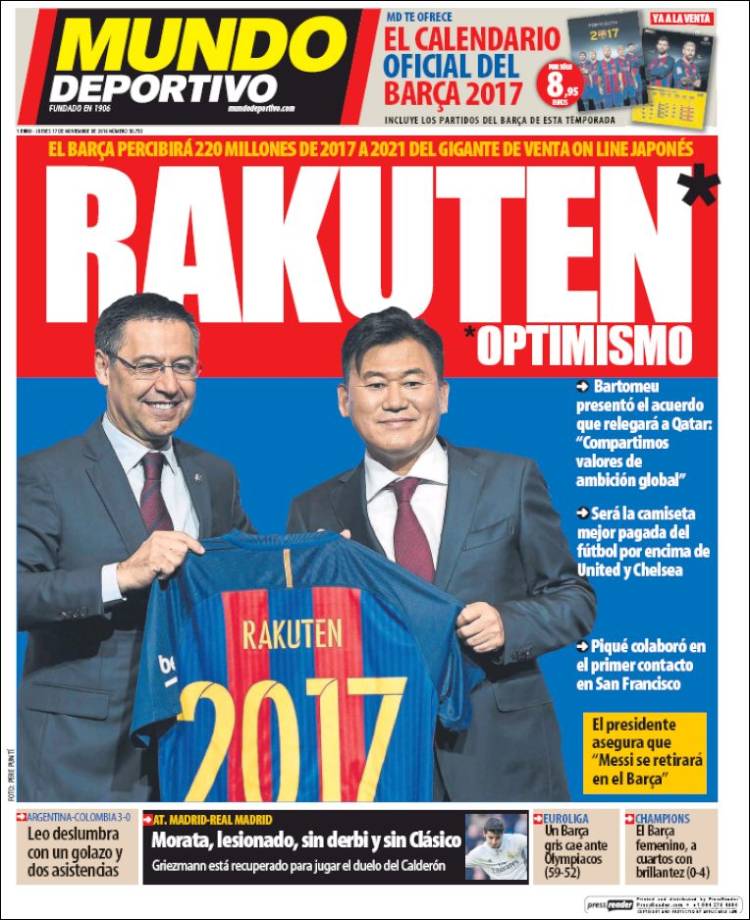 Messi dazzles with a goal and two assists against Colombia

Morata injured - will miss the derby and El Clasico

Griezmann is recuperating to play in the Madrid derby