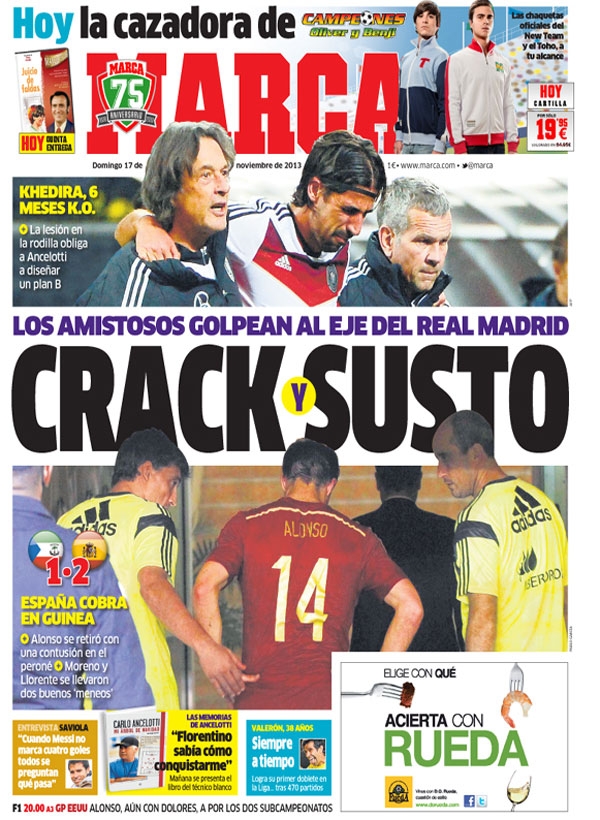 Star and fear
The international friendlies rob Real Madrid of their core
Khedira is out for six months
Ancelotti will now have to employ plan B
Spain's costly win over Guinea
Alonso retired from the game early with a knock to his fibula
Moreno and Llorente made a great cameo together
Ancelotti: "Florento knew how to conquer me"
Tomorrow he will present the coach's book
Always time: Valeron, 38-years-old, has scored his first ever double - after 470 games

Interview with Saviola: "When Messi does not score four goals everyone asks what happened" 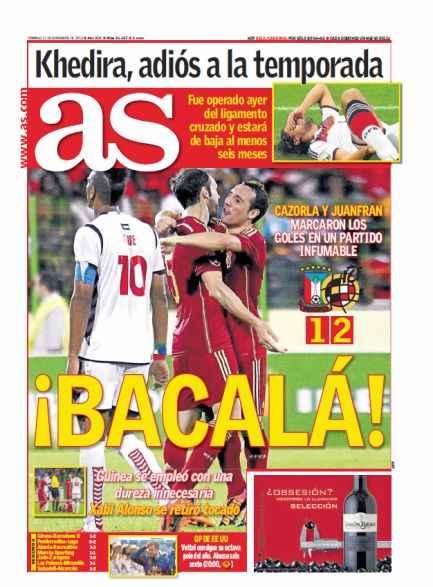 Rough ride
Guinea go unnecessarily hard against Spain
Xabi Alonso retired early with a knock
Cazorla and Juan Fran scored the goals in what was a crappy match
Khedira, his season is over 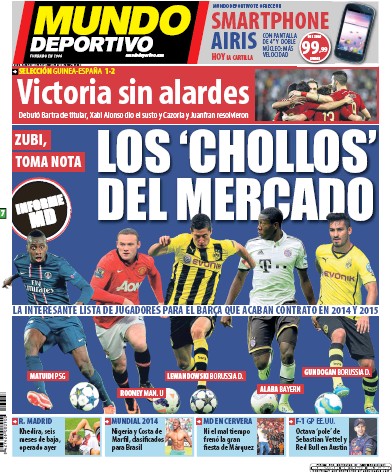 The hottest players on the market
Matuidi, Rooney, Lewandowski, Alaba, Gundogan
Barcelona are interested in all these players
Zubi is keeping an eye on them
Victory but no performance
Bartra debuts, Xabi Alonso another injury scare, Juan Fran returns to the fold
Real Madrid: Khedira out for six months