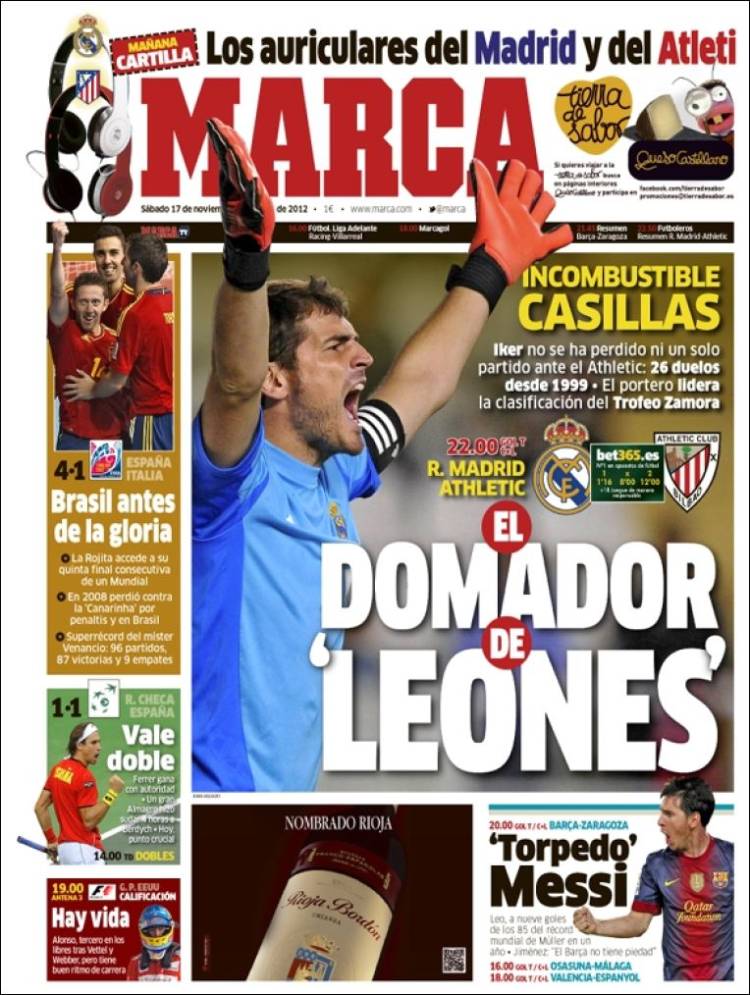 Iker has never lost against Athletic in 26 games since 1999

The goalkeeper leads the table for the Zamora Trophy

Jimenez: “Barca have no respect” 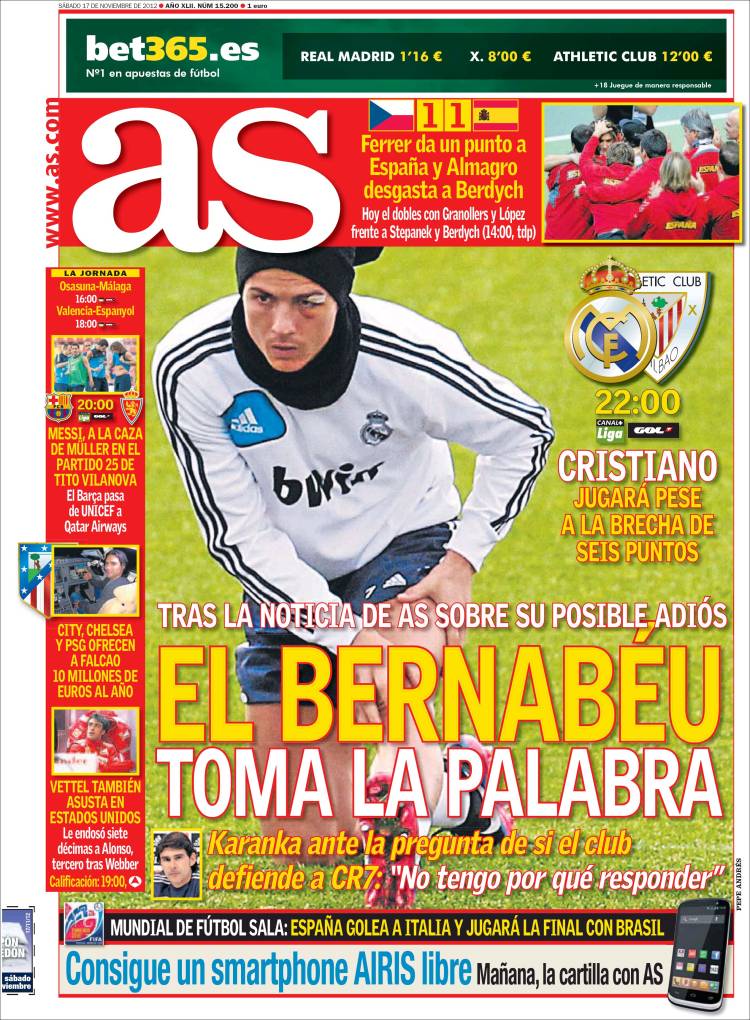 After AS told of Cristiano's possible goodbye, the Bernabeu takes centre stage

Cristiano will play despite six stitches in his wound

Karanka, when asked if the club defends CR7: “I don’t have to respond to that” 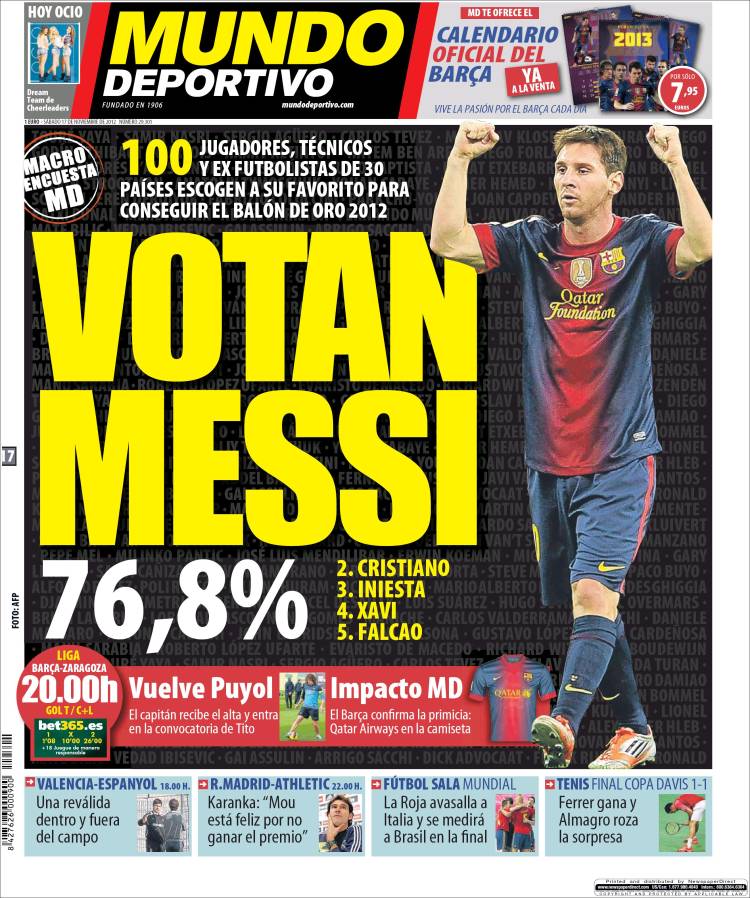 100 players, Coaches and ex-footballers from 30 countries choose Messi as their favourite for the Ballon d’Or 2012

Barca confirm the first appearance: Qatar Airways on the shirt

Valencia-Espanyol: an examination both on and off the pitch

Karanka: “Mou is happy to have not won the award”