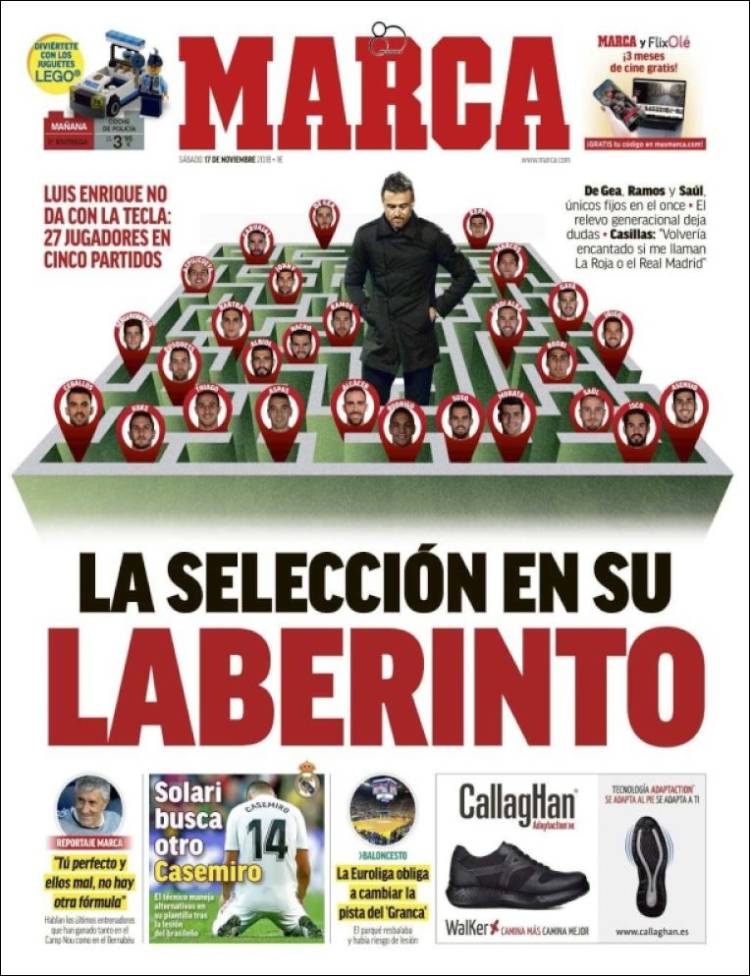 Luis Enrique does not find the key: 27 players in five games

De Gea, Ramos and Saul the only ever-presents in the XI

Casillas: "I'd happilly return if La Roja or Real Madrid wanted me back"

The national team is a labrinth

Solari looks or another Casemiro 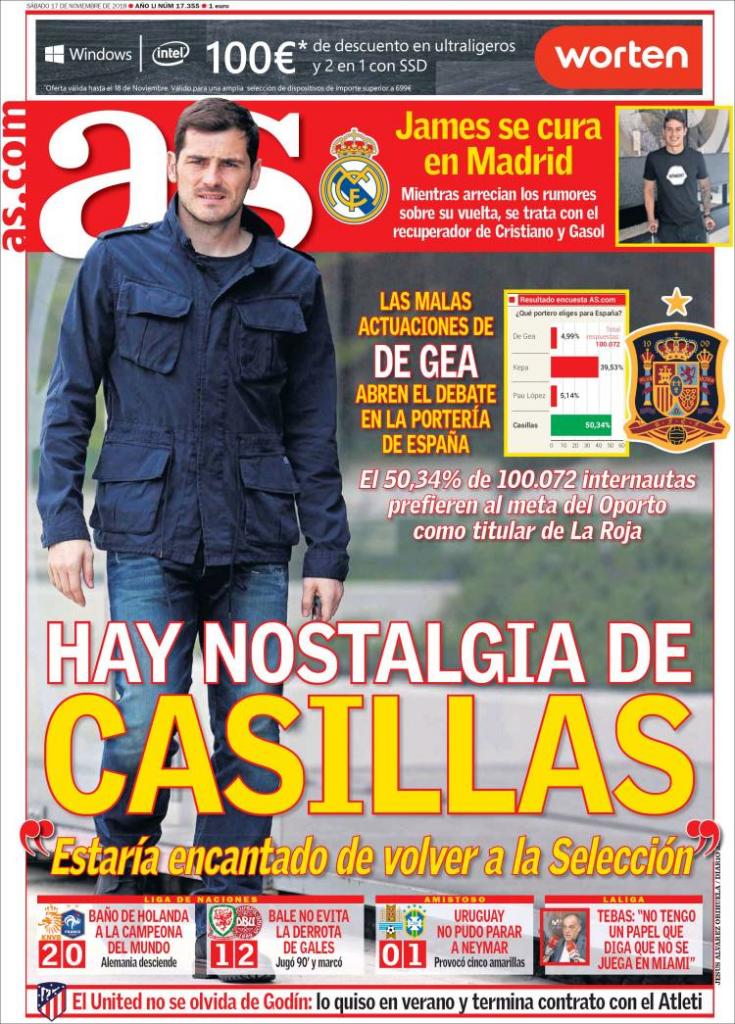 There is nostalgia for Casillas

"I'd be delighted to return to the national team"

Dutch wash-out against the world champions

Tebas: "I don't have a document that says we can't play in Miami"

United do not forget about Godin: they wanted him in the summer and his contract will expire soon 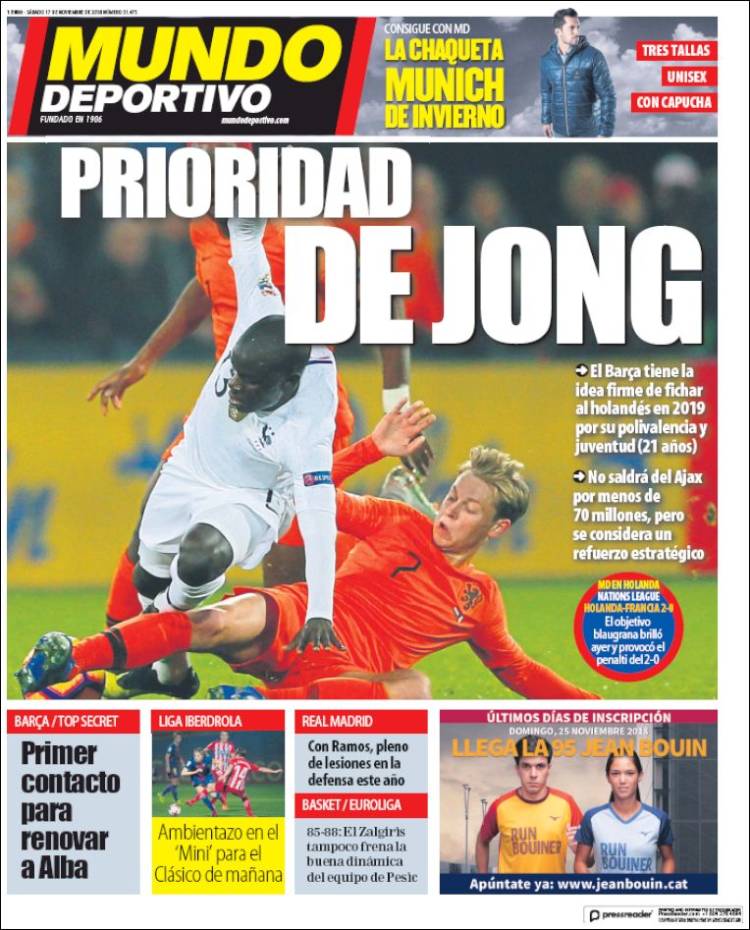 He will not leave Ajax for less than €70m, but he is considered a strategic reinforcement

What an atmosphere at the 'Mini' for tomorrow's Clasico

With Ramos, full of injuries in defence this season