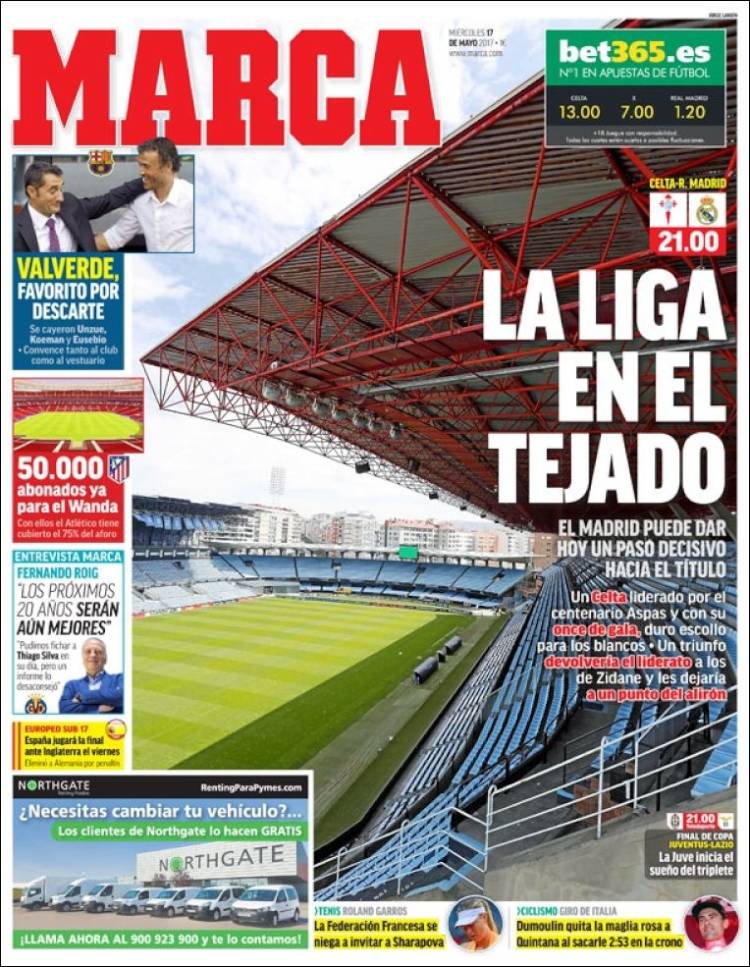 La Liga in the roof

Madrid can take a decisive step towards La Liga title

A Celta led by Iago Aspas and fielding their strongest team will be a tough match for Madrid, a win for Madrid would bring them top of the table and take them to within one point of the title

Fernando Roig - the next 20 years to be among the best 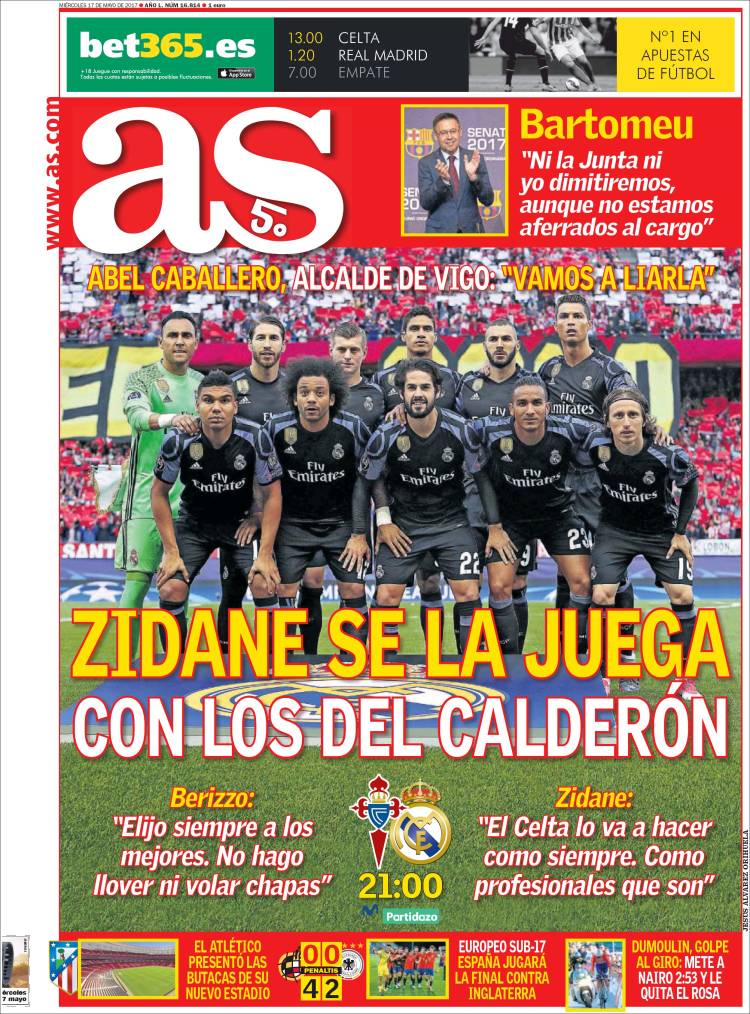 Vigo Mayor Abel Caballero: We will try to mess them up

Berizzo: I always choose the best players. I do not make it rain or blow a storm

Zidane: Celta are always tough, they are strong professionals

Bartomeu: Neither the board nor I will resign, although we aren't clinging to the jobs

Euro Under 17 - Spain to play final against England 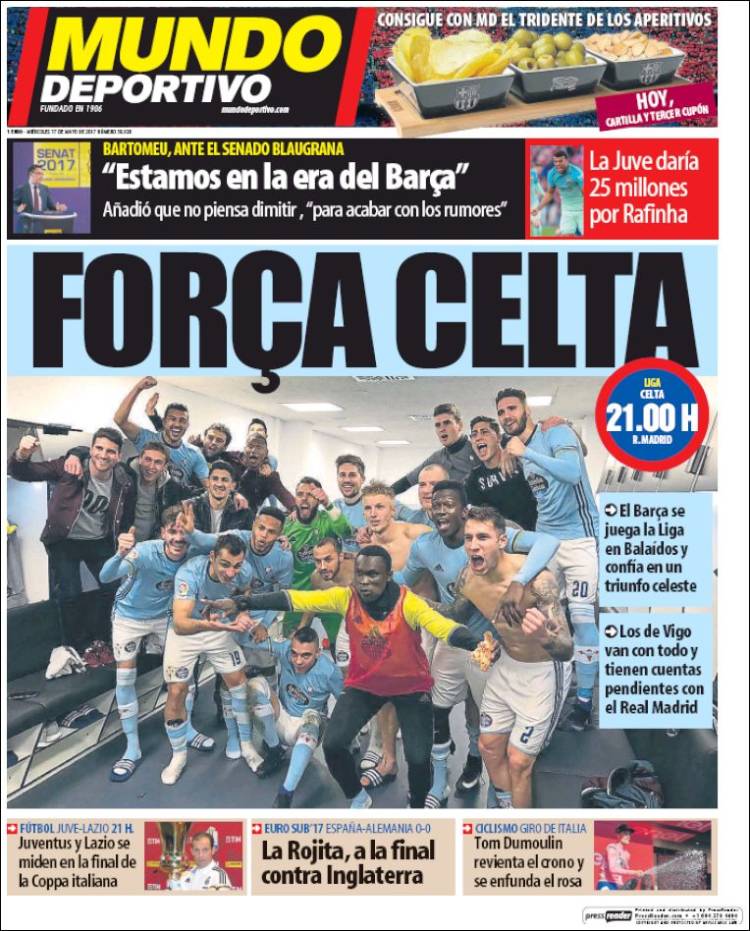 Vigo to go with everything against Madrid

Bartomeu: We are in the era of Barca - won't resign, just 'rumours'