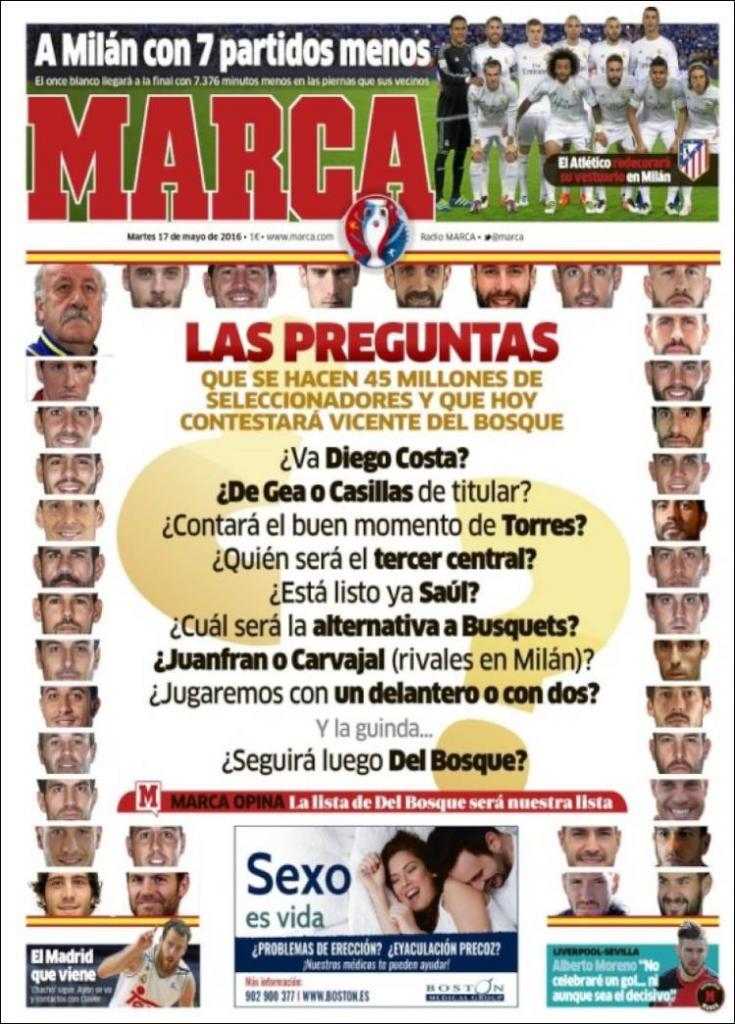 To Milan with seven games fewer

The Blancos XI will reach the final with 7,376 minutes less in their legs than their neighbours

Atletico will redecorate their locker room in Milan

De Gea or Casillas to start?

Does the good form of Torres count?

Who will be the third centre-back?

Who will be the alternative to Busquets?

Juanfran or Carvajal (rivals in Milan)?

Do you play with one forward or two?

And the icing on the cake…

“I won’t celebrate a goal…not even a decisive one” 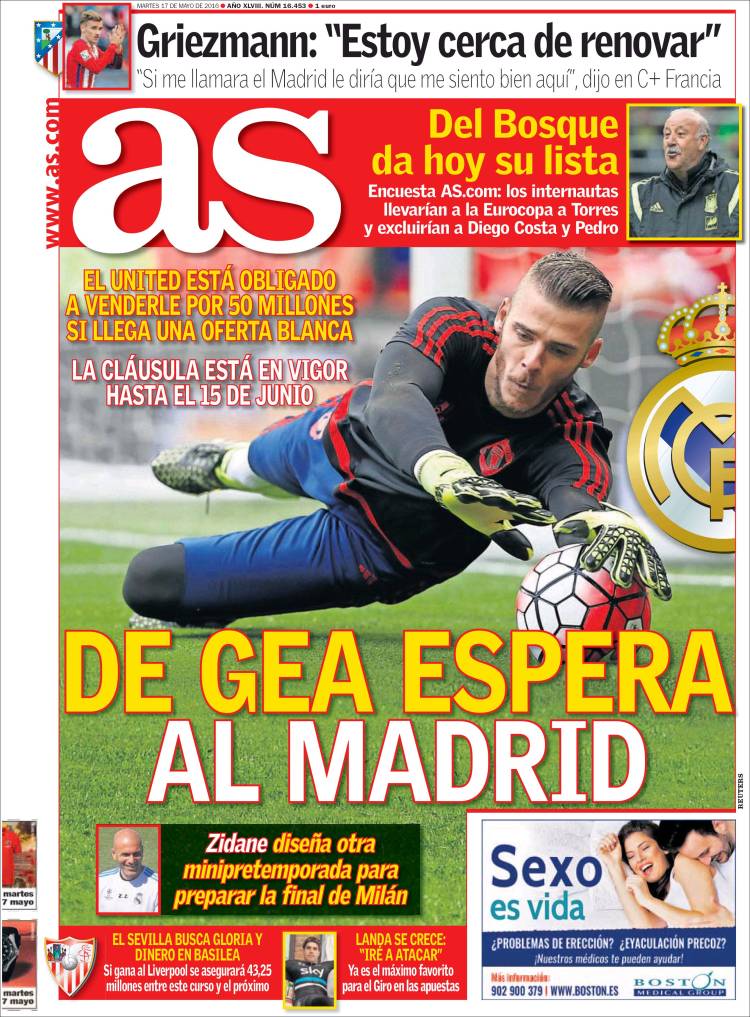 “If Madrid called I’d tell them I feel good here,” he said on C+ France

AS.com survey: Internet users would take Torres to the Euros and exclude Diego Costa and Pedro

The clause is in force until June 15

Beat Liverpool and €43.25m is assured between this season and next 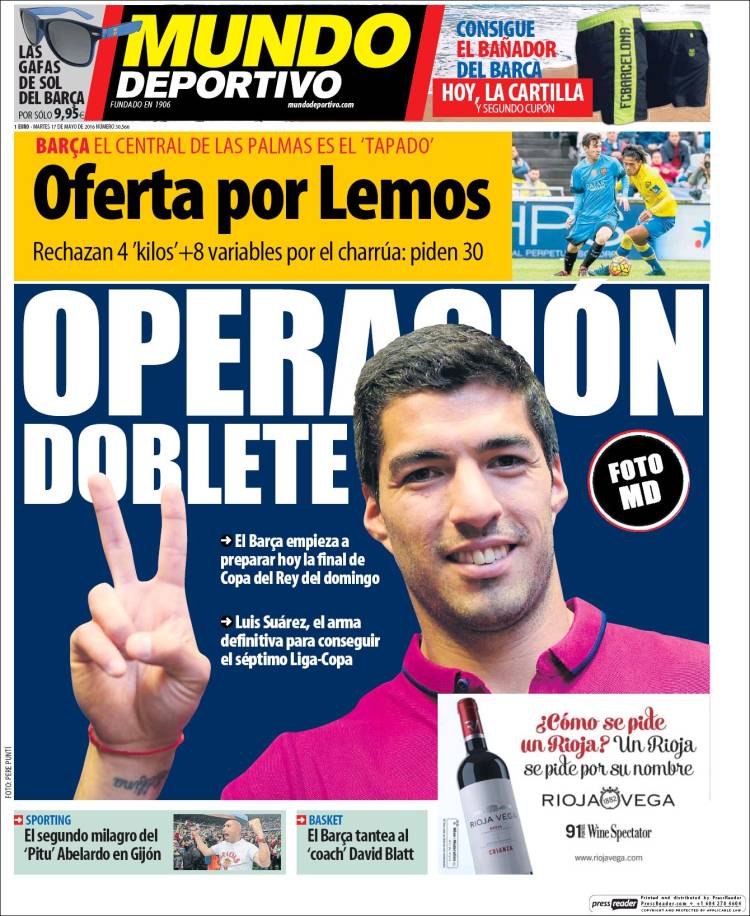 The Las Palmas centre-back is the one ‘covered’

Luis Suarez, the ultimate weapon to get the seventh League-Cup

The second miracle of ‘Pitu’ Abelardo in Gijon