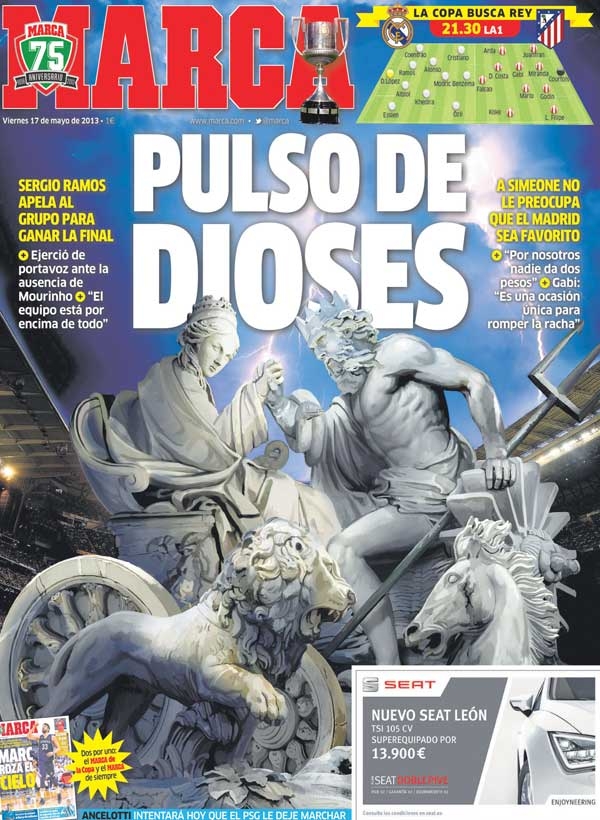 Battle of the Gods

Sergio Ramos appeals to the group to win the final

He acts as the spokesman in the absence of Mourinho

"The team is not distracted," Ramos

Simeone not concerned that Madrid are favourites

"For us nobody us any chance," Simeone

"It is a unique occasion to break our streak," Gabi 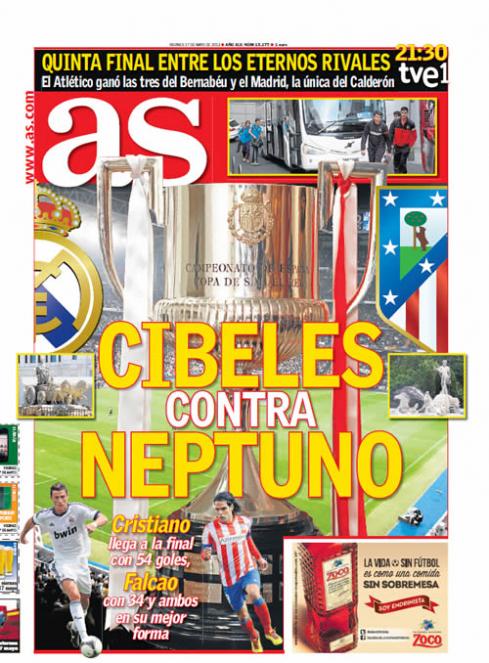 Cristiano arrives at the final with 54 goals

The fifth final between the two eternal rivals

Atletico have won three at the Bernabeu and Madrid, the only one in Calderon 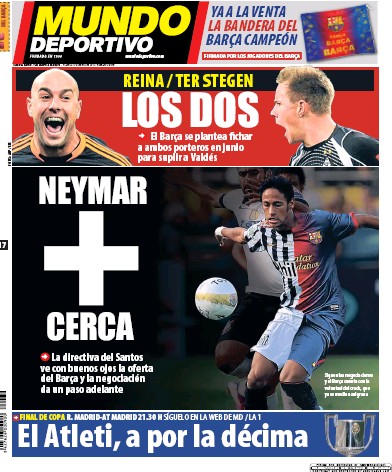