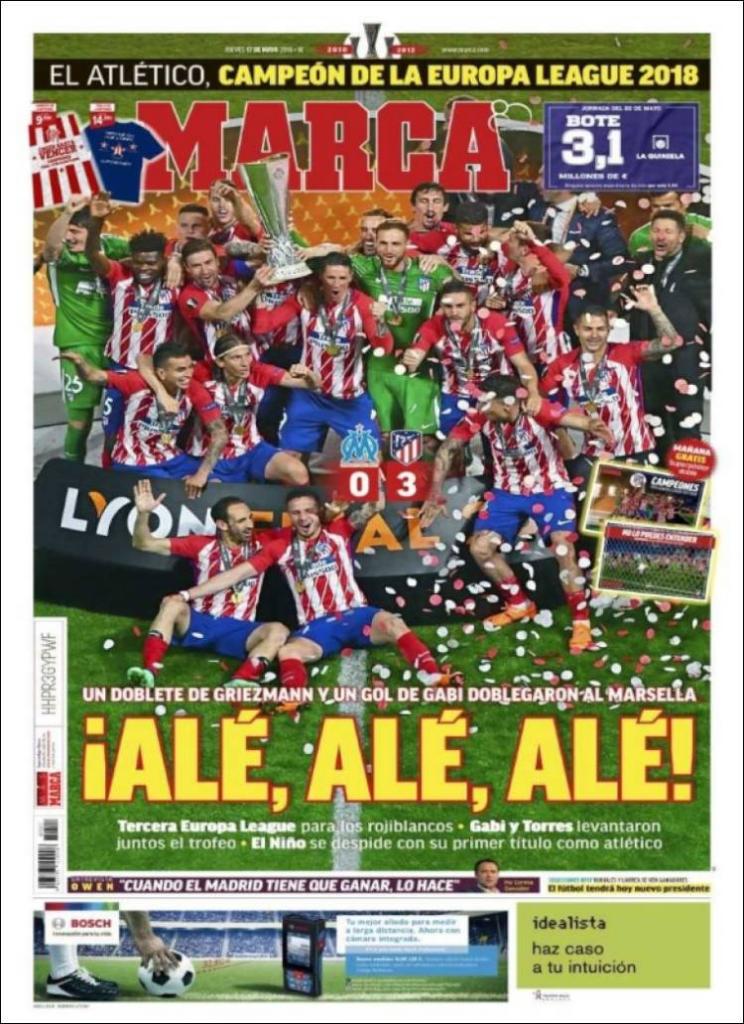 A double from Griezmann and a goal from Gabi crushed Marseille

Gabi and Torres lifted the trophy together

“When Madrid have to win they do so” 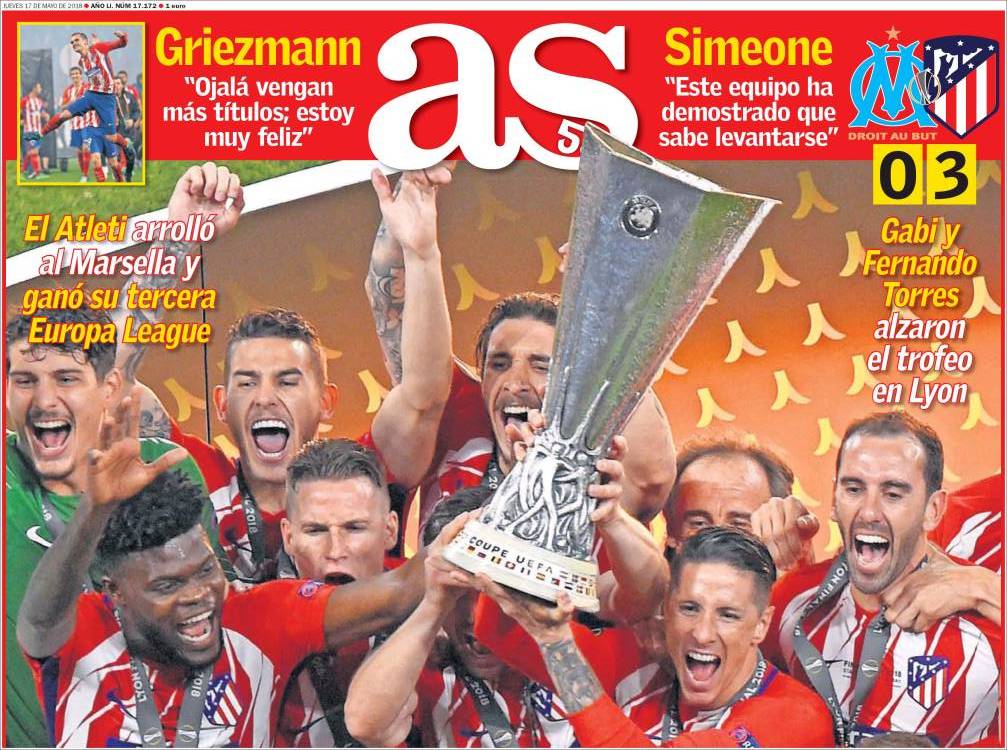 Gabi and Fernando Torres lifted the trophy in Lyon

Griezmann: “Hopefully more titles will come; I am very happy”

Simeone: “This team has shown that it knows how to raise itself” 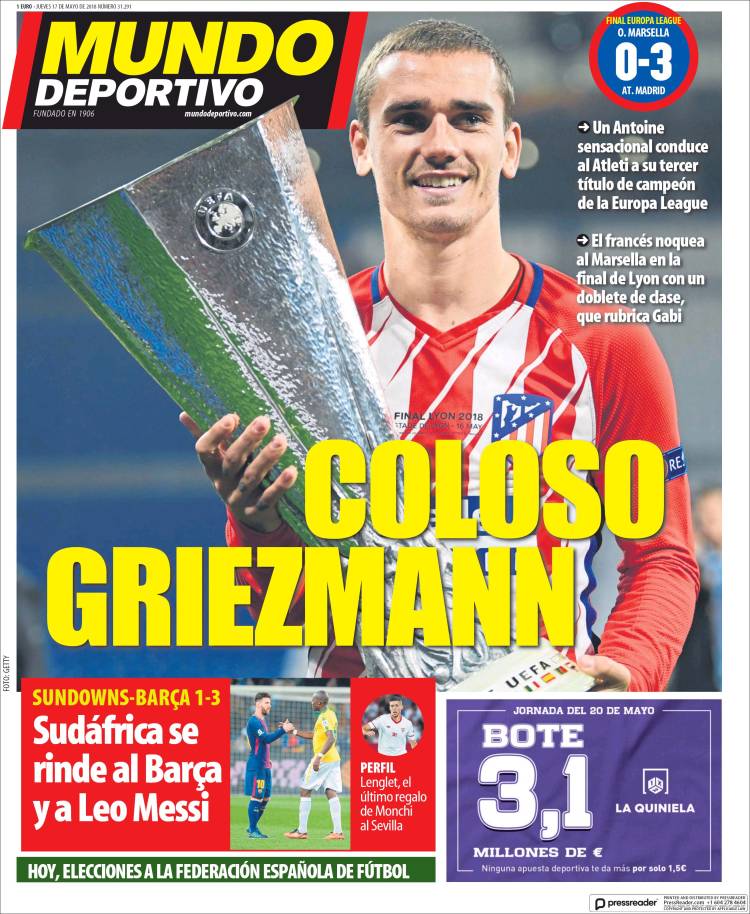 The Frenchman knocked Marseille out in the final in Lyon with a class double, which Gabi rubber-stamped