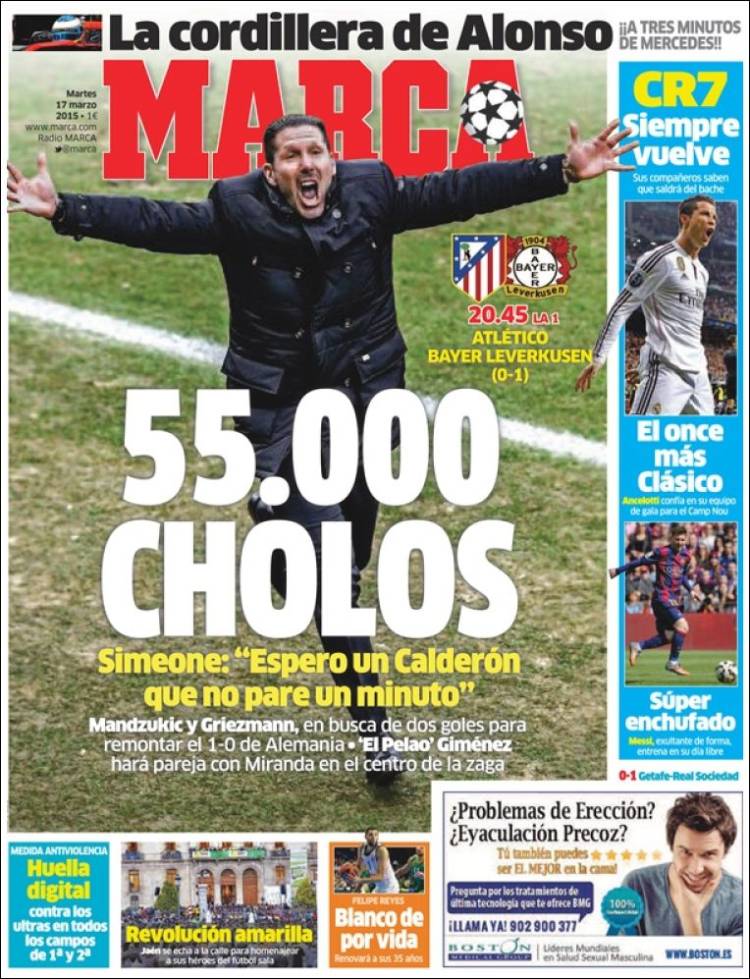 Simeone: “I’m expecting a Calderon that doesn’t stop for one minute”

CR7 always comes back: his teammates know he’ll come out of the slump

The best Clasico XI: Ancelotti trusts in his team of stars for the Camp Nou

Super tuned in: Messi, exultant after Ipurua, trains on his day off

Anti-violence measures: digital footprint against the ultras in every first and second division stadium 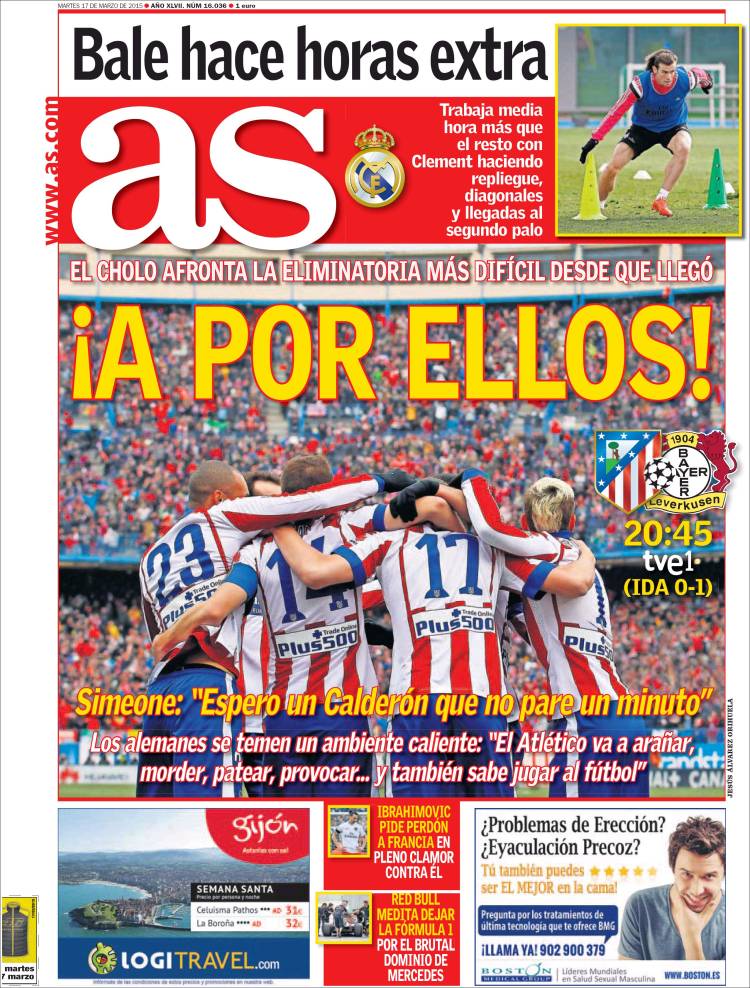 El Cholo faces the most difficult tie since he arrived

Simeone: “I’m expecting a Calderon that doesn’t stop for one minute”

The Germans fear a hostile atmosphere

Bale puts in extra hours: he works half-an-hour more than the rest with Clement, doing repeat runs, diagonals and getting in at the far post

Ibrahimovic apologises to France after a great clamour against him 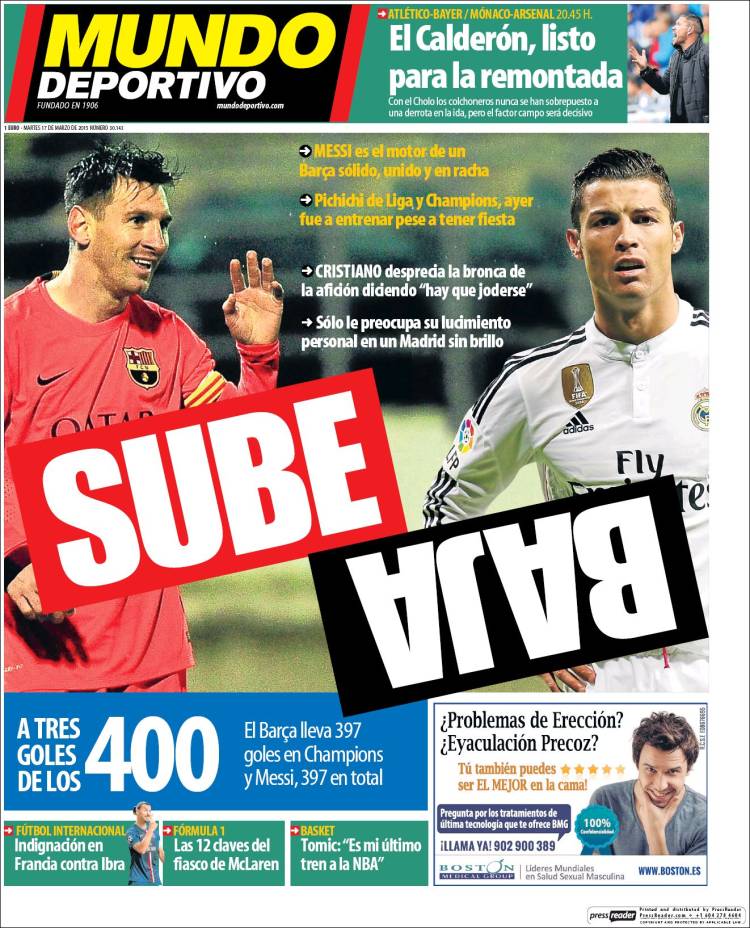 Pichichi of La Liga and the Champions League, he even trained yesterday despite it being a day off

The Calderon, ready for the comeback

With El Cholo, Los Colchoneros have never come back from a first-leg defeat, but the fact they are playing at home could prove decisive

Three goals from 400: Barca have scored 397 goals in the Champions League and Messi has personally 397 in total

Outrage in France against Ibra