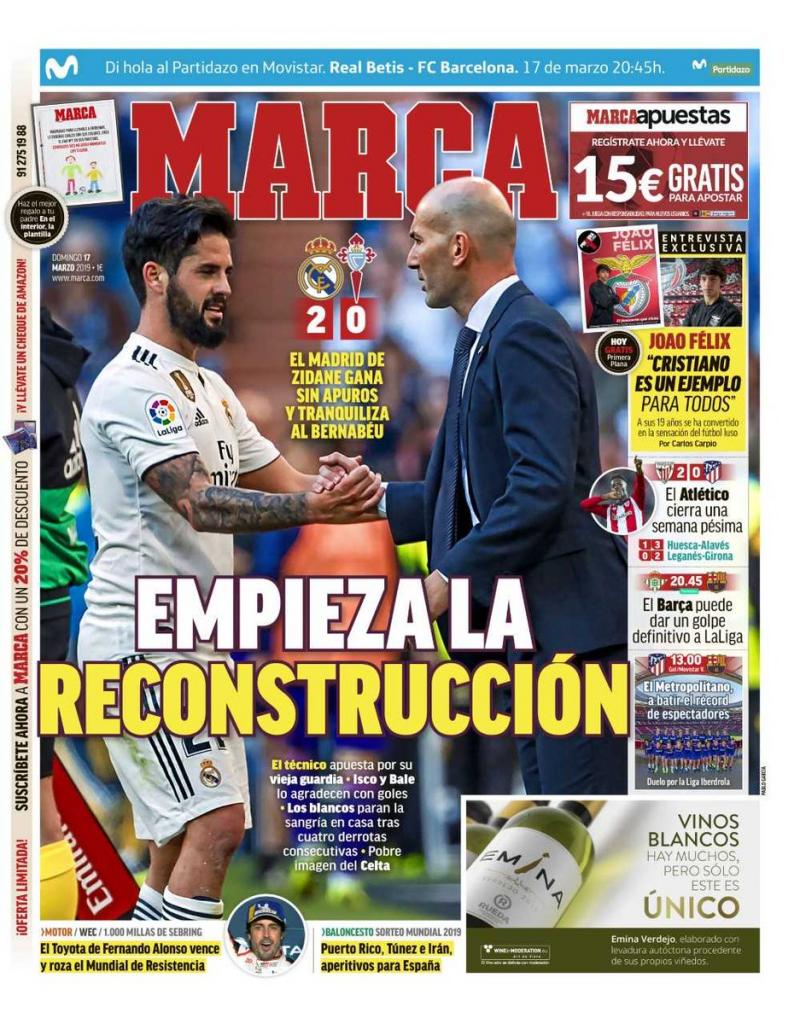 REAL MADRID: The Rebuilding Begins - Zidane wins his first game back, and calms the nerves at the Santiago Bernabeu. The Frenchman brings back his old guard, and Isco and Gareth Bale reward his faith with goals, as they end a run of four consecutive defeats.

BARCELONA: Barcelona can take another step towards defending their La Liga title with a win over Real Betis on Sunday. 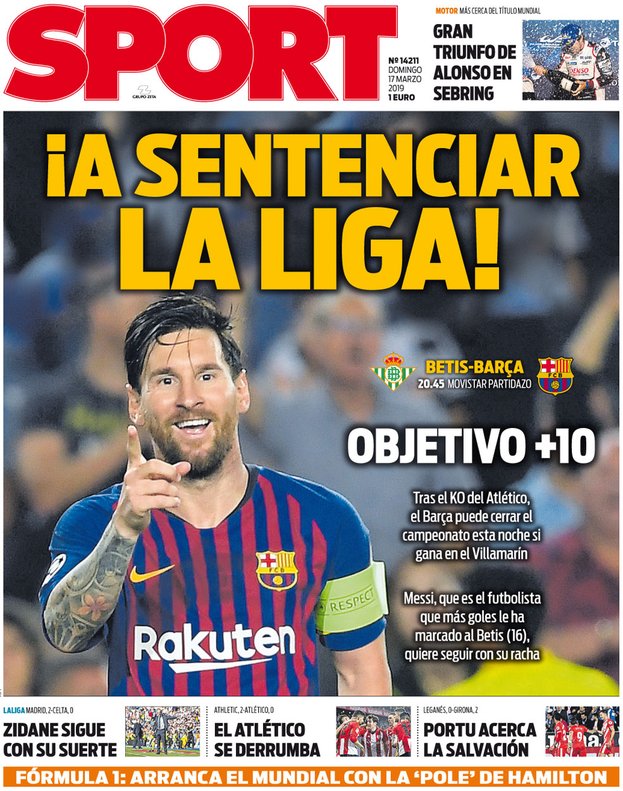 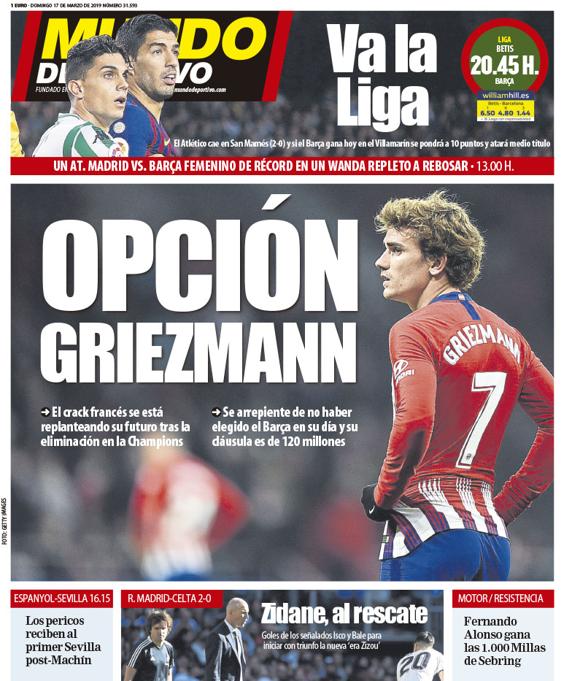 ATLETICO MADRID/BARCLEONA: Griezmann's Options - The French international is reportedly reconsidering his options at the Wanda Metropolitano, after Diego Simeone's side were eliminated from the Champions League. He turned down a summer move to Barcelona to remain in Madrid, but his new contract includes a €120m release clause.

REAL MADRID: Zidane's new era begins with a 2-0 win over Celta Vigo, with goals from Isco and Gareth Bale.