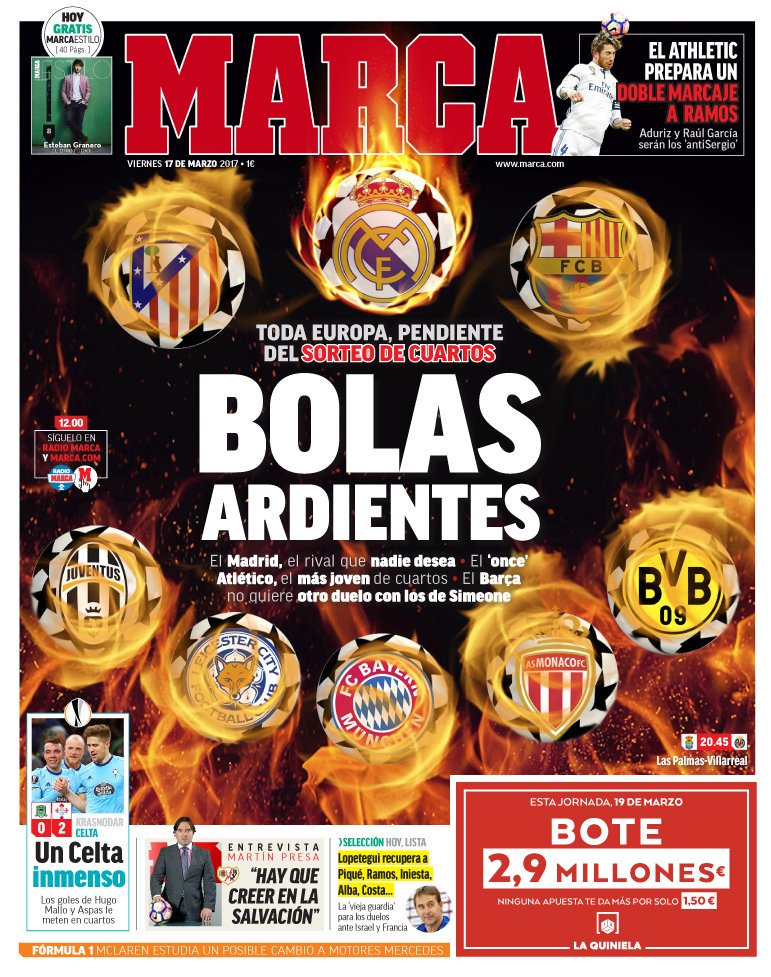 Real Madrid - the rival nobody wants, Atletico's 'eleven' are the youngest left in the tournament, Barca don't want a match with Atleti

All of Europe with eyes on the quarters

Martin Prensa - You have to believe in salvation 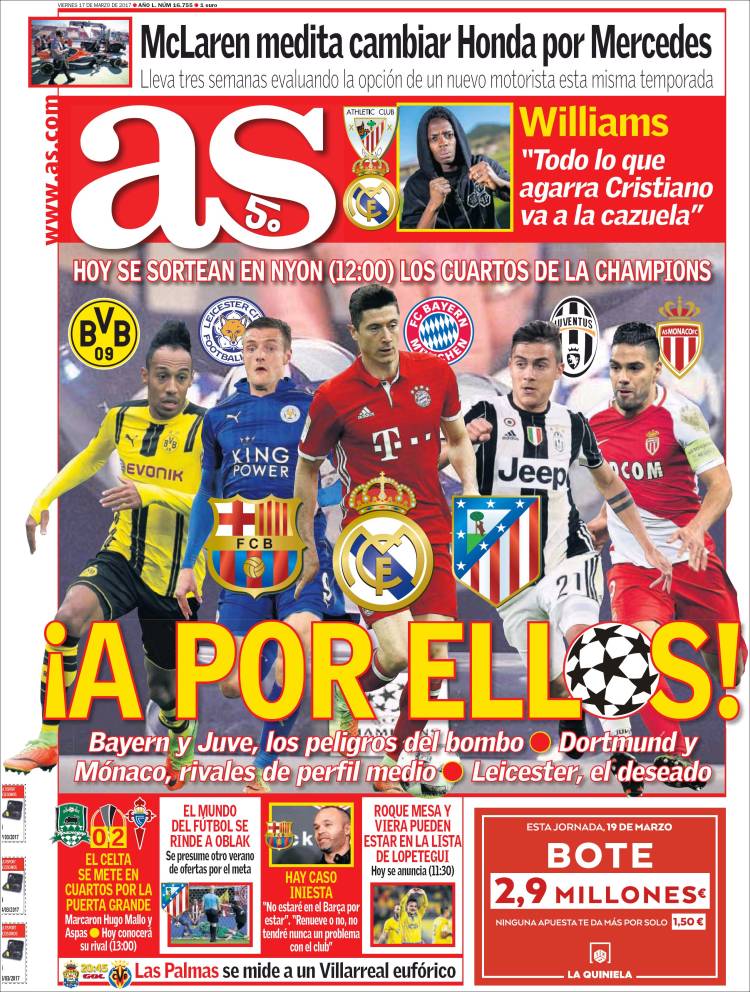 Bayern and Juve are the two big dangers everyone wants to avoid, Dortmund and Monaco, rivals of medium danger, Leicester the team everyone wants

Inaki: Everything that Cristiano grabs goes into the pot

Celta get into the quarters - Goals from Hugo Mallo and Aspas, today they find out their opponents (13,00, CET)

Iniesta's case - "I won't be at Barca just for being there," "Renew or not, I will never have a problem with the club"

Roque Mesa and Viera expected to be in Spain squad

Las Palmas to be measured against Villarreal 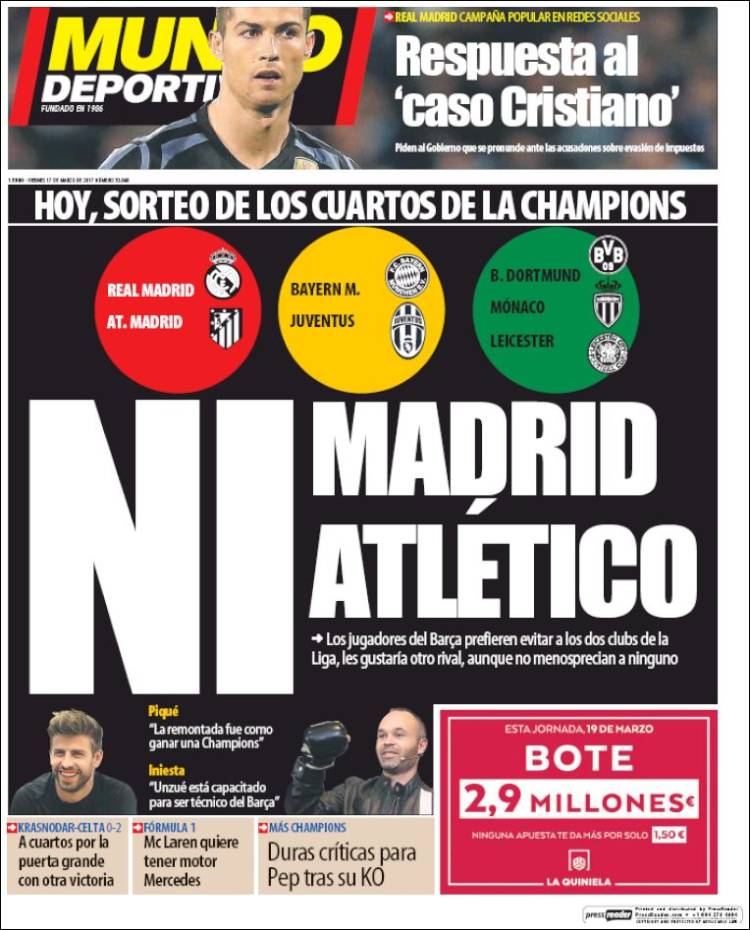 Neither Madrid nor Atletico

Pique: The comeback was like winning the Champions League

Iniesta: Unzue is capable of being the Barcelona manager

Answer to the 'Ronaldo case'

Celta advance to quarters with 2-0 win over Krasnodar