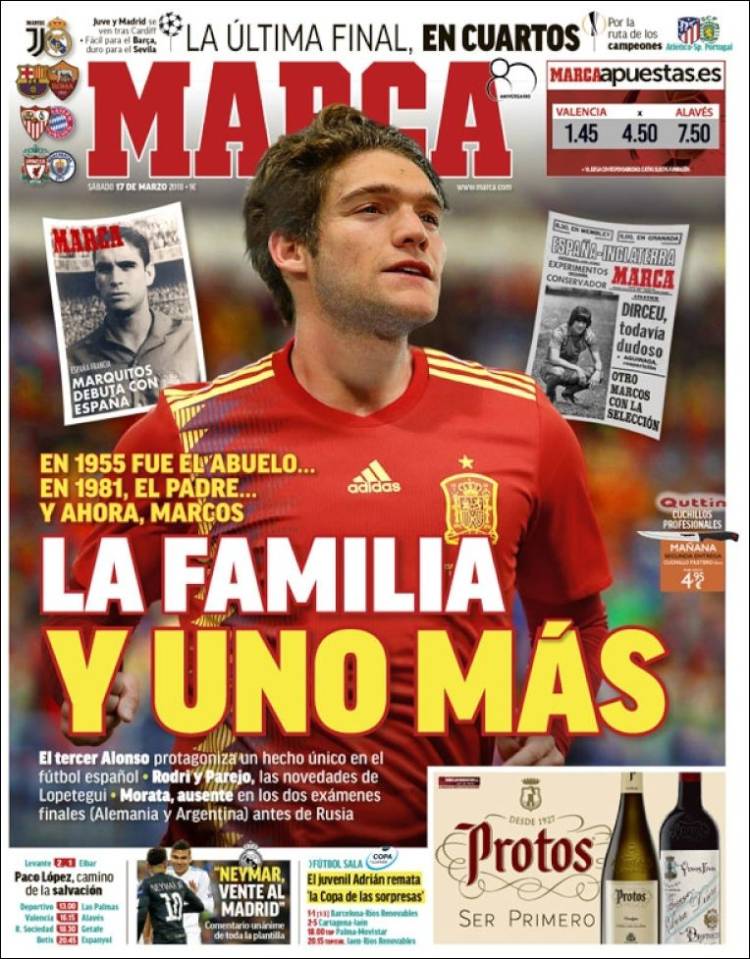 The last Final, in the quarters

Easy for Barca, tough for Sevilla

Morata, absent for the two tests before the Finals in Russia 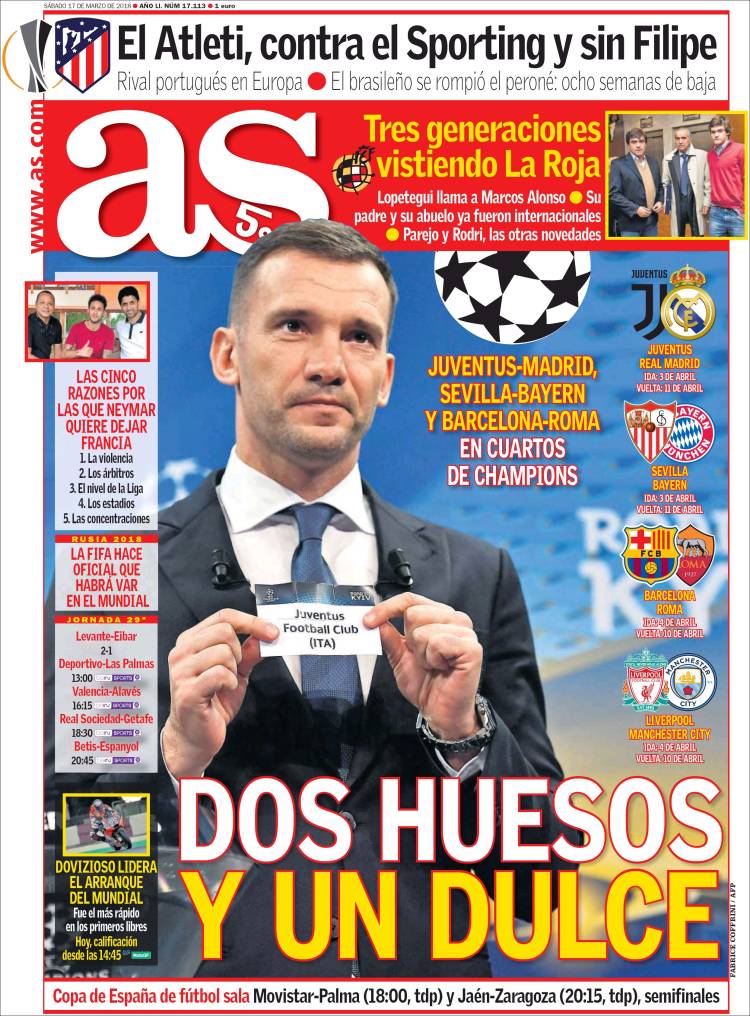 Atleti, against Sporting and without Filipe

Portuguese opponents in the Europa League

The Brazilian fractures his tibia: eight weeks out

Two tough and one sweet

FIFA confirm VAR will be at the World Cup 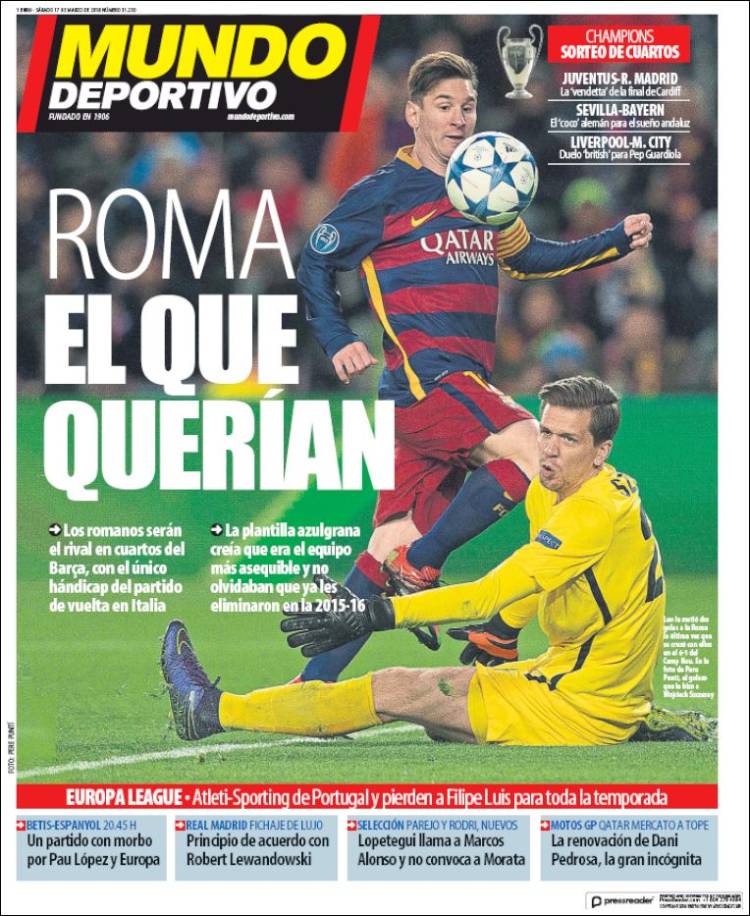 The ones they wanted

The Romans will be Barca's opponents in the quarter-finals, with the only drawback being that the second leg will be played in Italy

A match with curiosity for Pau Lopez and Europe

Agreement in principle between Madrid and Robert Lewandowski

Lopetegui calls up Marcos Alonso but not Morata