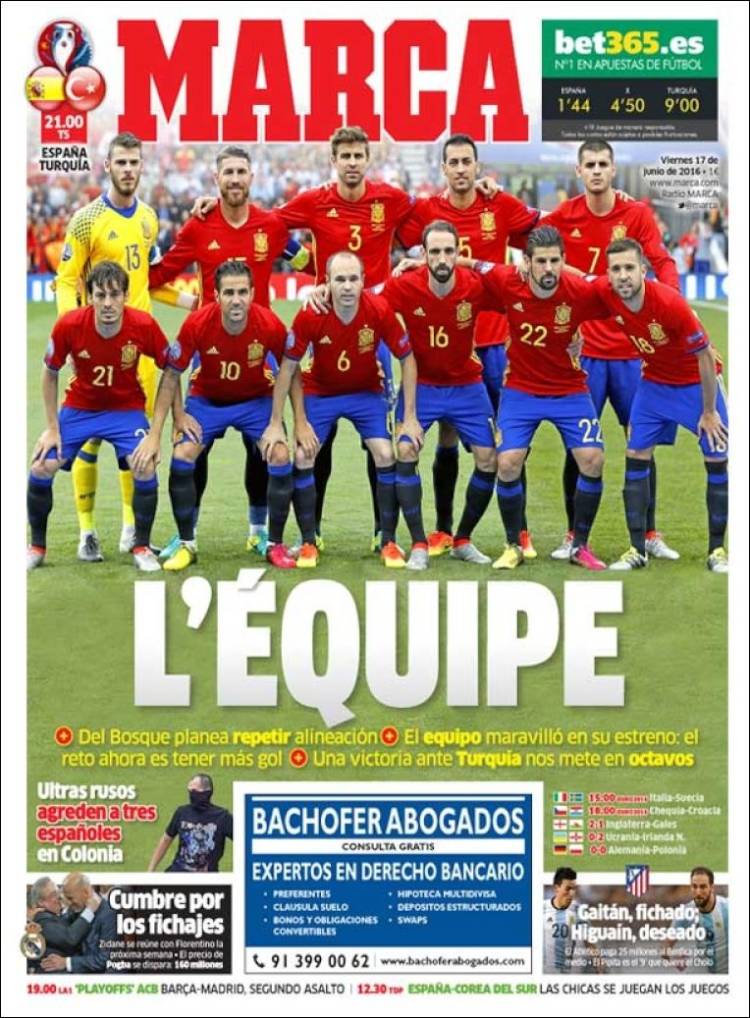 The team starred on its debut; now the challenge is to score more goals

A victory against Turkey will put us in the Last 16

Signings summit: Zidane will meet with Florentino next week 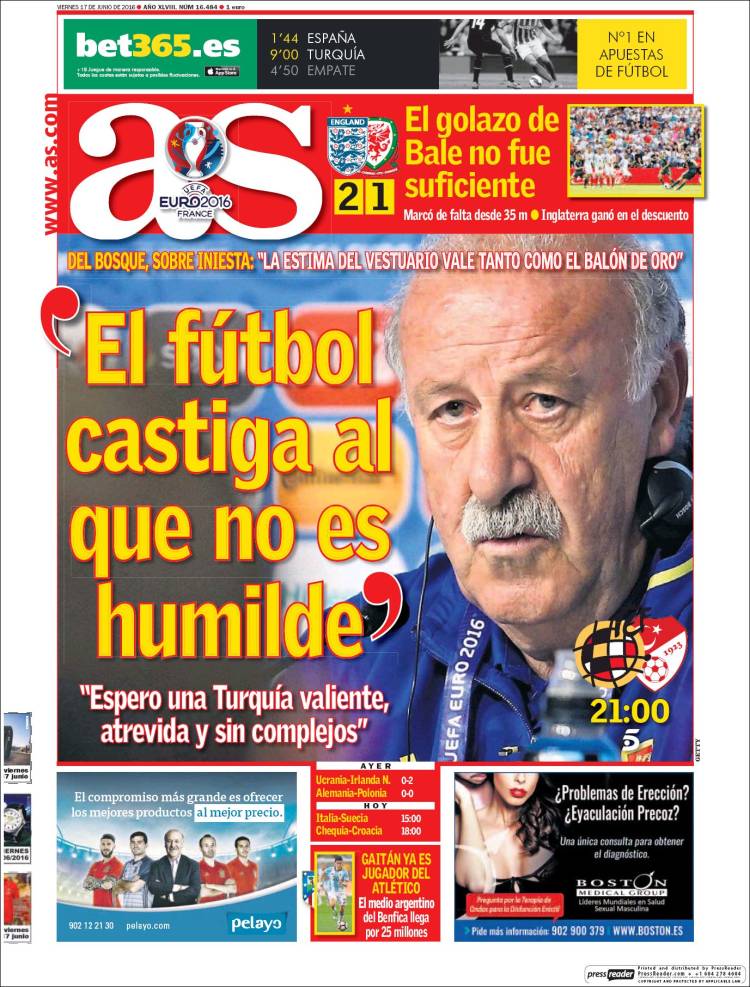 ‘Football punishes those who aren’t humble’

Del Bosque on Iniesta: “The appreciation of the dressing room is worth as much as the Ballon d’Or”

“I expect a brave Turkey, one that’s adventurous without any complexes”

A great goal from Bale is not enough; he scores a free-kick from 35 metres

Gaitan is now an Atletico player; the Argentine midfielder arrives from Benfica for €25m 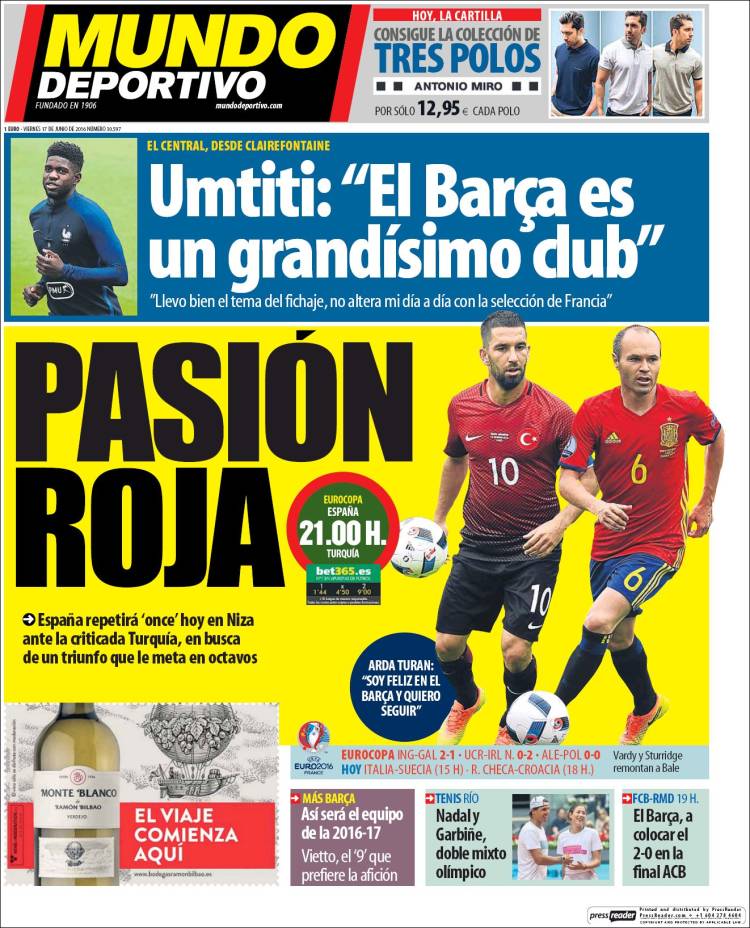 Spain will repeat their ‘XI’ in Nice against criticised Turkey, in search of the win that will put them into the Last 16

Arda Turan: “I’m happy at Barca and I want to continue”

The central defender speaks from Clarefontaine; Umtiti: “Barca are a great club”

“I feel good about the matter of signing, but I won’t alter my daily routine with the France national team”