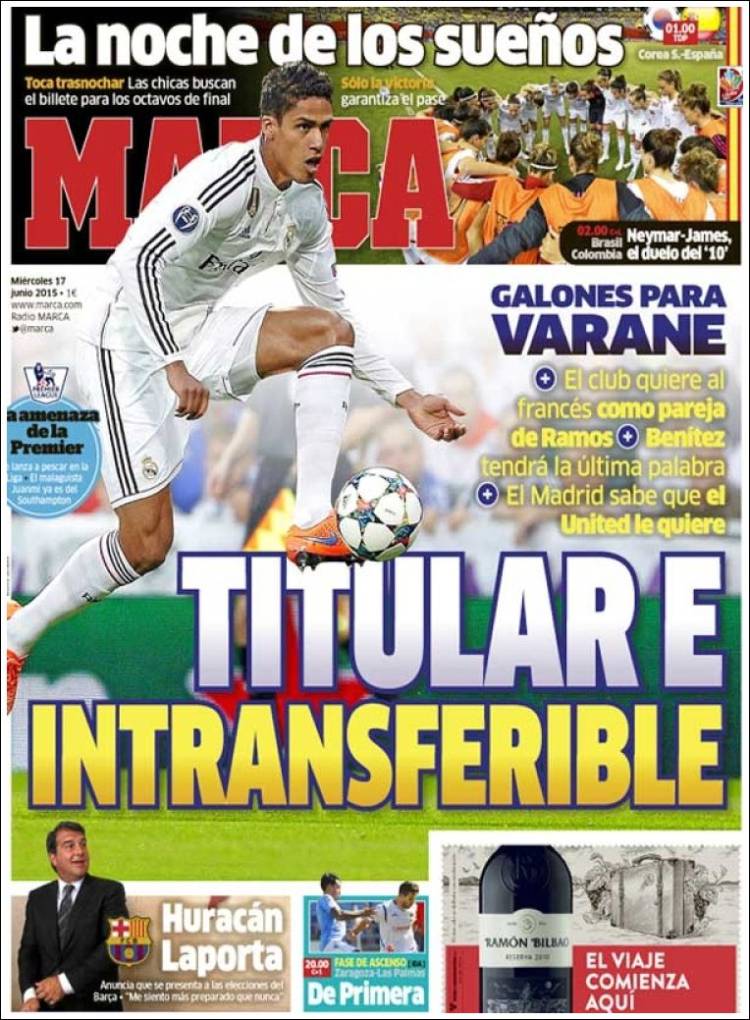 The club want to pair the Frenchman with Ramos

Benitez will have the last word

The night of dreams

The women look for the ticket to the quarter-finals

Only a win guarantees progression

Neymar-James, duel of the No 10s

He announces he is standing in the Barca elections

“I feel more prepared than ever” 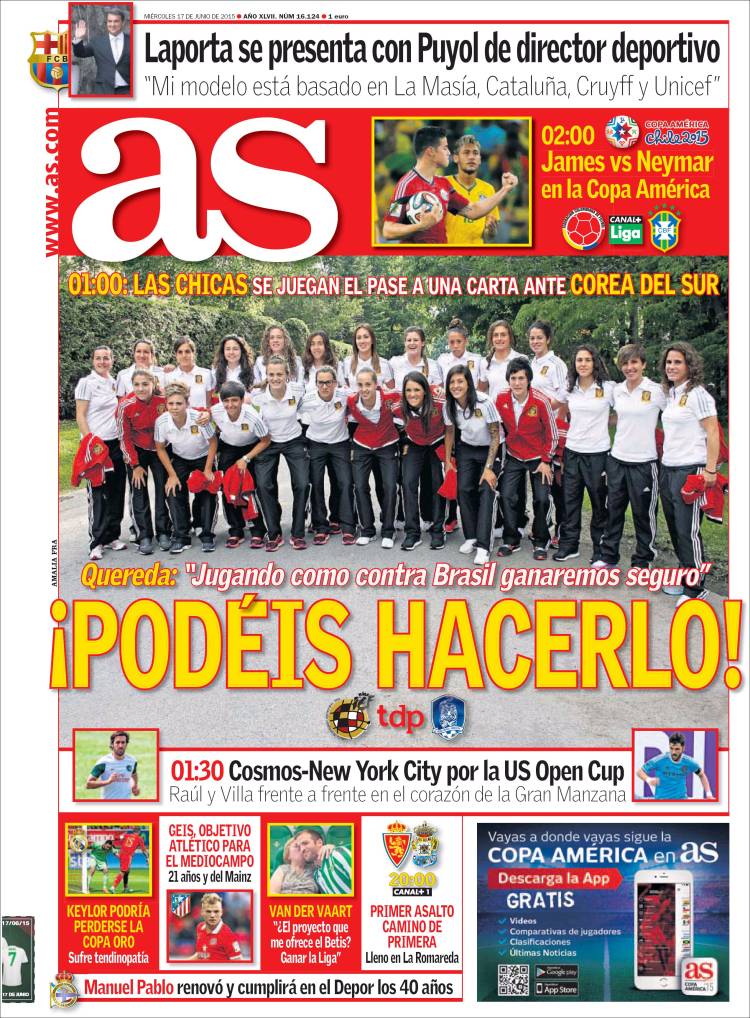 You can do it!

The women play for qualification against South Korea

Quereda: “Play as against Brazil to gain security”

“My model is based on La Masia, Catalonia, Cruyff and Unicef”

Cosmos-New York City for the US Open Cup

Keylor could miss the Gold Cup

Geis, objective for the centre of Atletico’s midfield

21-years-old and at Mainz

“What project did Betis offer me? To win the League”

First assault on the road to the Primera

Manuel Pablo renews and will reach 40 at Depor 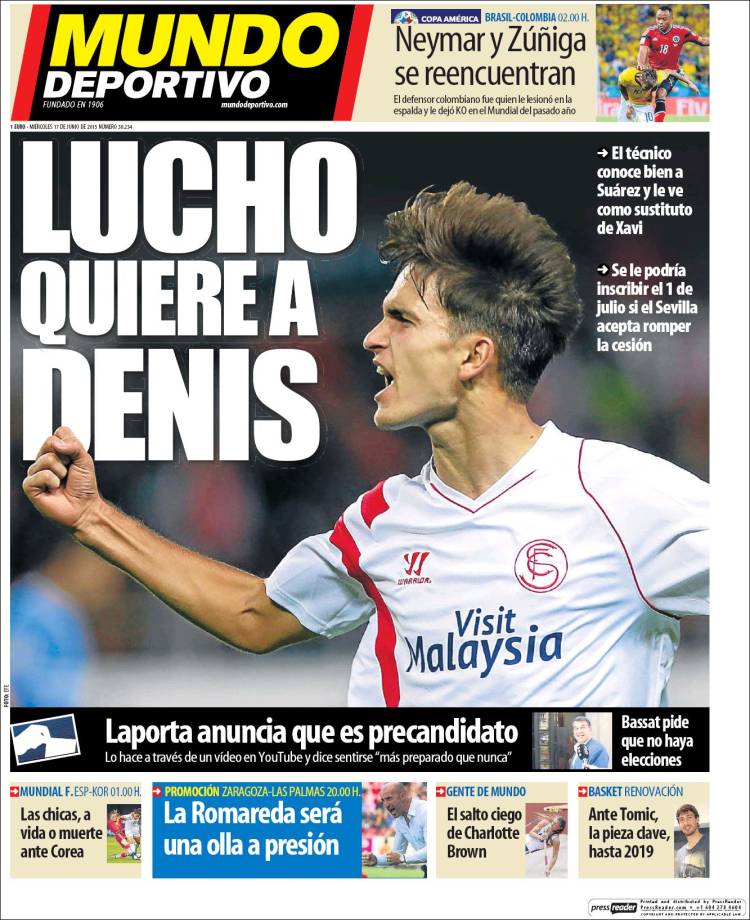 Bassat requests there be no elections

The women, life or death against South Korea

La Romareda will be a pressure cooker