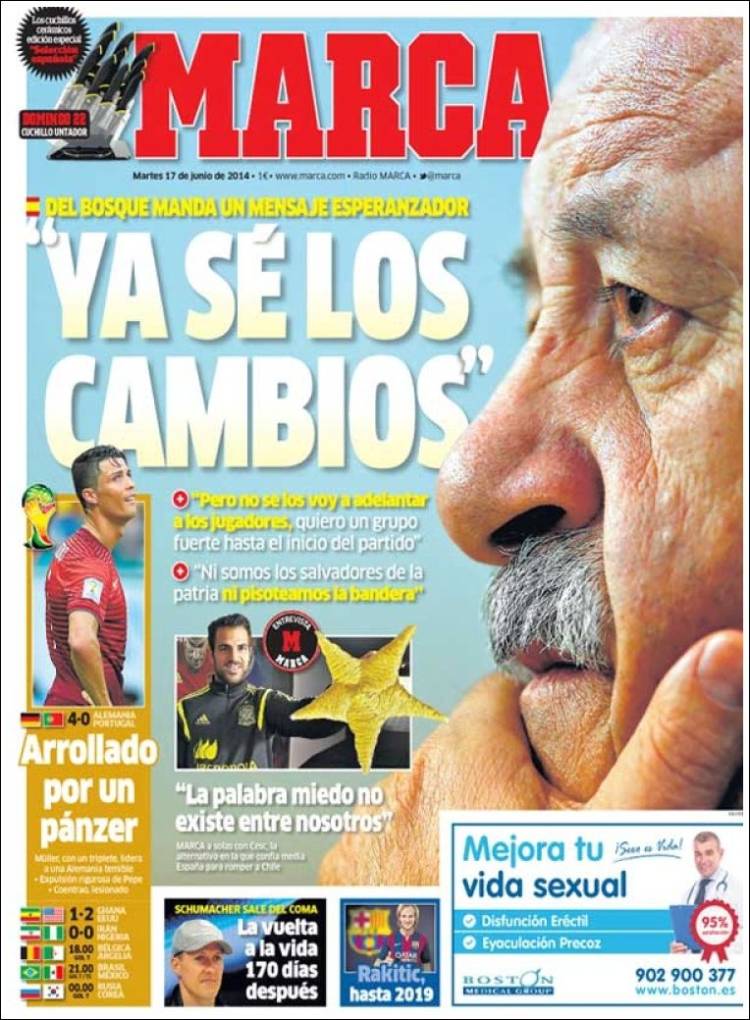 I already know the changes

But I will not tell the players before hand, I want a strong group until the start of the match

The word fear does not exist among us

Marca one on one with Cesc, the alternative who most of Spain have faith in to break down Chile

Crushed by a tank

A harsh red for Pepe 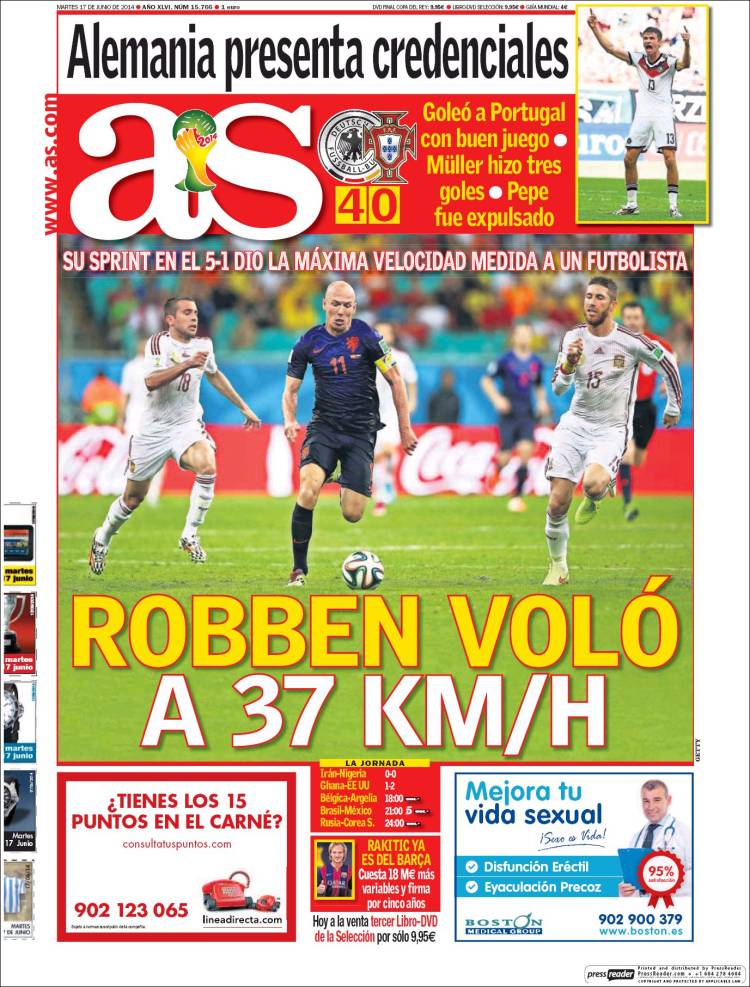 They thrash Portugal with good football

Muller scored three and Pepe was sent off

Rakitic is already a Barca player

He costs €18m plus add-ons and signs for five years 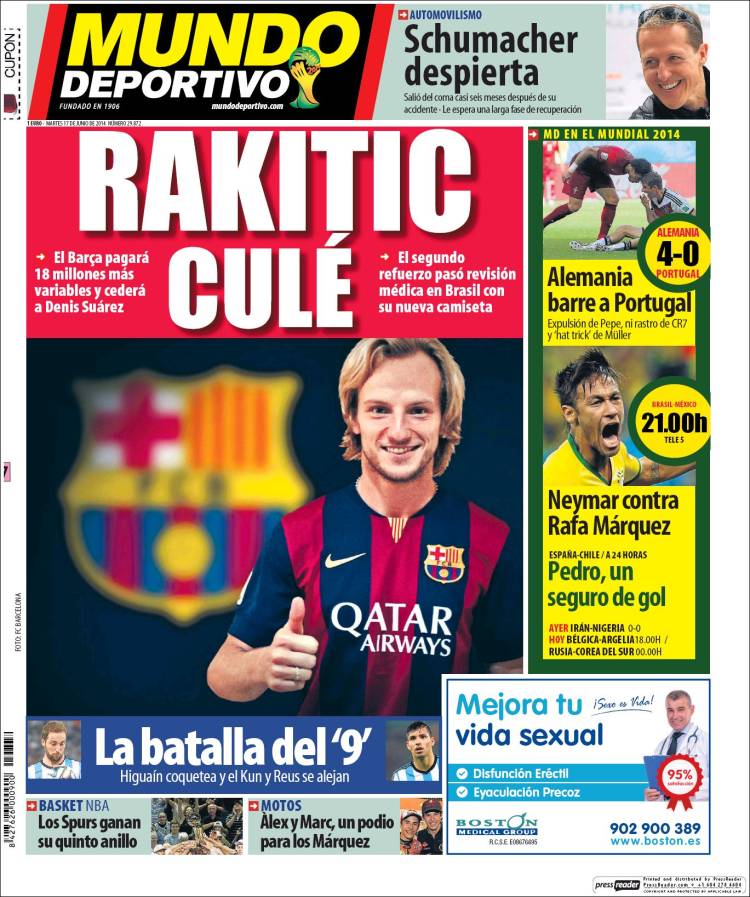 Rakitic is a Cule

The battle of the number 9

Pepe sent off, no sign of CR7 and a Muller hat-trick

Pedro, a sure goal