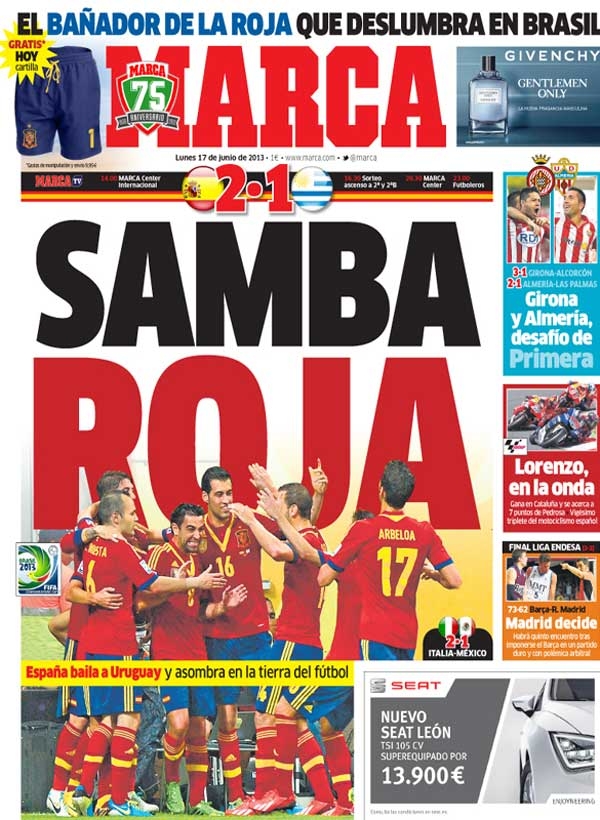 The Reds dazzle in Brazil

Spain dance around Uruguay and dazzle the football world 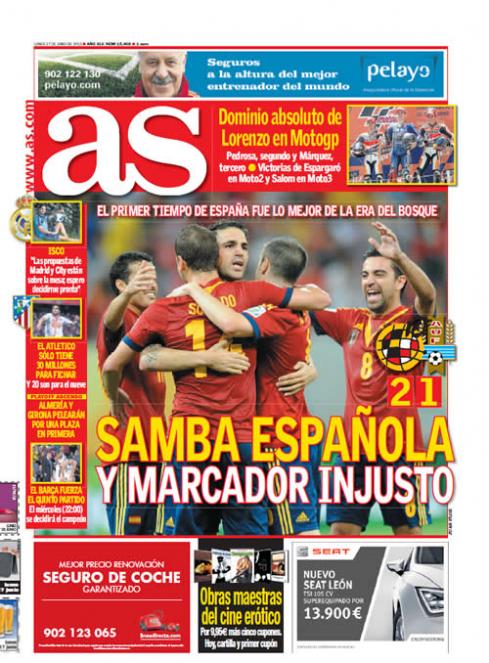 Spanish samba but the result is unfair

Isco: "The proposals from Madrid and City are on the table, I will decide soon"

Almeria and Girona to fight for a place in the Primera

Wednesday the champion will be decided

Absolute domination from Lorenzo in the MotoGP

Victories for Espargaro in Moto2 and Salom in Moto3 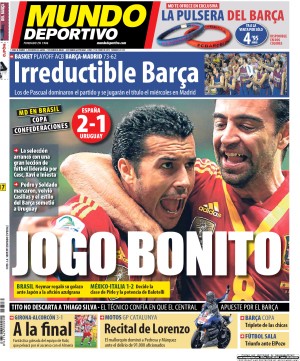 Neymar: "I dedicate it to Barca"

"I shot with all my strength," Neymar says over his goal that the world has praised

Spain v Uruguay: All the information from the opening game on mundodeportivo.com

Tito does not discard Thiago Silva, the coach is confident a central defender will arrive

Promotion to the Primera

Almeria and Girona to dispute the final place

Another master class from Lorenzo

The Mallorcan dominates Pedrosa and Marquez in front of 91,000 fans

Barca, Cup: A triple for the ladies