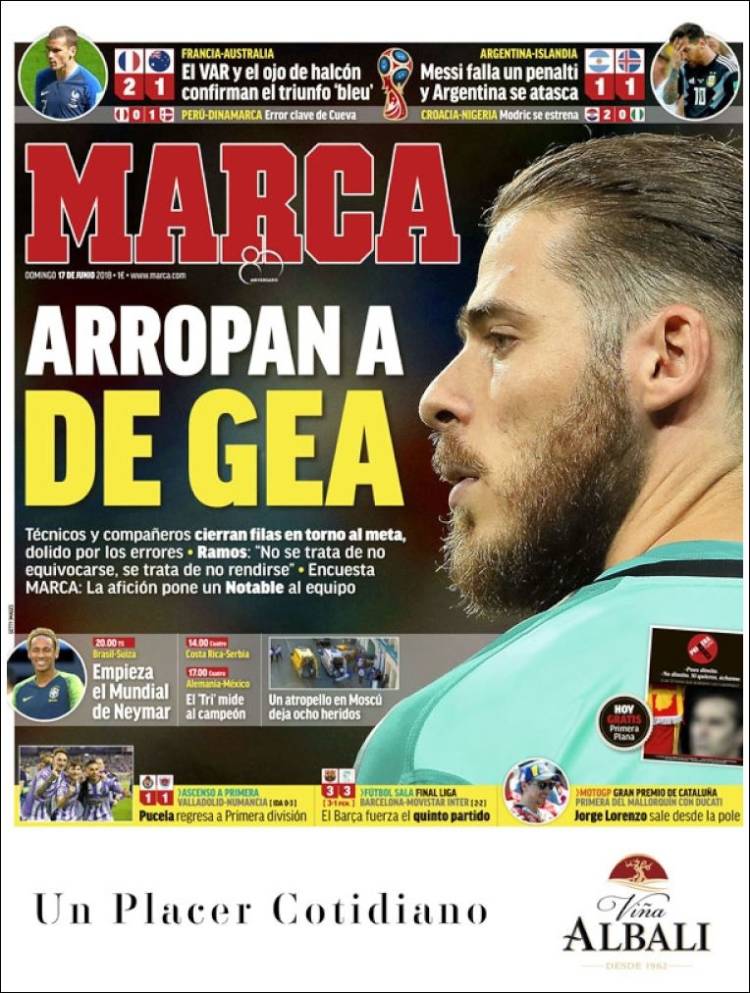 Messi misses a penalty and Argentina get stuck

Coaches and teammates rally around the goalkeeper, who is hurt after his errors

Ramos: "It's not about not messing up, it's about not giving up"

Marca poll: the fans give the team a 'remarkable' grade

Pucela return to the Primera 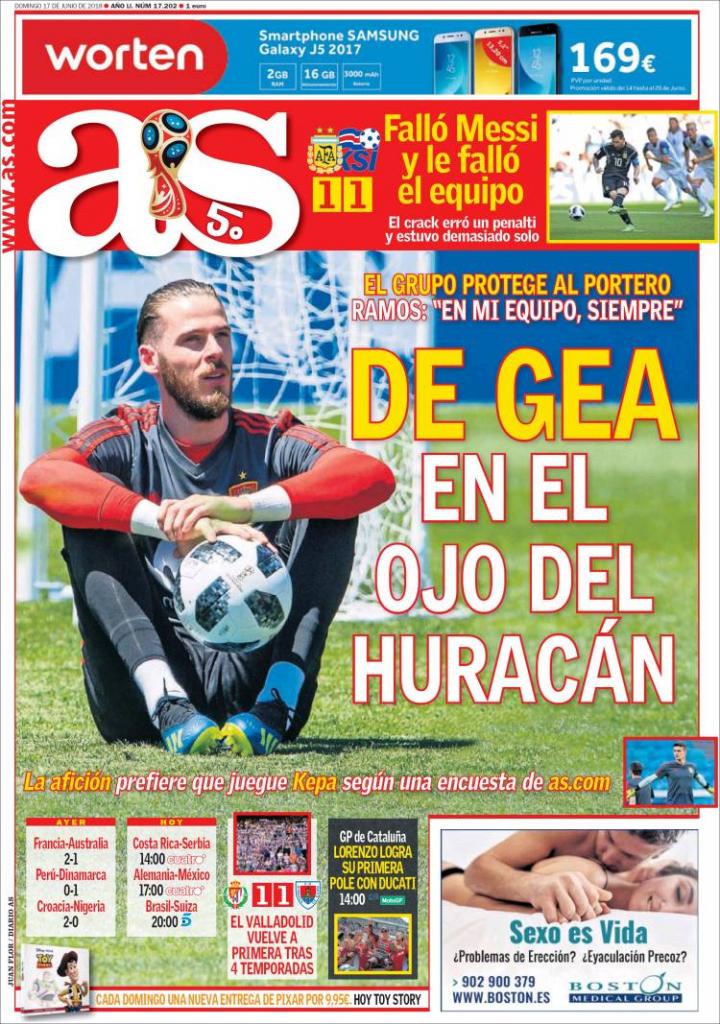 Messi messes up and so do the team

The group protect the goalkeeper

Ramos: "Always in my team"

De Gea in the eye of the hurricane

The fans prefer Kepa plays, according to an AS.com poll 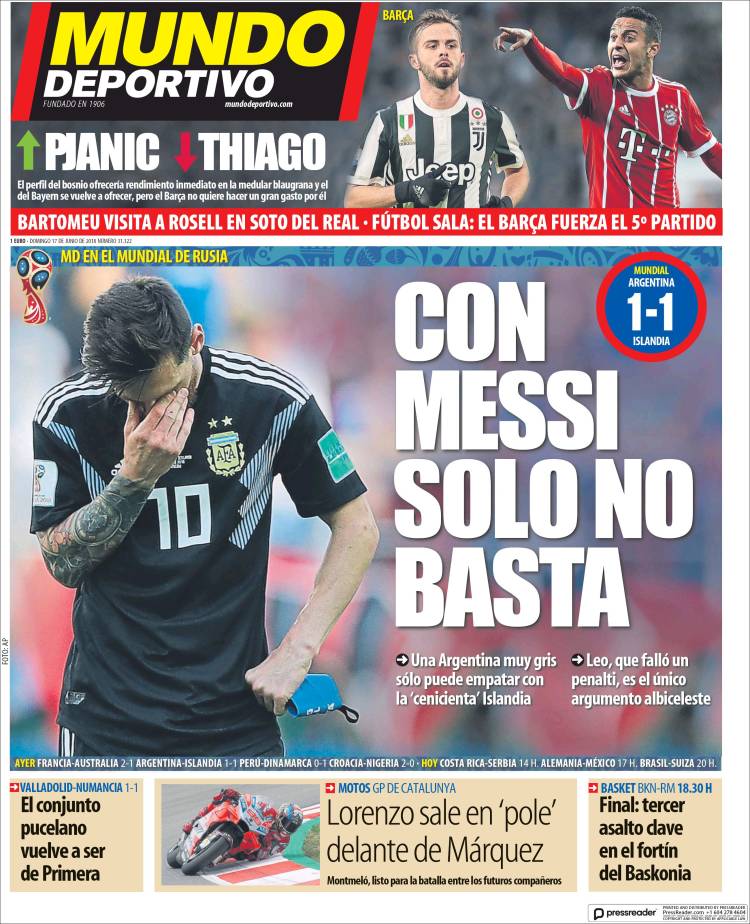 Pjanic up, Thiago down

With Messi, only him isn't enough

Leo, who missed a penalty, is the only Albiceleste storyline

The Pucelano side return to Primera