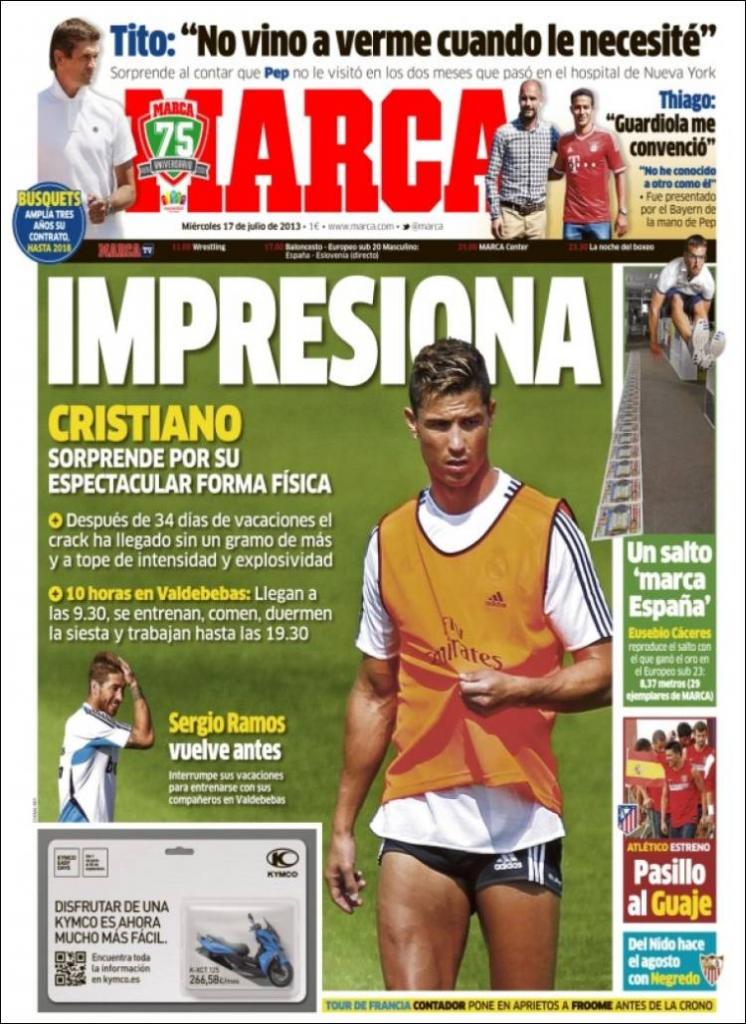 10 hours in Valdebebas: they arrive at 9.30am, train, eat, sleep during siesta time and work until 7.30pm

Sergio Ramos returns early: he interrupts his holidays to train with his teammates in Valdebebas

Tito: “He didn’t come to see me when I needed him”

Thiago: “Guardiola convinced me, I’ve never known anyone like him”

He was presented at Bayern with Pep’s own hands

Guard of honour for El Guaje 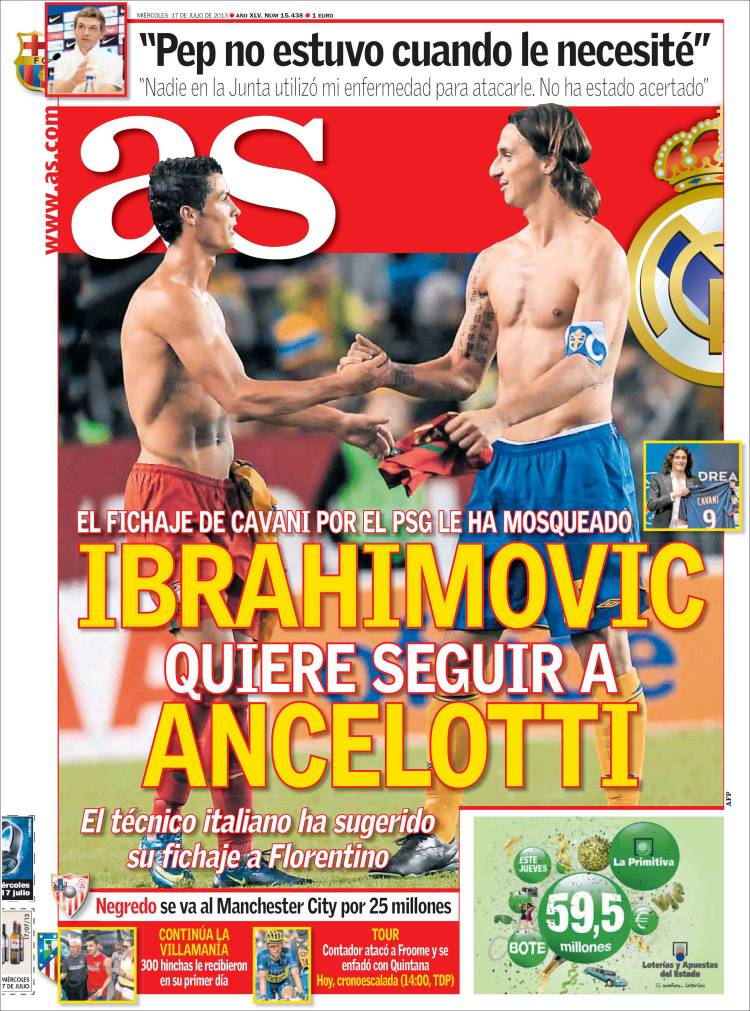 PSG’s signing of Cavani has annoyed him

The Italian boss has suggested his signing to Florentino

“Pep wasn’t there when I needed him”

“Nobody on the board used my illness to attack him. It wasn’t true”

Negredo is going to City for €25m

Villamania continues: 300 fans welcome him on his first day 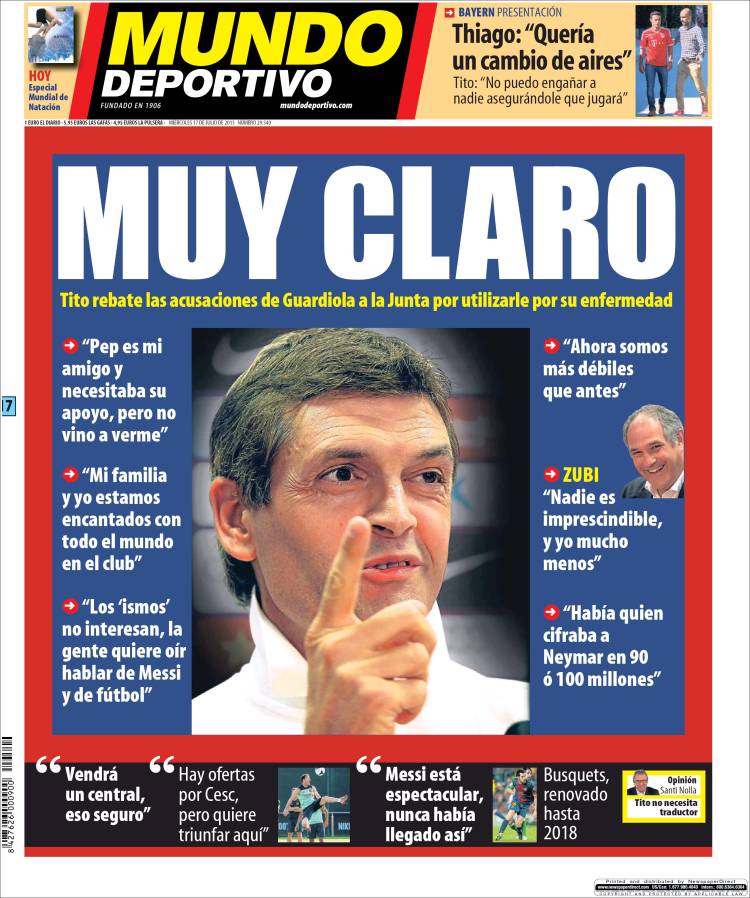 “Pep is my friend and I needed his support, but he didn’t come to see me”

‘My family and I are delighted with everyone at the club”

“The ‘ismos’ are not interesting. People want to hear talk of Messi and of football”

“Now we are weaker than before”

Zubi: “Nobody is indispensable, not even me”

“A central defender will come, I’m sure”

“Messi is unbelievable, he has never arrived like this”

Thiago: “I wanted a change of scenery”

Tito: “I can’t guarantee anybody will play”