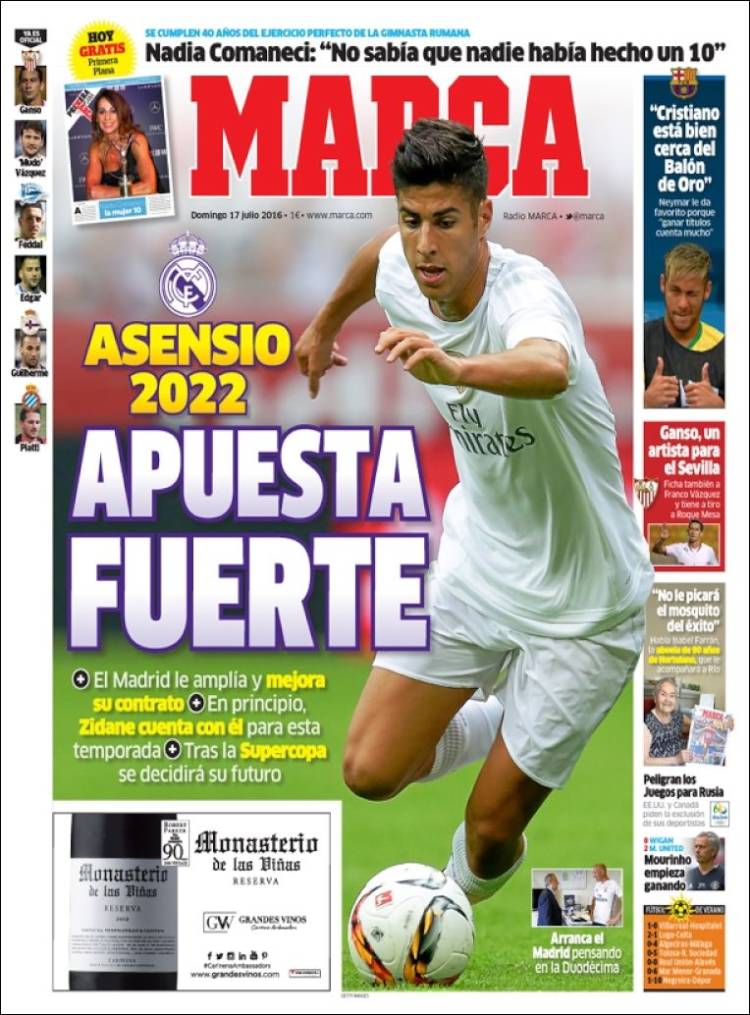 Madrid extend and improve his contract

In principle, Zidane will count on him next season

After the Supercopa, his future will be decided

Ganso, an artist for Sevilla 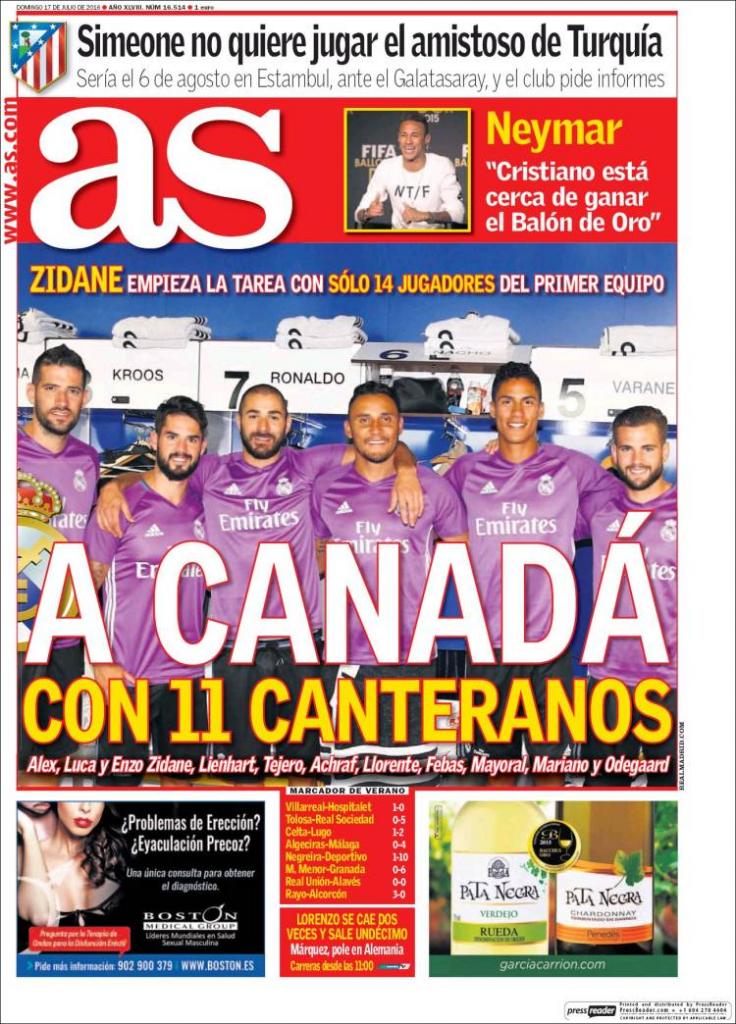 Simeone does not want to play a friendly in Turkey

It would be on August 6 in Istanbul against Galatasaray, and the club ask for more information 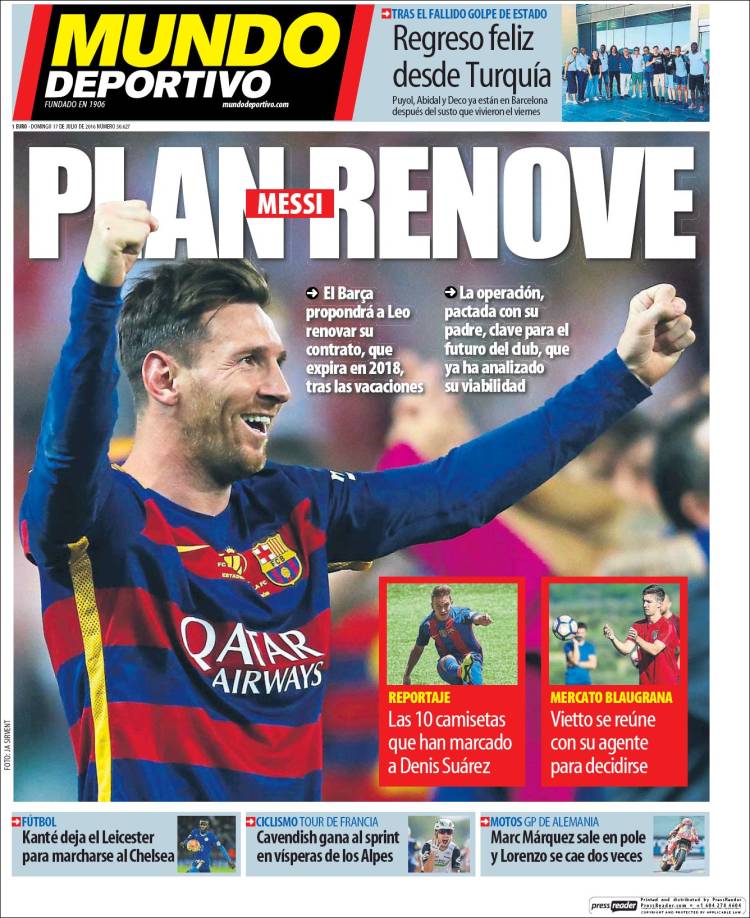 Barca propose to renew Leo’s contract, which expires in 2018, after the summer holidays

The deal has been agreed with his father, the key to his future at the club, who has already analysed its viability

Vietto meets with his agent to make a decision

After the failed coup

Puyol, Abidal and Deco are back in Barcelona after the scare they experienced on Friday