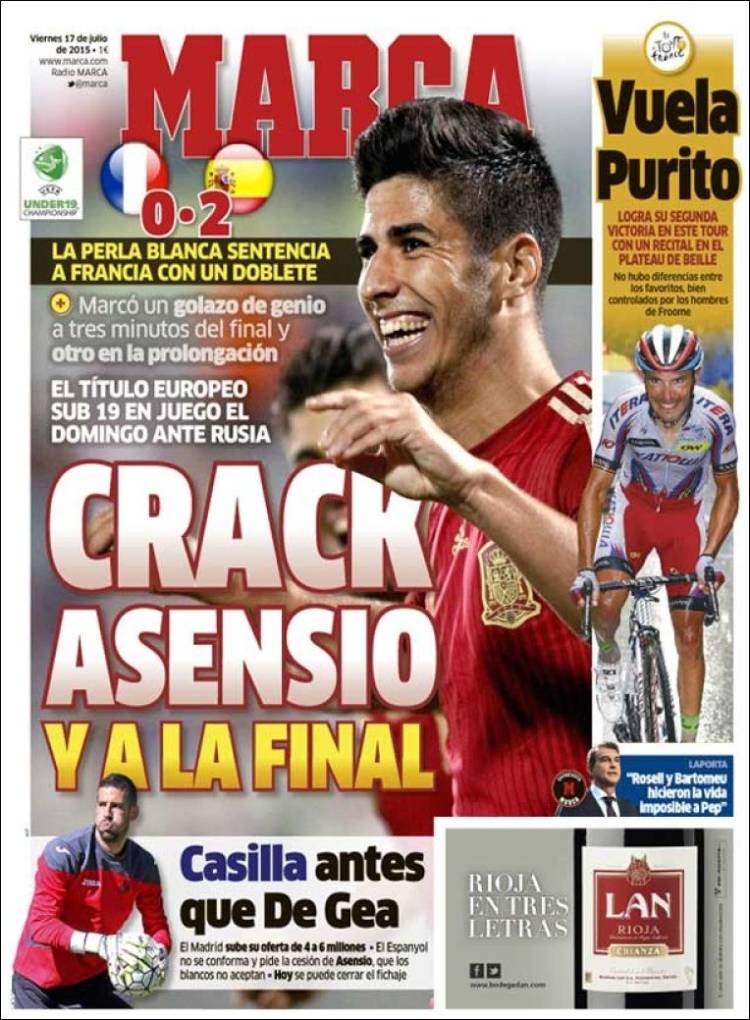 Asensio the star and into the final

Madrid raise their offer from €4m to €6m

Espanyol are not satisfied and request Asensio in exchange, which Los Blancos will not accept

The signing could be completed today 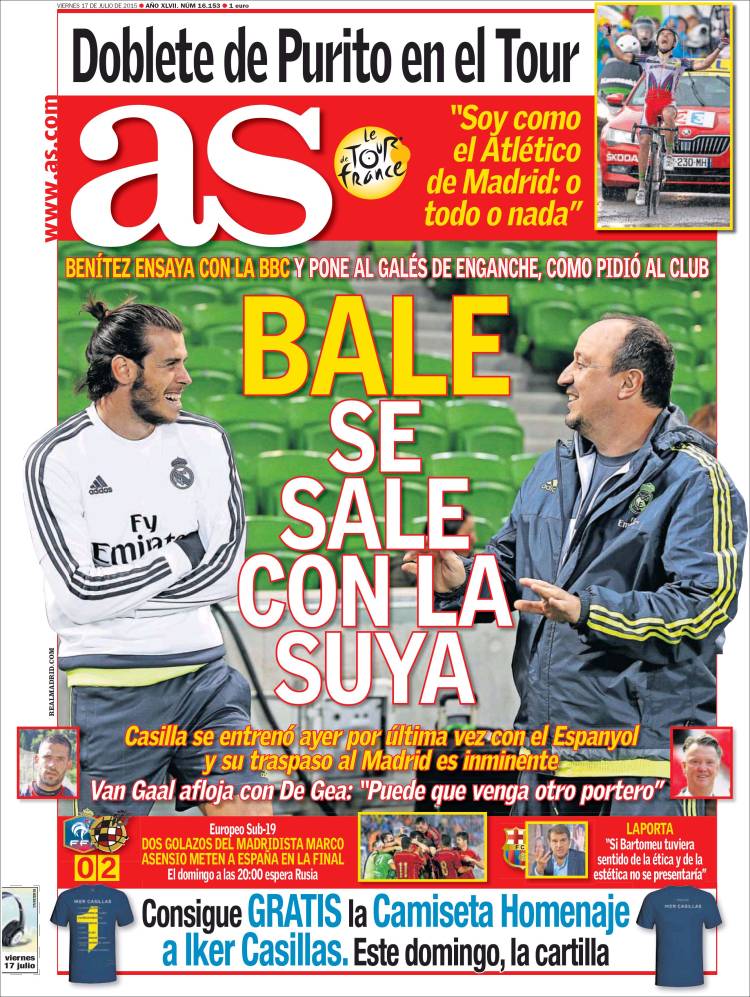 Bale gets his way

Benitez scraps the ‘BBC’ and makes the Welshman his No 10, as the player requested

Casilla trained with Espanyol for the final time yesterday, his move to Madrid is imminent

Van Gaal loosens up with De Gea: “Another goalkeeper may arrive”

Two golazos from Marco Asensio send Spain into the final

A nation expects against Russia on Sunday at 20:00 CET

Laporta: “If Bartomeu made sense of ethics and aesthetics, he would not stand” 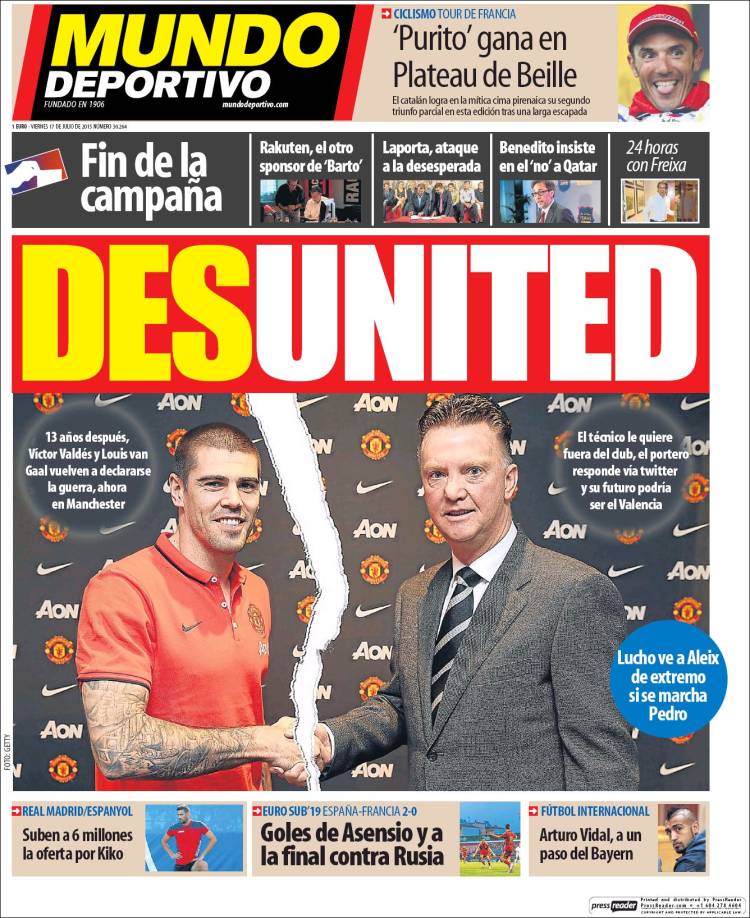 The manager wants him out of the club, the goalkeeper responds via Twitter and his future could be in Valencia

Lucho sees Aleix on the wing if Pedro leaves

The bid for Kiko is raised to €6m

Goals from Asensio, the final will be against Russia

Arturo Vidal, one step away from Bayern