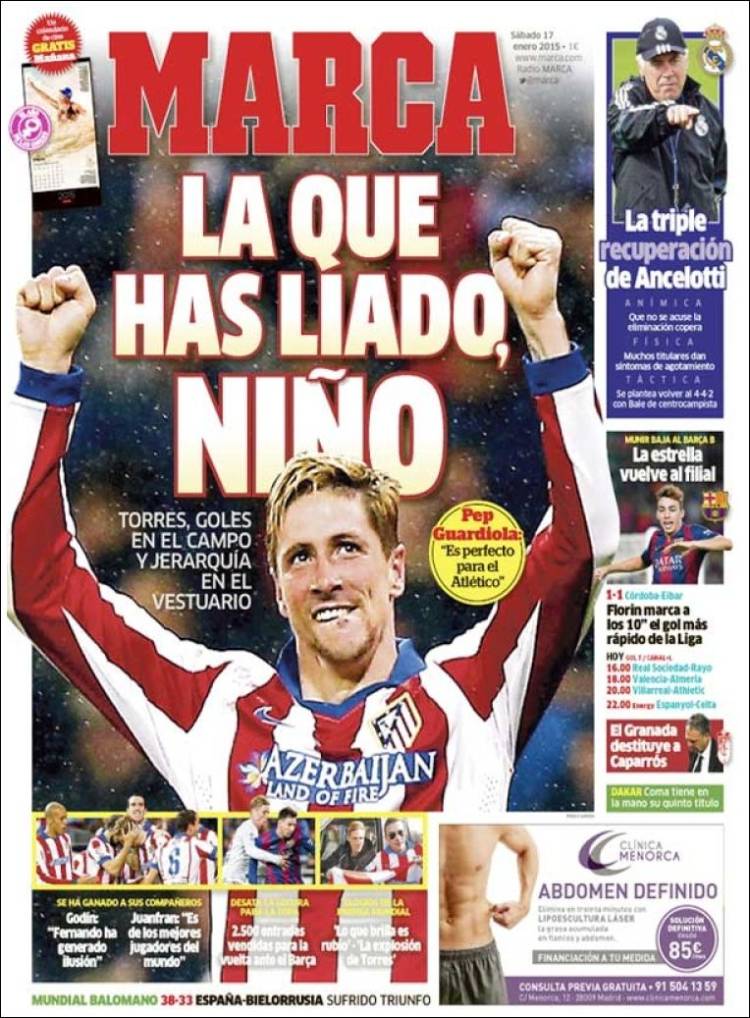 Torres, goals on the pitch and hierarchy in the dressing room

Pep Guardiola: “He is perfect for Atletico”

He has won over his teammates

Juanfran: “He is among the best players in the world”

2,500 tickets sold for the return against Barca

Mental: he doesn’t blame himself for the Cup elimination

Physical: a lot of first-choice players are showing signs of exhaustion

Tactical: he plans to return to 4-4-2 with Bale as a central midfielder

Munir returns to Barca B: the star goes back to the reserve team

Florin scores the fastest goal in La Liga after 10 seconds 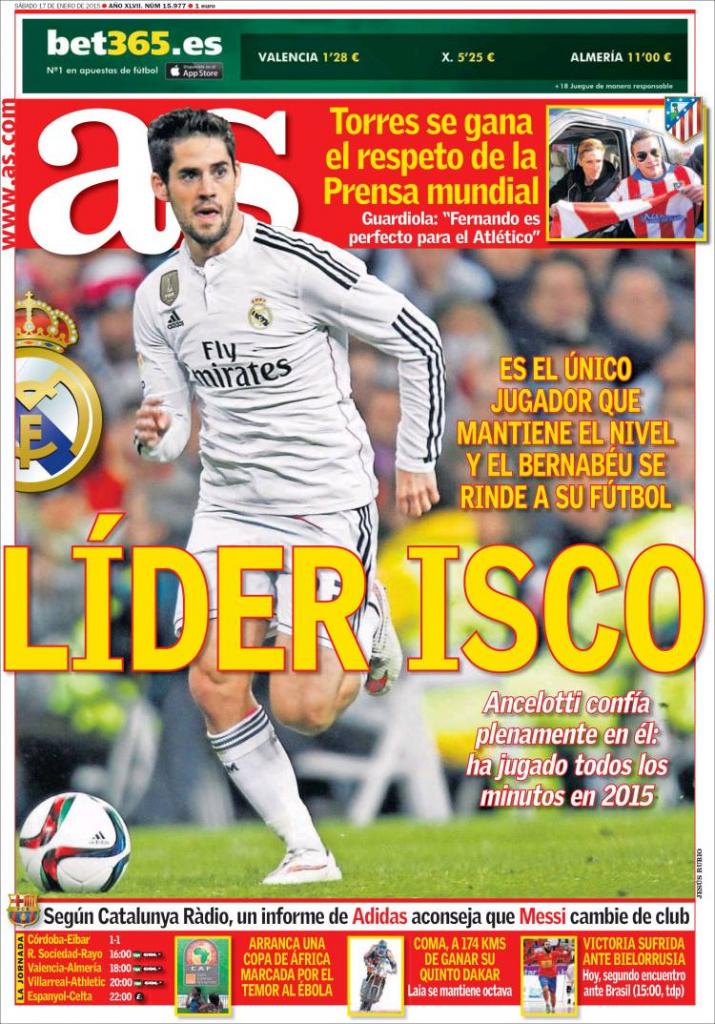 Ancelotti has complete faith in him; he has played every minute in 2015

Torres wins the respect of the world’s Press

Guardiola: “Fernando is perfect for Atletico”

According to Radio Catalunya, an Adidas report has advised Messi to change clubs

The African Nations Cup begins tainted by the fear of Ebola 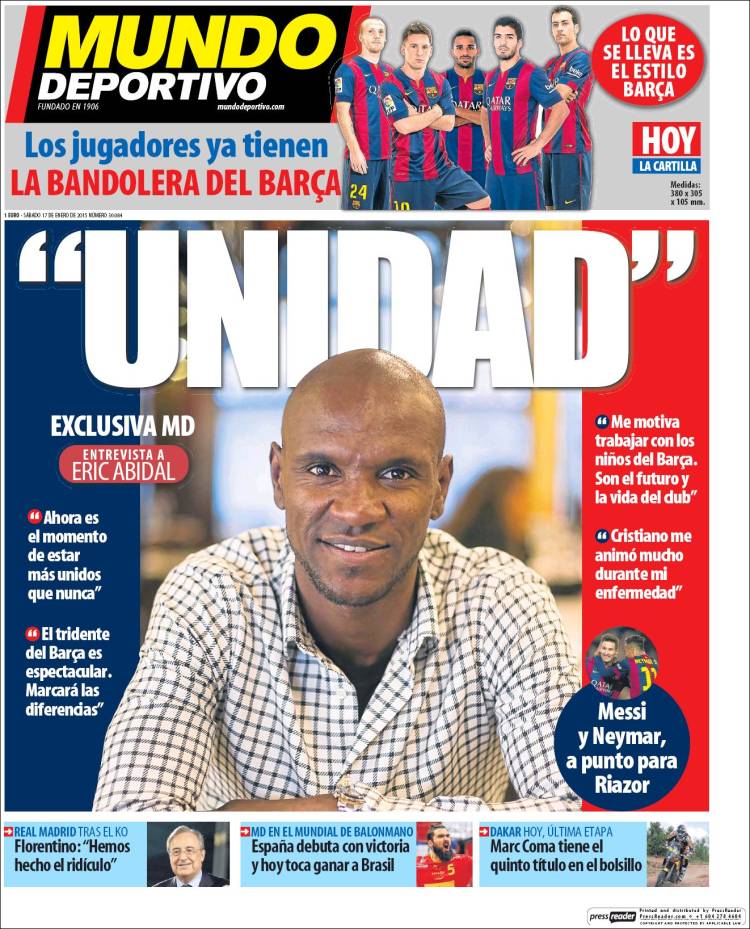 “Now is the time to be more united than ever”

“It motivates me to work with Barca’s kids. They are the future and the life of the club”

“Cristiano supported me a lot during my illness”

Messi and Neymar, ready for Riazor

“Florentino: “We’ve made fools of ourselves”