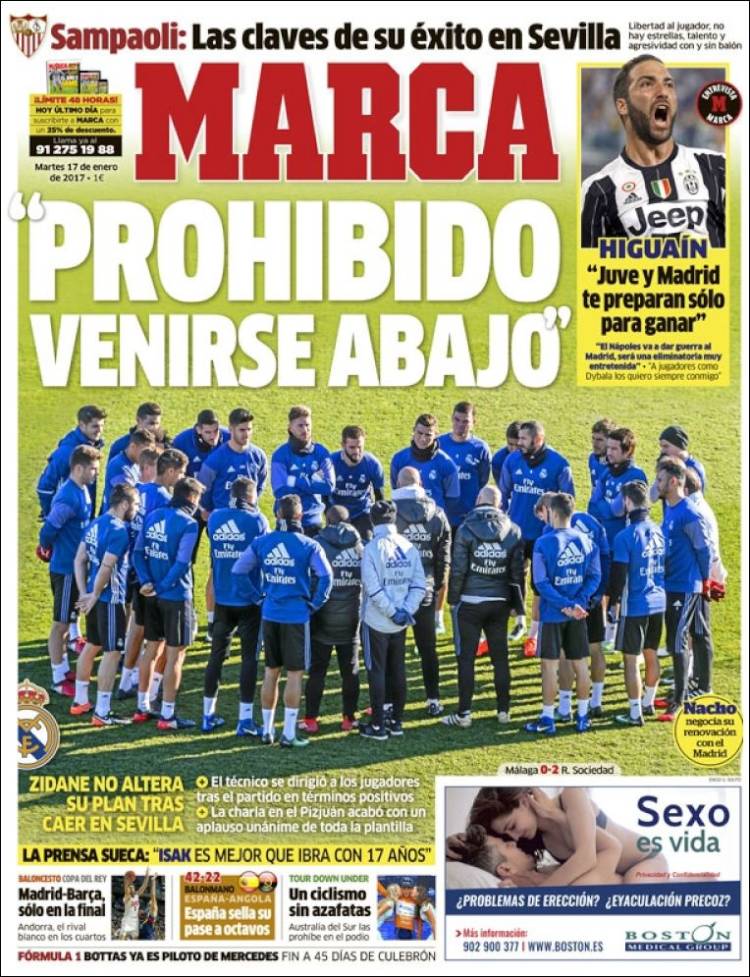 Forbidden to come down

Zidane won't change his plans after defeat at Sevilla - addressed players after defeat positively, talk finished with unanimous applause from all the team

Sampaoli: The keys to his success in Sevilla - freedom for the players, no stars, talent and aggressiveness both with and without the ball

Higuain: RM and Juve prepare you only to win - 'Napoli's players will go to war with Madrid' 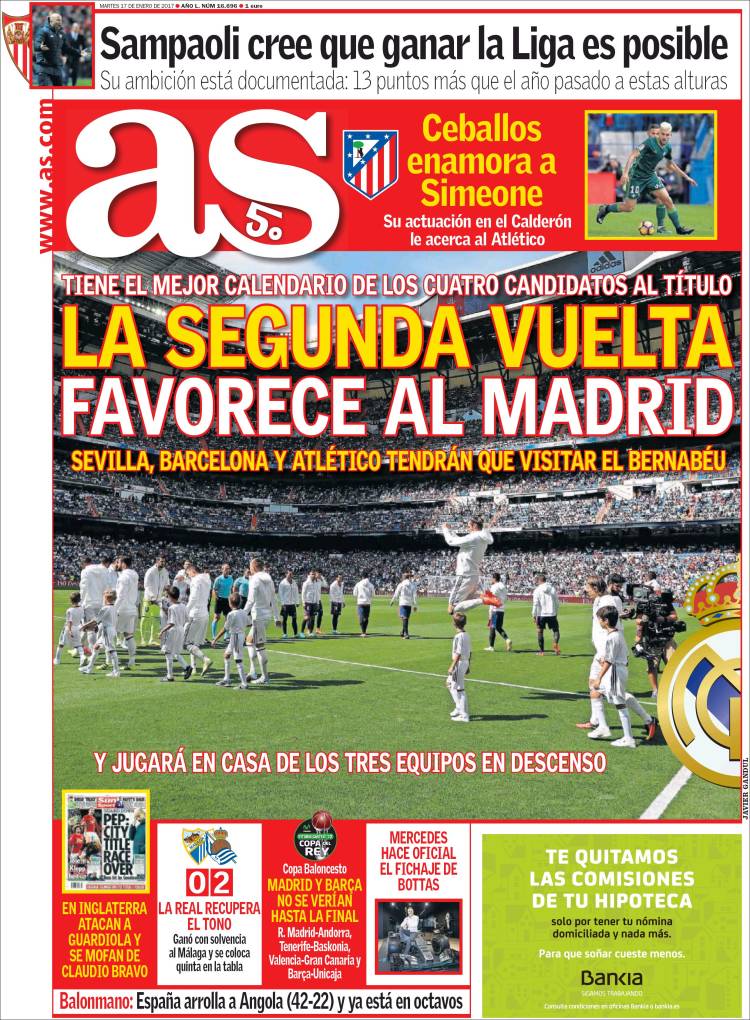 The second round favours Madrid

Sevilla, Barcelona and Atletico all have to visit the Bernabeu, while RM go away to three teams in relegation zone - they have the best calendar for winning the league

Sampaoli thinks La Liga is possible - he documents his ambition: 13 points more than at the same point last year

In England - Pep is attacked and Bravo is mocked 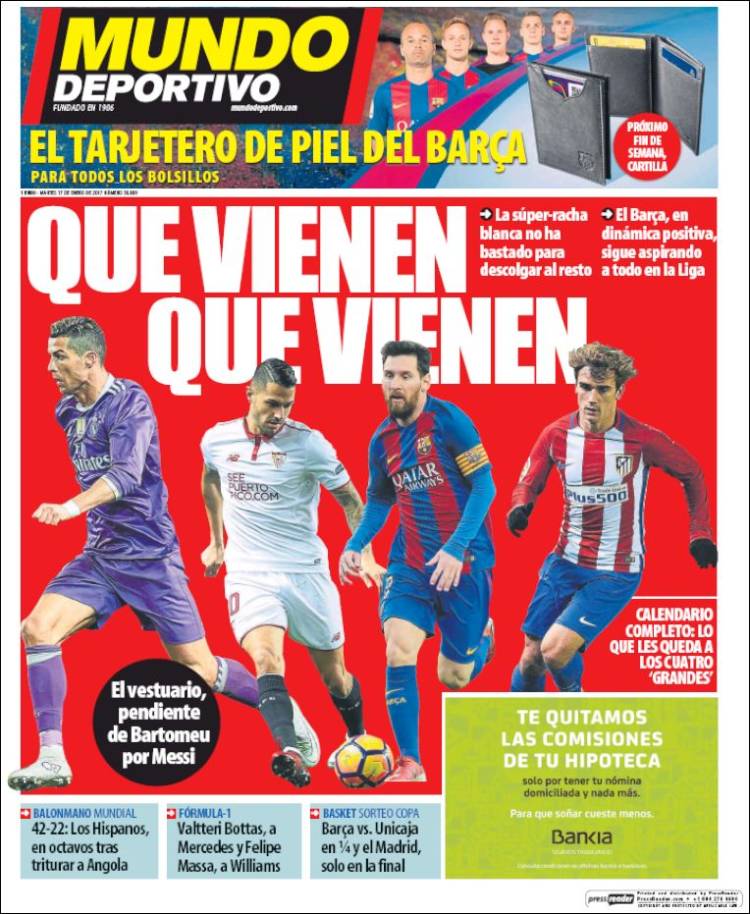 That comes, that comes

Los Blancos not enough to pull away from the rest

Barca, now with a dynamic outlook, aspires to win everything in the league