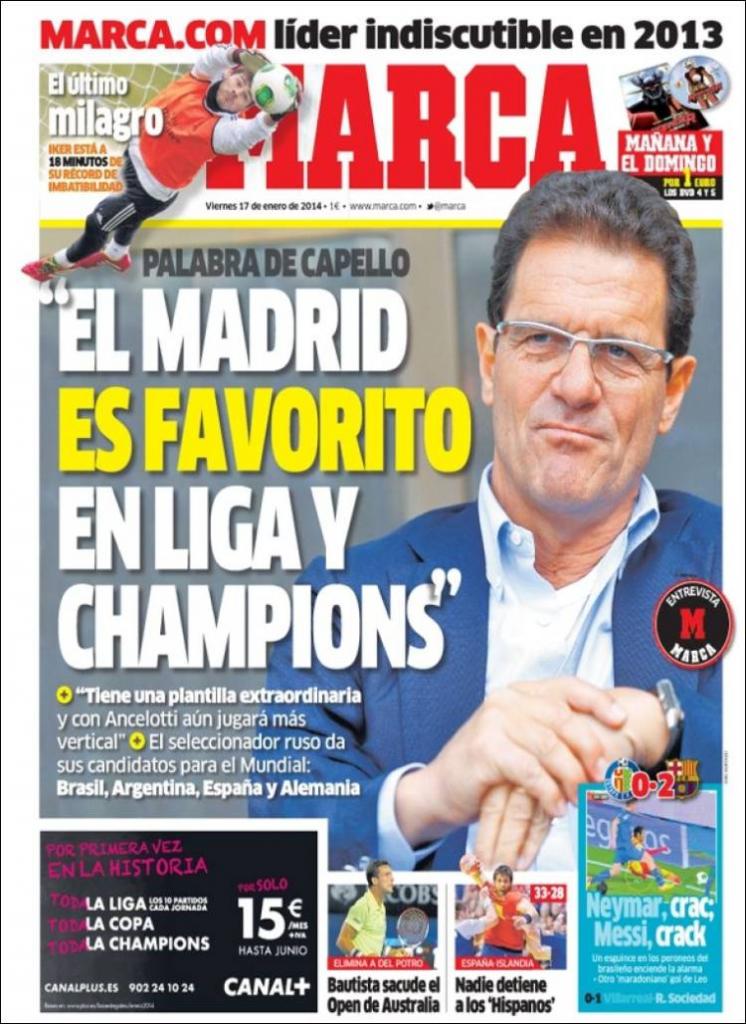 "Madrid are favourites in La Liga and the Champions League"

The Russian coach believes the favourites for the world cup are Germany, Spain, Argentina and Brazil

Iker is 18 minutes away from an incredible record

The Brazilian injures his knee and set alarms bells ringing

Another "Maradoniano' goal by Leo

Bautista shakes up the Australian Open

Nobody can stop the Hispanics 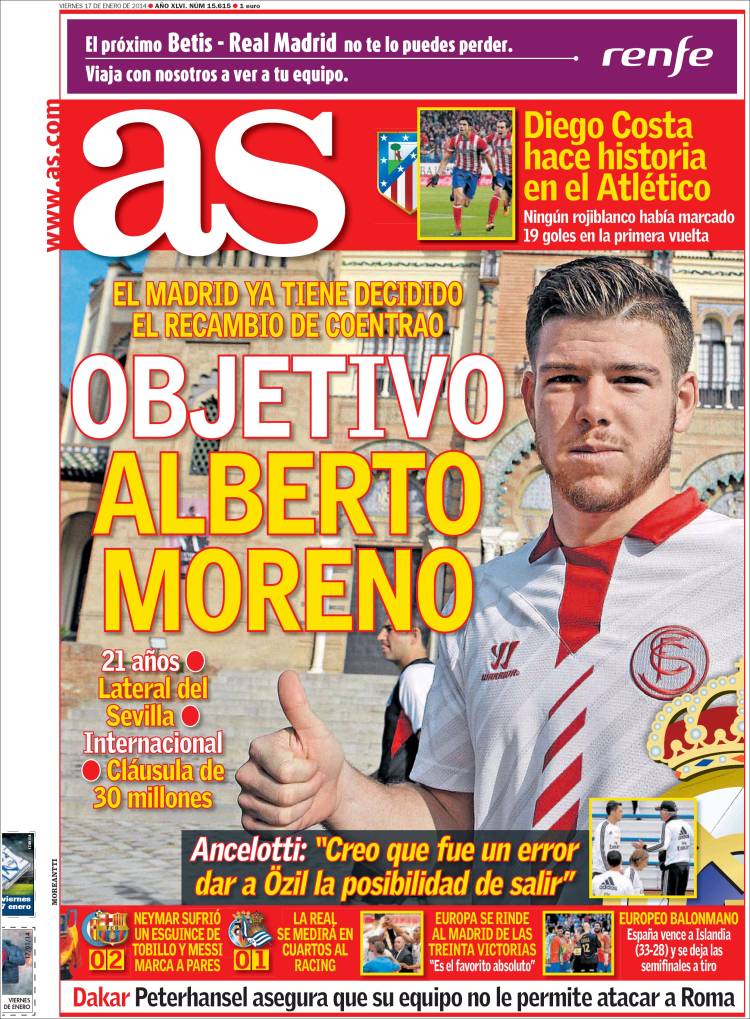 Madrid have already decided on who will replace Fabio Coentrao

Ancelotti: "I believe it was by error that gave Ozil the chance to leave"
Diego Costa makes Atletico history

Neymar suffers an injury to his ankle as Messi scores twice

La Real into the next round

Europe gives up against Madrid after 30 wins

Dakar: Peterhansel assures that no team will attack Roma 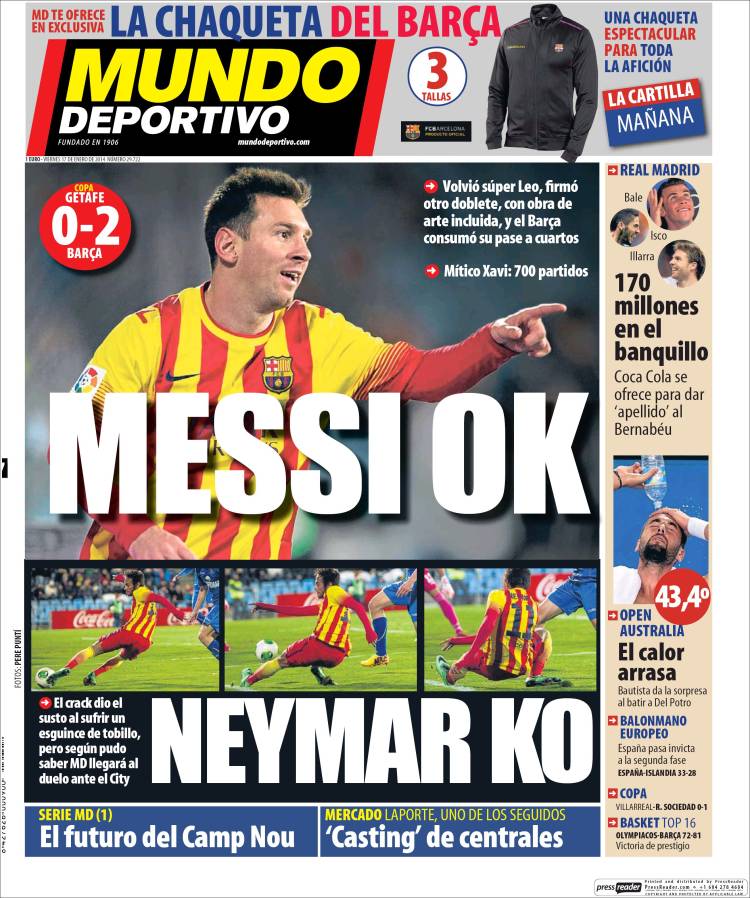 The future of Camp Nou

Real Madrid: €170m on the bench, Isco, Bale and Illarra

Coca Cola offers to give a name to the Bernabeu bench