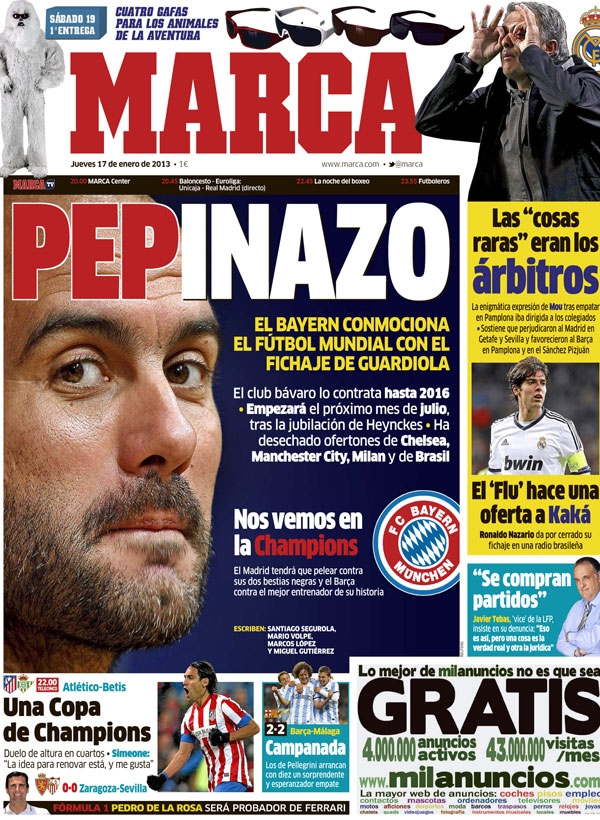 Bang: Bayern shock the football world with the signing of Guardiola

The Bavarian club give him a contract until 2016

He will start in July after the retirement of Heynckes

We will see in the Champions League: Madrid will have to fight against his two black beasts and Barca against the best coach of its history

‘Strange things are the refs’

‘The flu’ makes an offer to Kaka: The Brazilian Ronaldo gives a hint as to where Kaka will go

“They bought matches”, Javier Tebas, vice-president of LFP, insists that, “That its like that, one thing is the real truth and then there is the legal truth”

Sensational: Pellegrini’s men with ten men surprise by drawing at Camp Nou to give themselves real hope

Atletico – Betis: A cup of champions

An epic duel in the Round of 16, Simeone: “I like the idea of renewing” 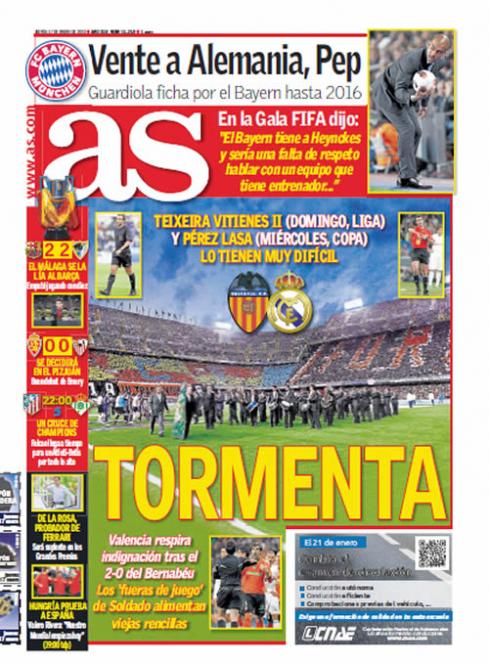 Valencia breathe indignantly after 2-0 loss at the Bernabeu

Guardiola signs with Bayern until 2016

At the FIFA Gala the other day he said, “Bayern have Heynckes and it would be disrespectful to talk of a team that already has a trainer”

Zaragoza 0-0 Sevilla: The game will be decided at the Sanchez Pizjuan 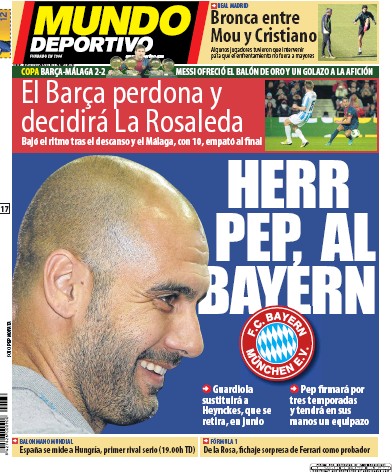 Guardiola to replace Heynckes, when he retires, in June

Copa Barca 2-2 Malaga: Messi displays his Ballon d’Or and scores a wonder goal for the fans

Sorry Barca, the tie will now be decided at La Rosaleda

Barca lacked rhythm after the break and Malaga, with ten men, draw in the final stages

Real Madrid: A row between Mou and Cristiano