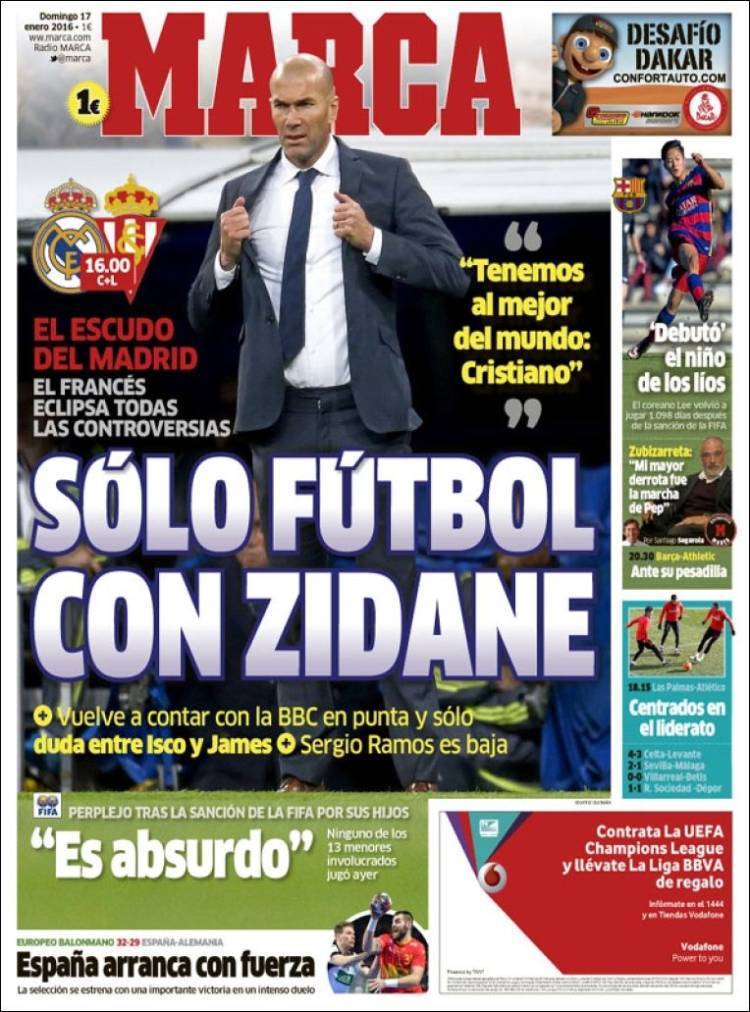 Only football with Zidane

The Frenchman puts all the controversies to one side

“We have the best player in the world, Ronaldo”

Sergio Ramos is out

Perplexed after the FIFA sanction involved his children

None of the 13 children involved played yesterday

The child of trouble debuts

The Korean Lee returned to play 1,098 days after the FIFA sanction

Focused on topping the table 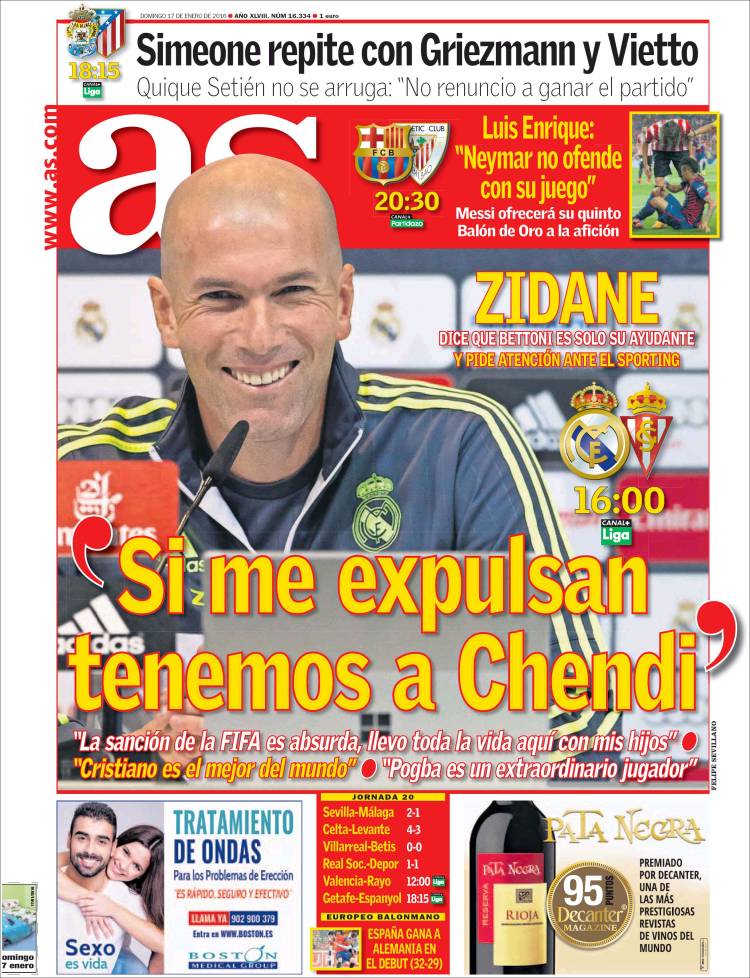 ‘If they expel me, we have Chendi’

“The FIFA sanction is absurd, I’ve been here all my life with my children”

“Ronaldo is the best in the world”

“Pogba is an extraordinary player”

Simeone sticks with Griezmann and Vietto

Quique Setien does not hold back: “We won’t rule out winning the match”

Messi will offer his fifth Ballon d’Or to fans 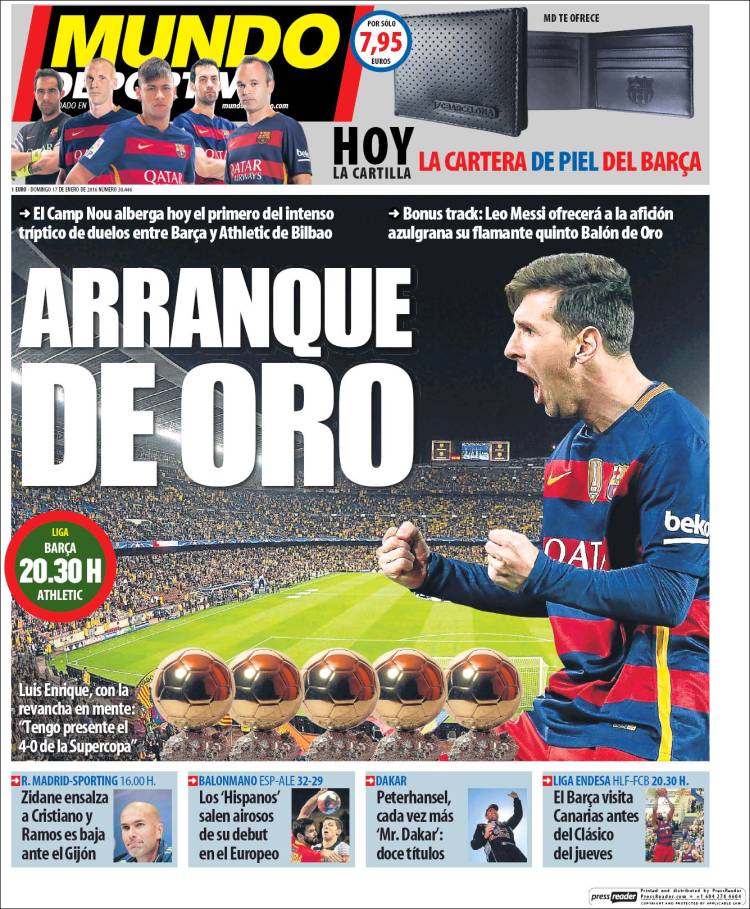 Luis Enrique, with revenge in mind: “I’m mindful of the 4-0 in the Supercopa”

Zidane praises Ronaldo and Ramos is absent against Gijon