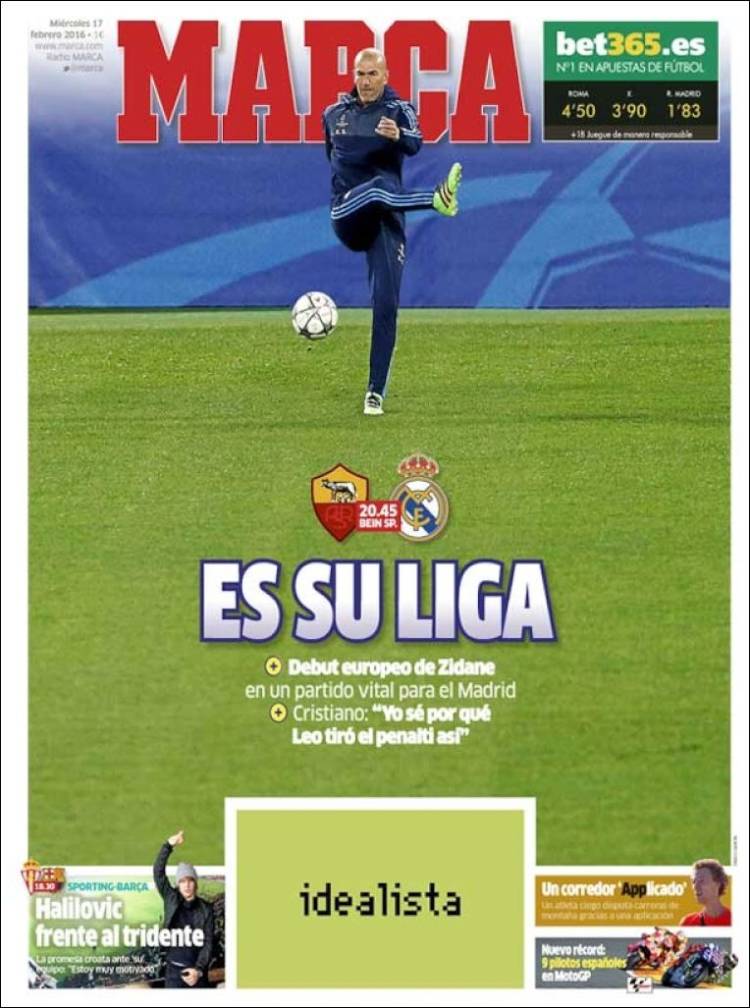 Zidane’s debut in Europe in a game vital to Madrid

Cristiano: “I know why Leo did took that penalty”

Halilovic in front of the trident

The promising Croatian against ‘his’ team: “I’ll be very motivated” 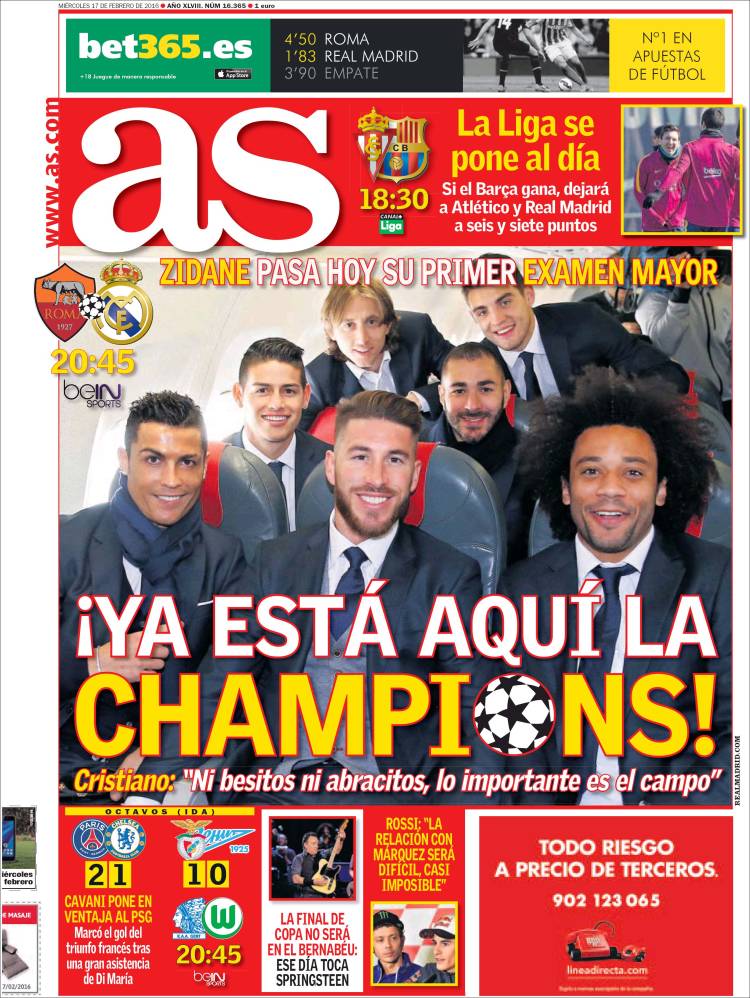 La Liga is up to date

If Barcelona win, Atletico and Real Madrid will trail by six and seven points

The Champions League is here!

Cristiano: “No kisses or cuddles, what’s important is on the pitch”

The Copa Final won’t be at the Bernabeu: 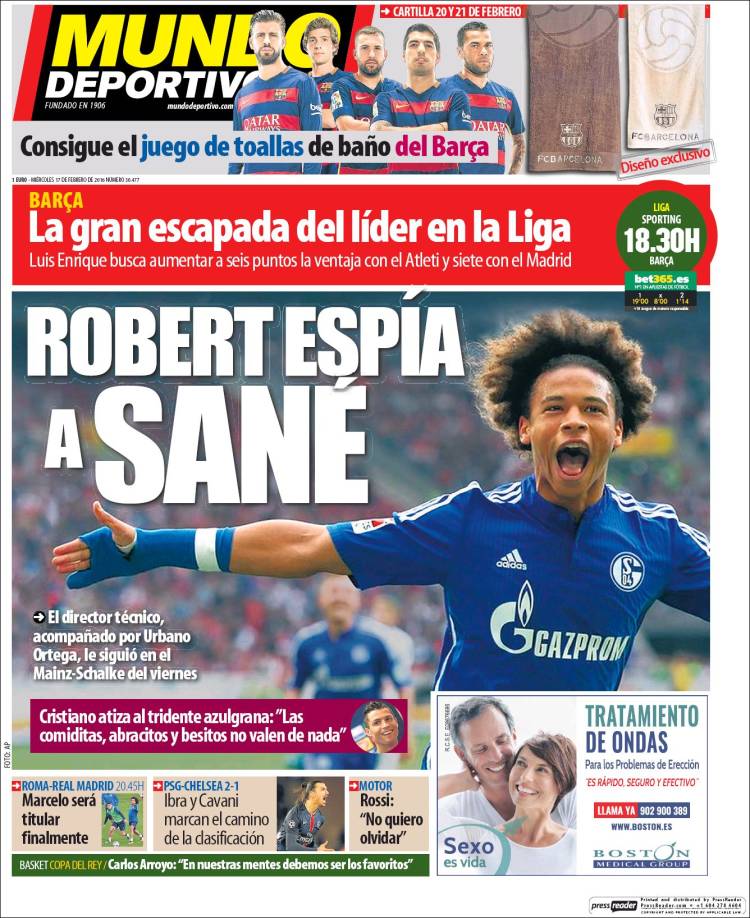 The great escape of the League leader

Cristiano pokes the Azulgrana trident: “Little meals, cuddles and kisses aren’t worth anything”

Ibra and Cavani score on the road to qualification