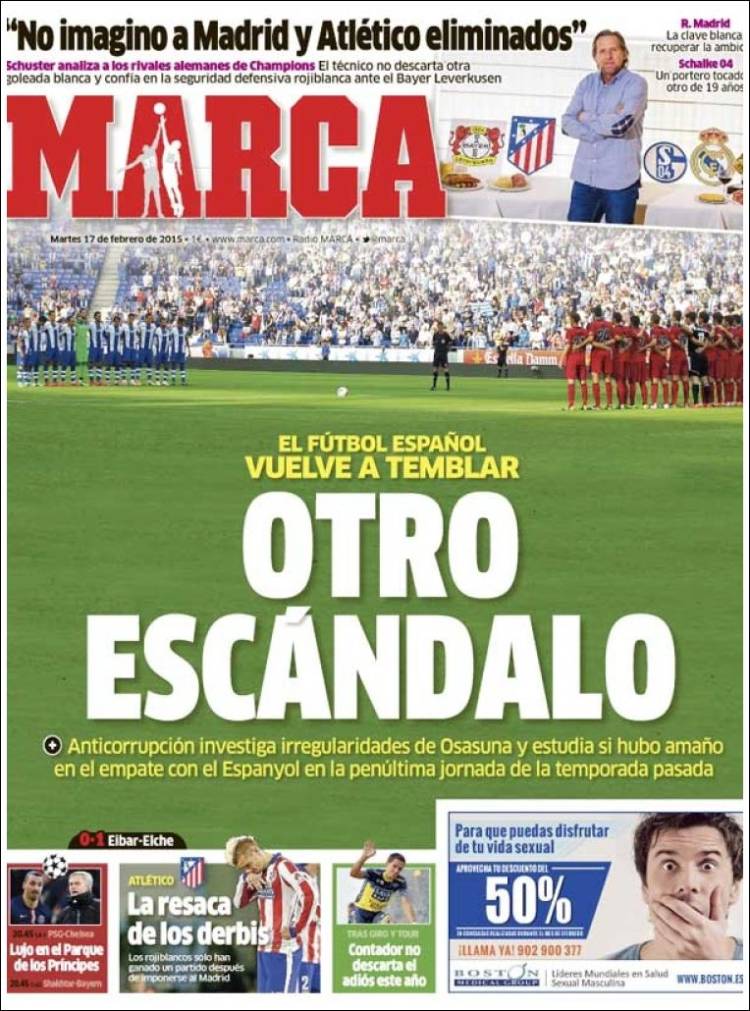 ‘I can’t imagine Madrid and Atletico being eliminated’

Schuster analyses the German rivals in the Champions League 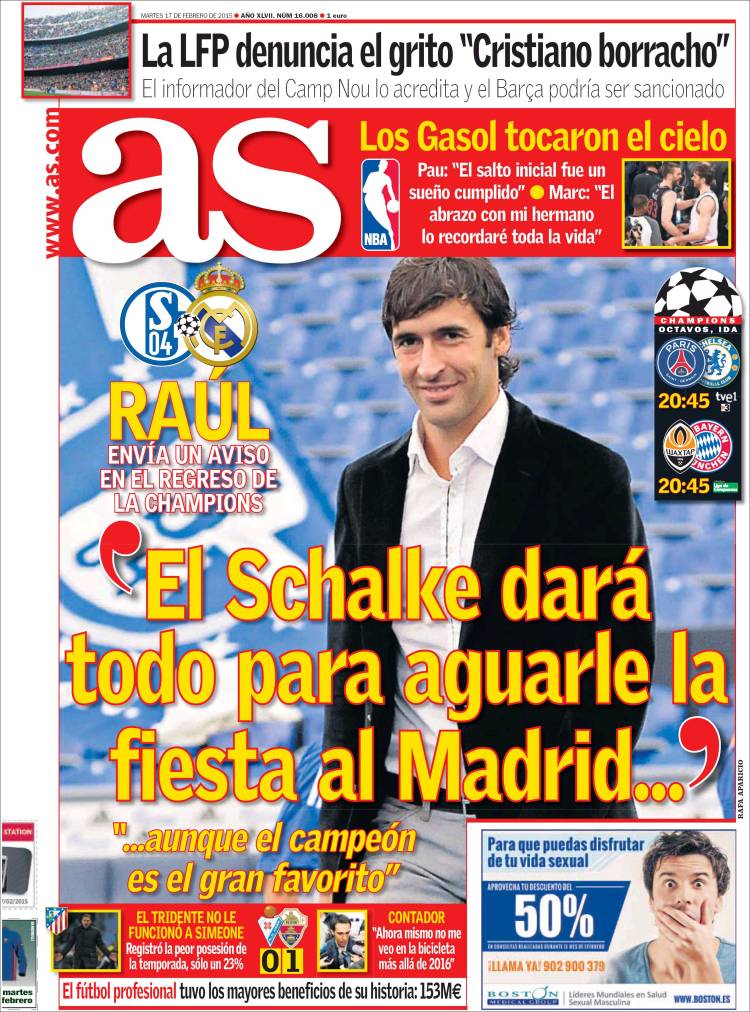 ‘Schalke will give everything to spoil Madrid’s party’

‘…although the champions are big favourites’

The LFP looking into cries of ‘Cristiano is a drunk’

The trident doesn’t work for Simeone

They register their lowest possession of the season, only 23%

Professional football has its greatest profits in history: €153m 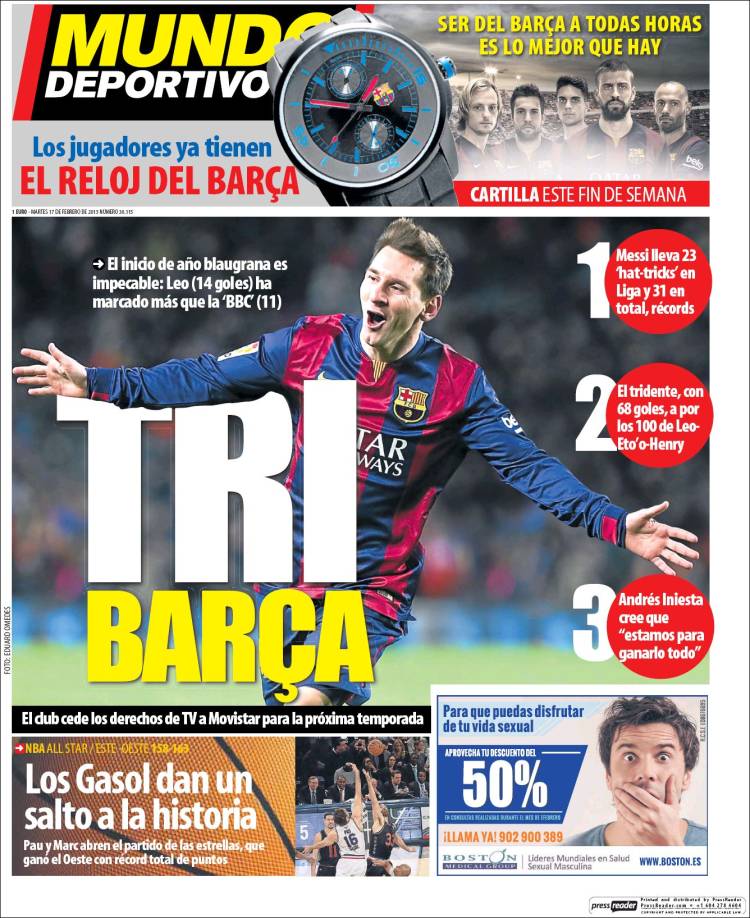 The club gives TV rights to Movistar for next season