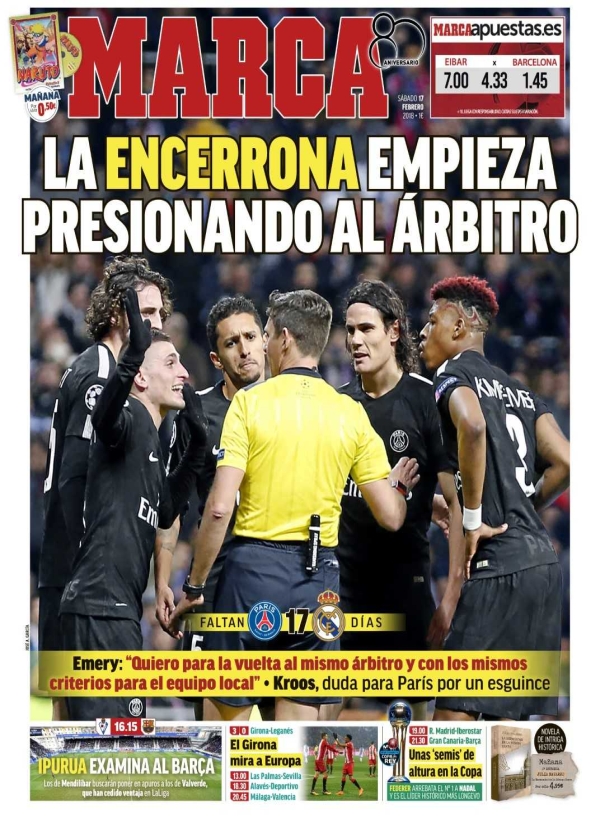 The ambush begins, pressuring the referee

Emery: "I want the same referee for the return, with the same standards for the home team

Kroos, a doubt for Paris with a sprain 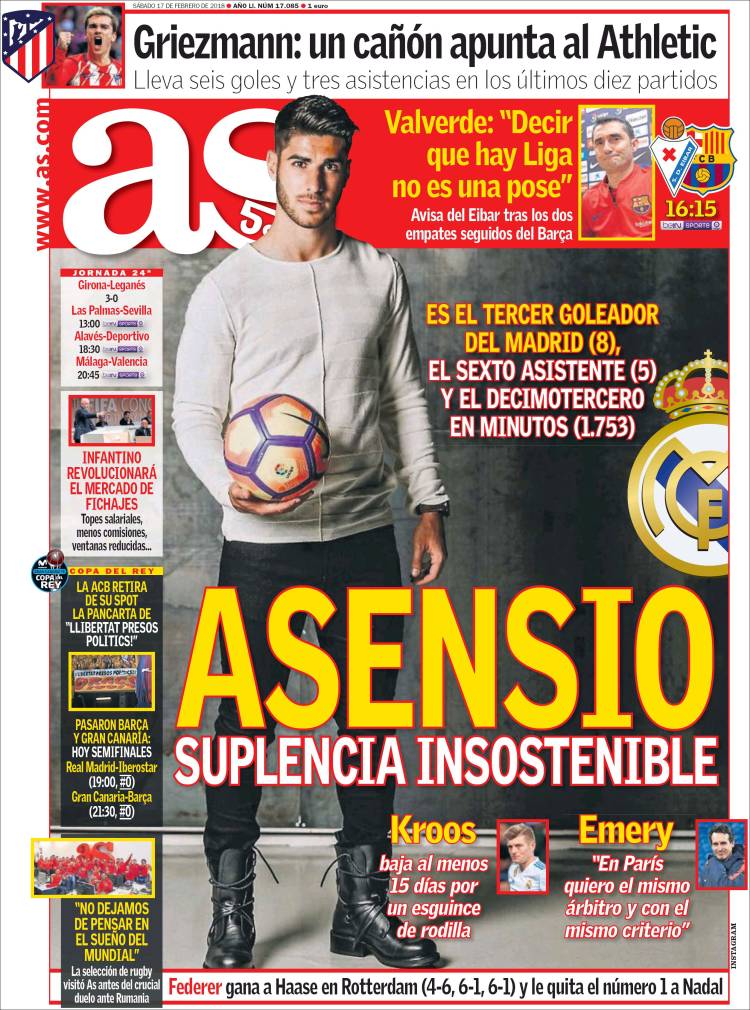 He is the third highest goalscorer [8], the sixth assist maker [6] and thirteenth in minutes [1,753]

Kroos out for at least 15 days with twisted knee

Emery: "In Paris I want the same referee with the same standards"

Valverde: "Saying we have to fight for the League isn't an act"

He warns of Eibar after two consecutive Barca draws

Infantino will revolutionise the transfer market 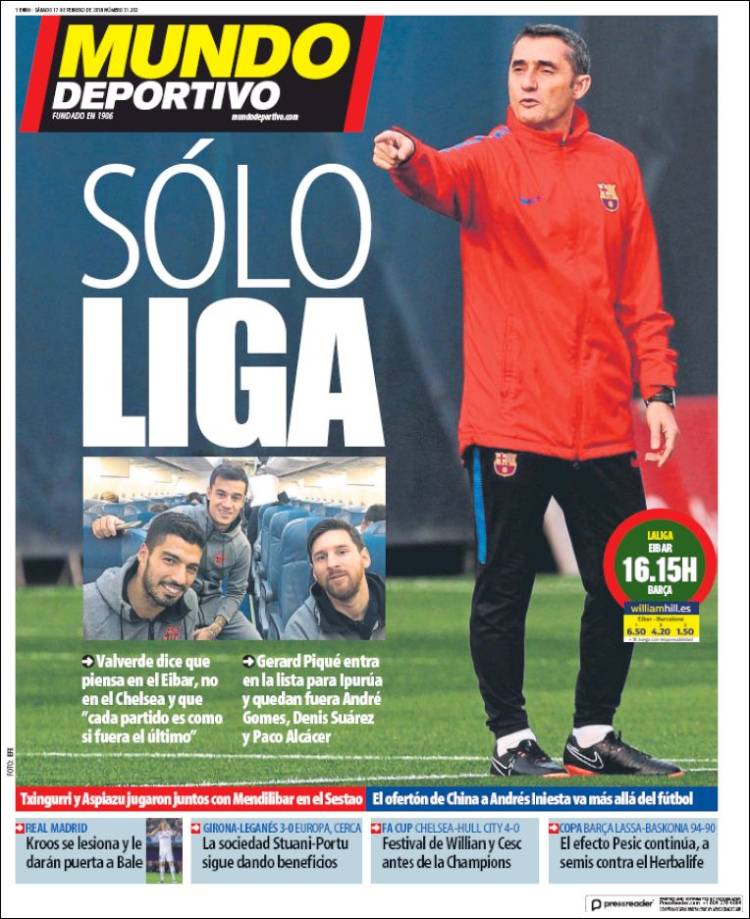 Valverde says he is thinking about Eibar, not Chelsea, and that 'every match is like the final one'

Gerard Pique comes into the squad for Ipurua and Andre Gomes, Denis Suarez and Paco Alcacer are out

The huge offer from China to Andres Iniesta goes beyond football

The Stuani-Portu axis continues to give rewards

Willian and Cesc festival before the Champions League