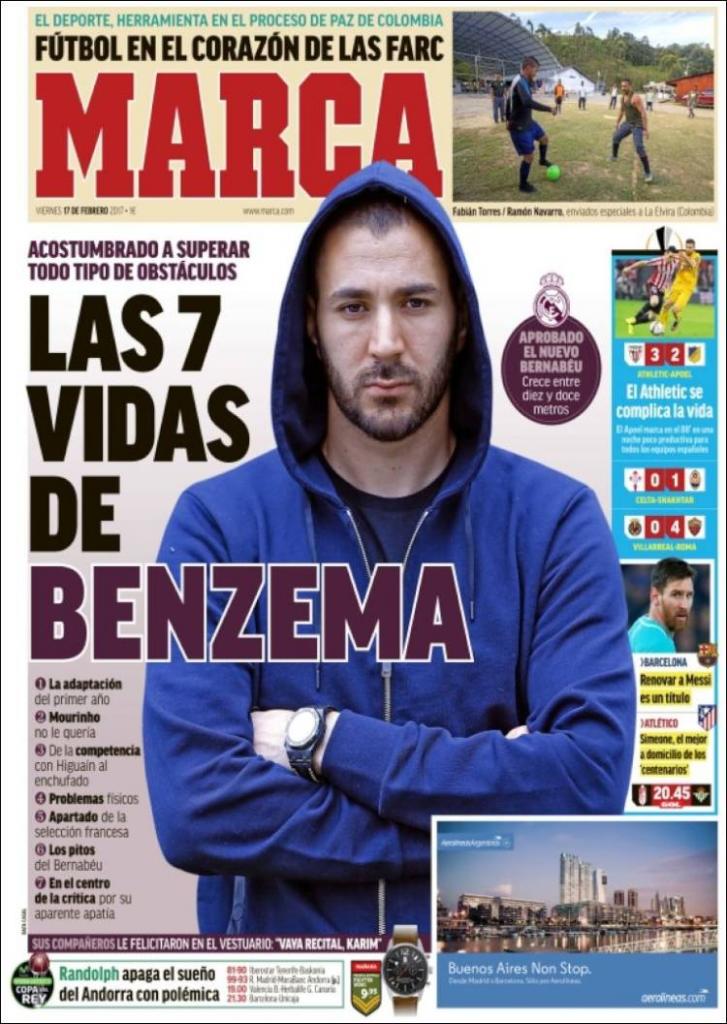 The 7 lives of Benzema

He's accustomed to overcoming all kinds of obstacles, His companions congratulated him in the dressing room

1) Adapting in his first season, 2) Mourinho didn't want him, 3) Competition with Higuain, 4) Physical problems, 5) Separated from French national team, 6) Being whistled at the Bernabeu, 7) Centre of criticism for his apparent apathy

Messi's renewal is a title

Simeone, the best at home of the 'centenaries' 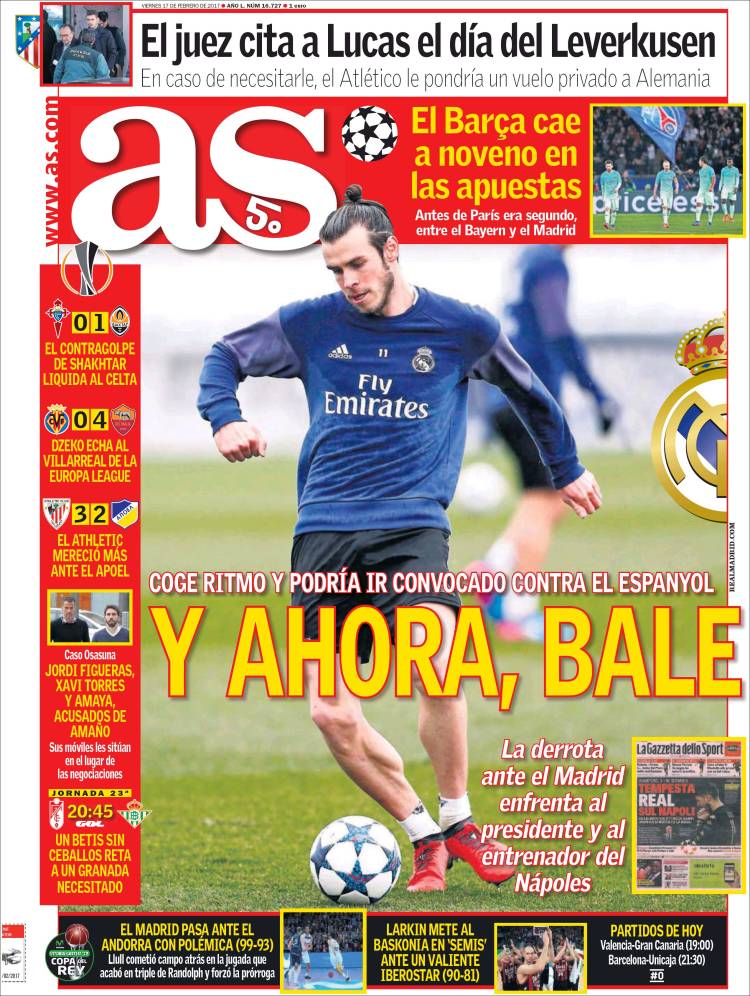 The Madrid defeat lead to row between Napoli owner and coach

The judge will cite Lucas the day of Leverkusen tie - in case he needs it, Atleti would run a private flight back from Germany

Barca fall to 9th to bookmakers for UCL title - had been 2nd before PSG, between Bayern and Real Madrid

Dzeko throws Villarreal out of the Europa League

Betis without Ceballos go to Granada, who need points 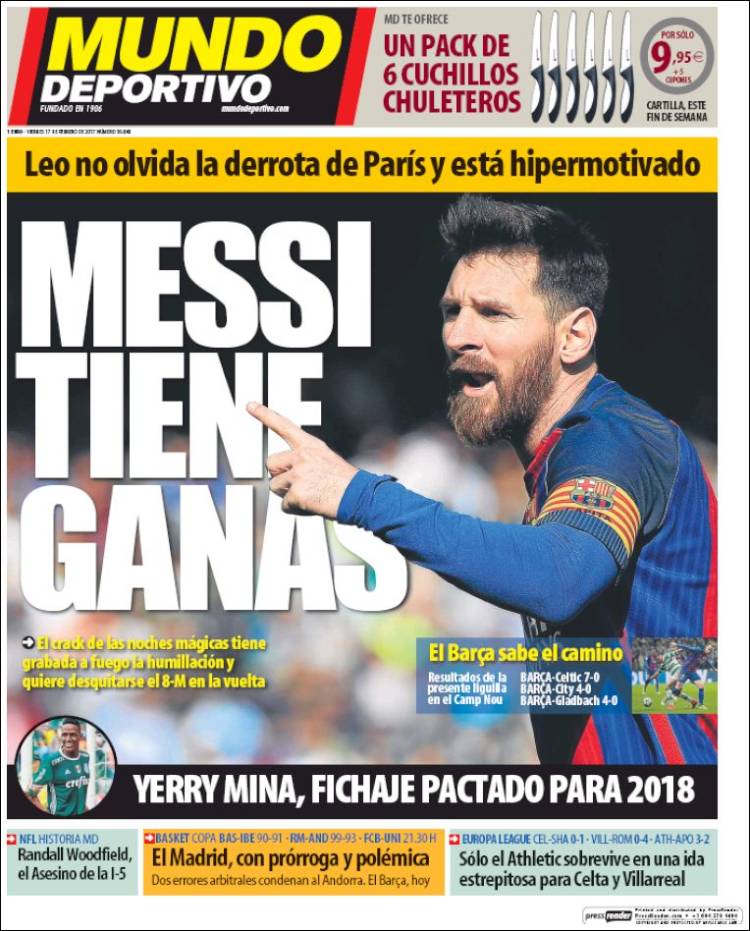 Messi on a mission

Leo does not forget defeat in Paris and is hyper-motivated

Only Athletic win in a bad night for Villarreal and Celta