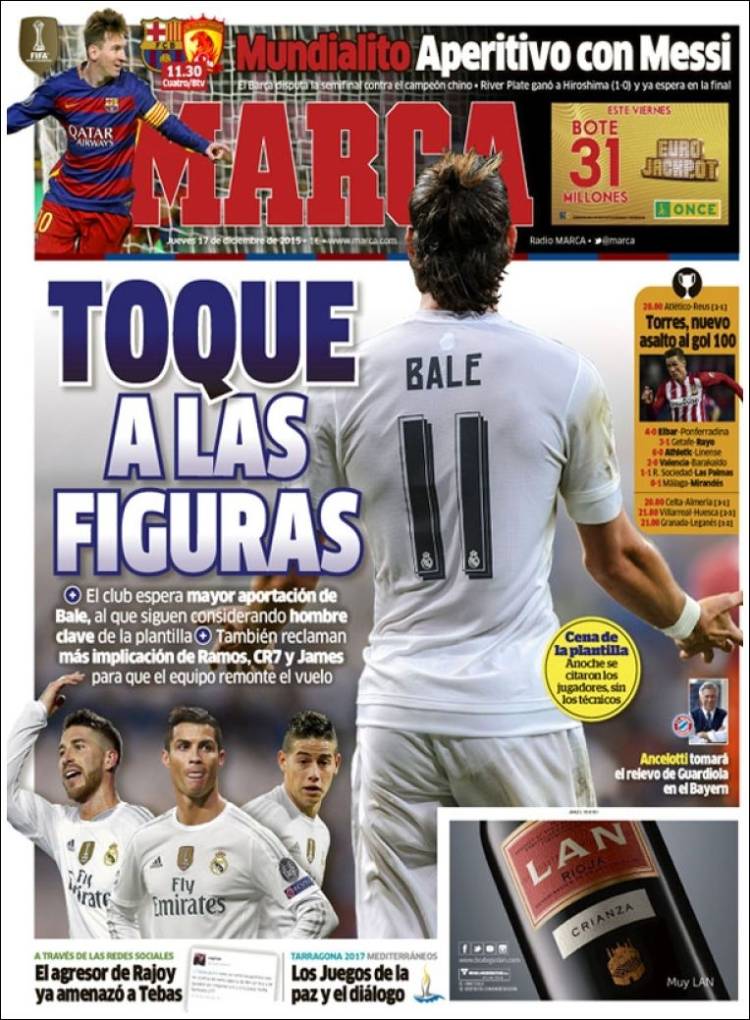 To touch the statistics

The club hope for a better performance from Bale, who they still consider a key man in the squad

They also want more involvement from Ramos, CR 7 and James so the team gets back on track

Squad dinner: the players got together last night without the coaching staff

Ancelotti will take over from Guardiola at Bayern

Barca will play the semi-final against the Chinese champions

Across the social networks: Rajoy’s aggressor has already threatened Tebas 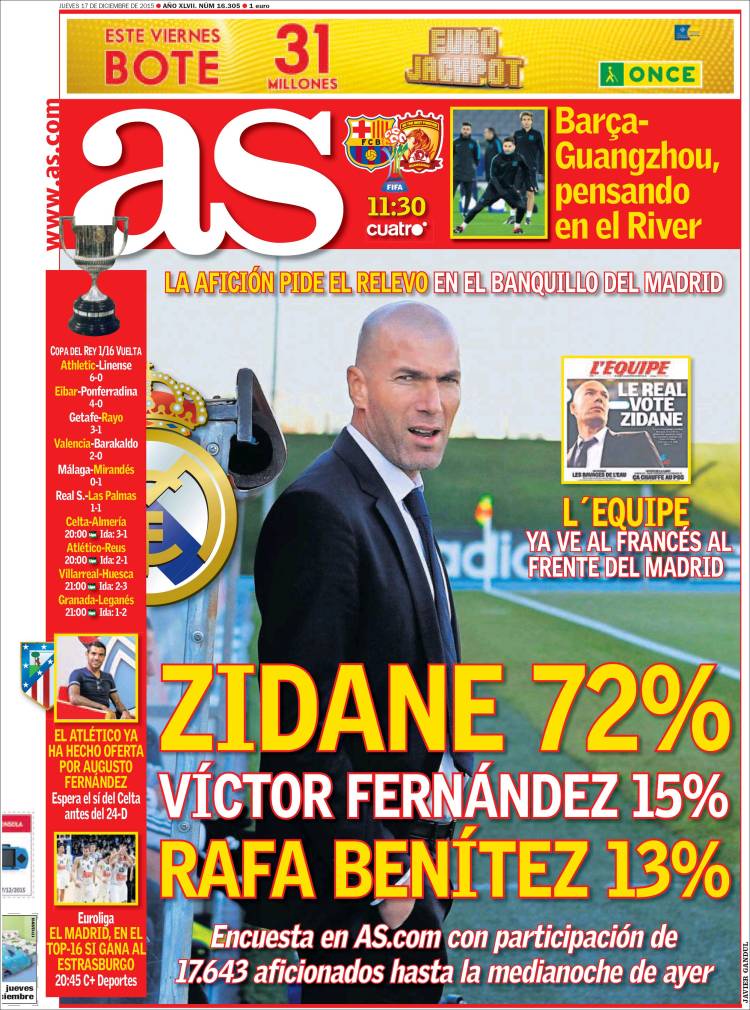 AS.com poll in which 17, 643 took part up to midnight yesterday

L’Equipe already sees the Frenchman at the head of Madrid

The supporters ask for a replacement on the Madrid bench

Atletico have already made an offer for Augusto Fernandez; they are hoping for the okay from Celta before December 24 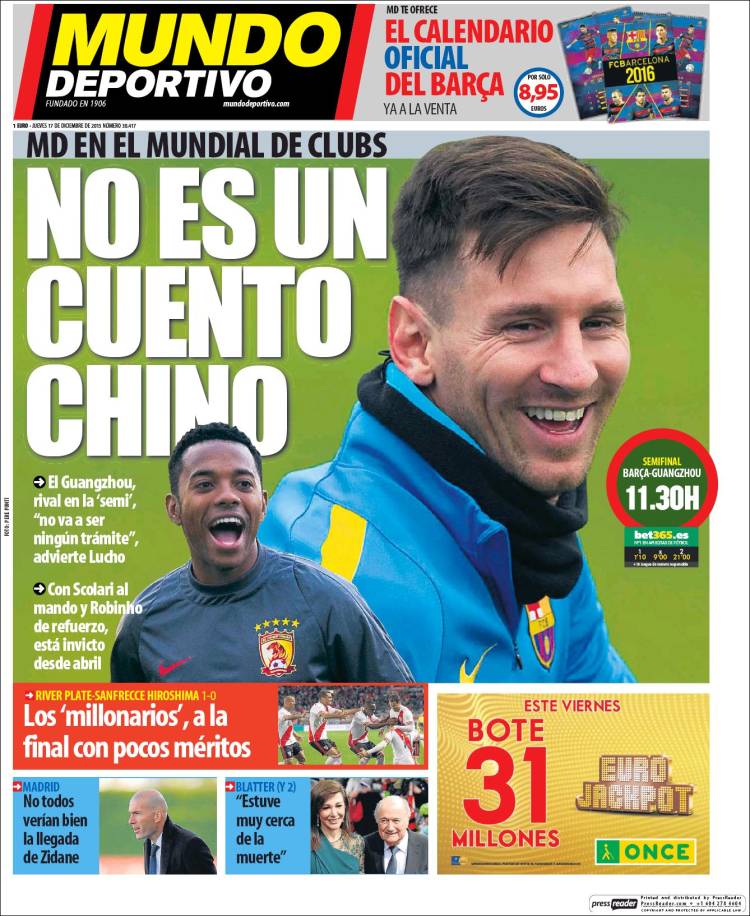 It’s not a tall story

Guangzhou, opponents in the semi-final, “are not going to be a formality” warns Lucho

With Scolari in charge and Robinho as a reinforcement, they are unbeaten since April

Madrid: not everyone sees Zidane’s arrival as good

Blatter: “I was very close to death”