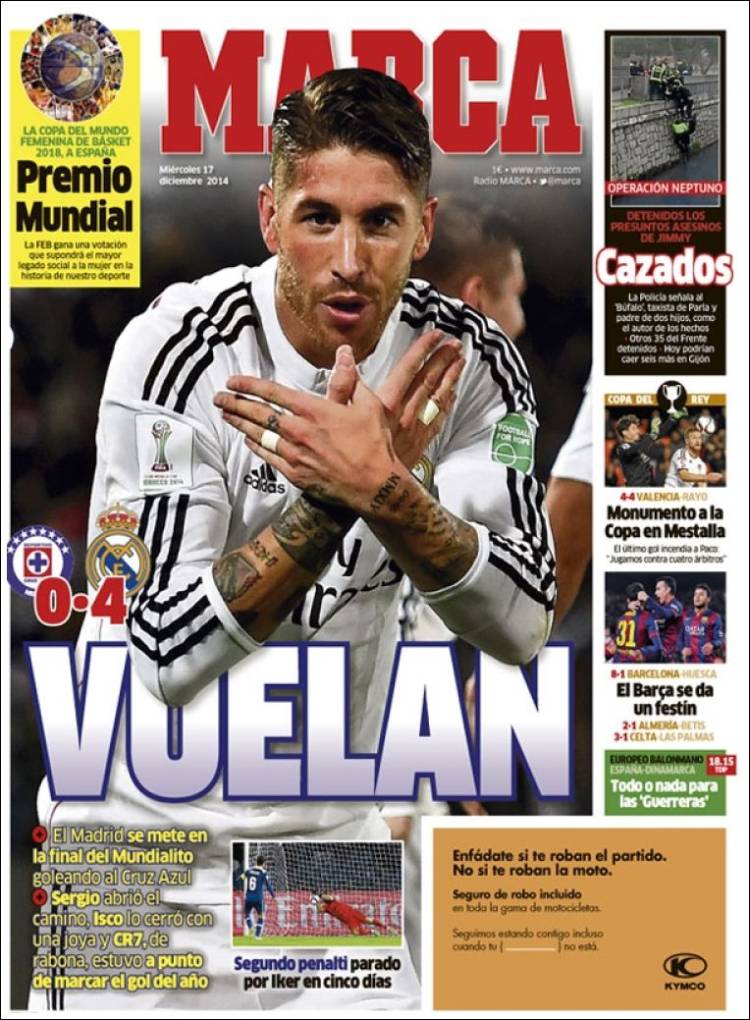 Sergio opened the way, Isco closed it with a pearl, and CR7 with a ‘rabona’ almost scored the goal of the year

A second penalty saved by Iker in five days

The police earmark ‘Buffalo’, a taxi driver from Parla and father of two sons, as the suspect

Another 35 from the Frente are arrested

Six more from Gijon could also be detained today

A monument to the Cup at Mestalla

The last goal incenses Paco: “We played against four referees”

Barca put on a feast 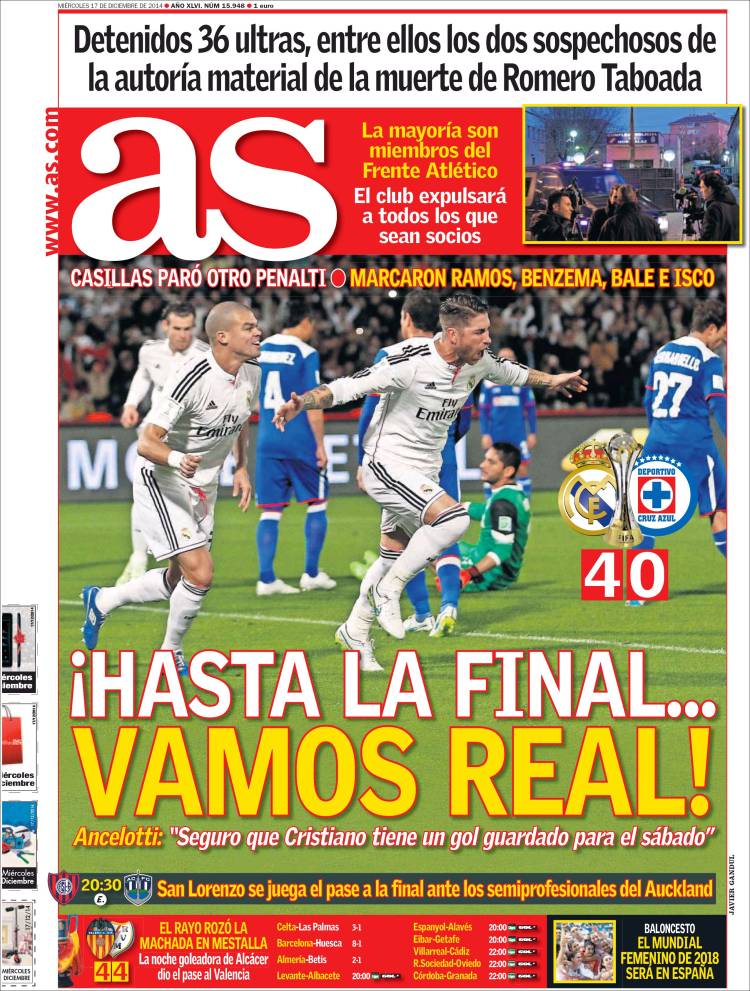 To the final...Come on Real!

Ancelotti: “I’m sure Cristiano has a goal saved for Saturday”

36 ultras detained, among them the two suspected of being the main perpetrators in the death of Romero Taboada

The majority are members of Frente Atletico

The club will expel all those that are members

Rayo are heroic at Mestalla 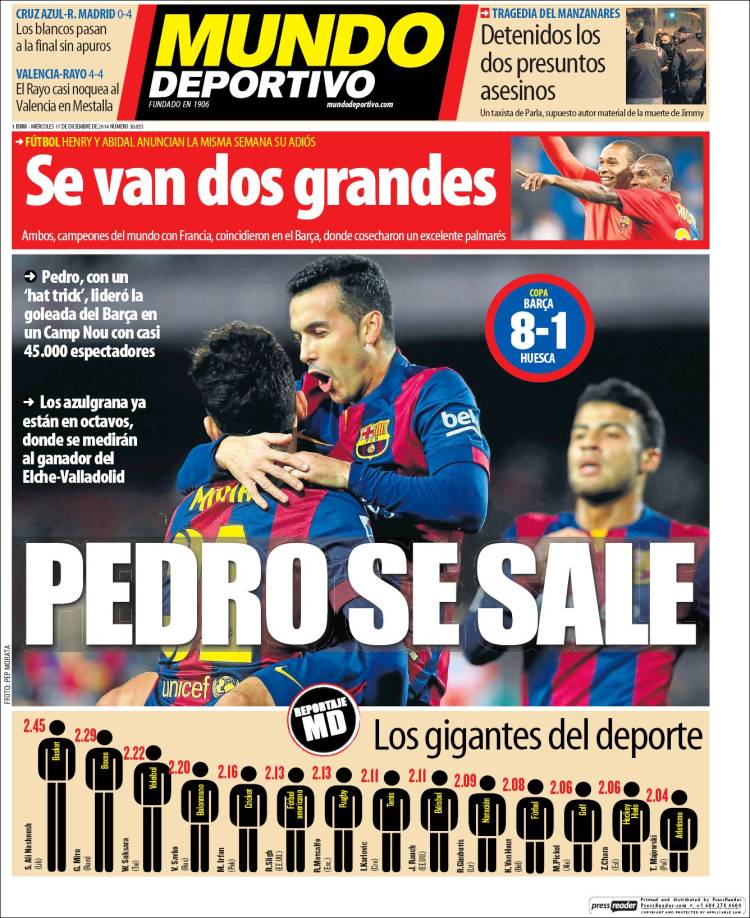 Pedro, with a ‘hat-trick’, led Barca’s goal feast at a Camp Nou with almost 45,000 spectators

The Blaugrana are now in the last 16, where they will face the winners of Elche-Valladolid

Two greats go: Henry and Abidal announce their goodbyes in the same week

Both, World Champions with France, played together at Barca, where they picked up excellent honours

The Manzanares tragedy: the two suspected murderers are arrested

A taxi driver from Parla, the main suspect in Jimmy’s death