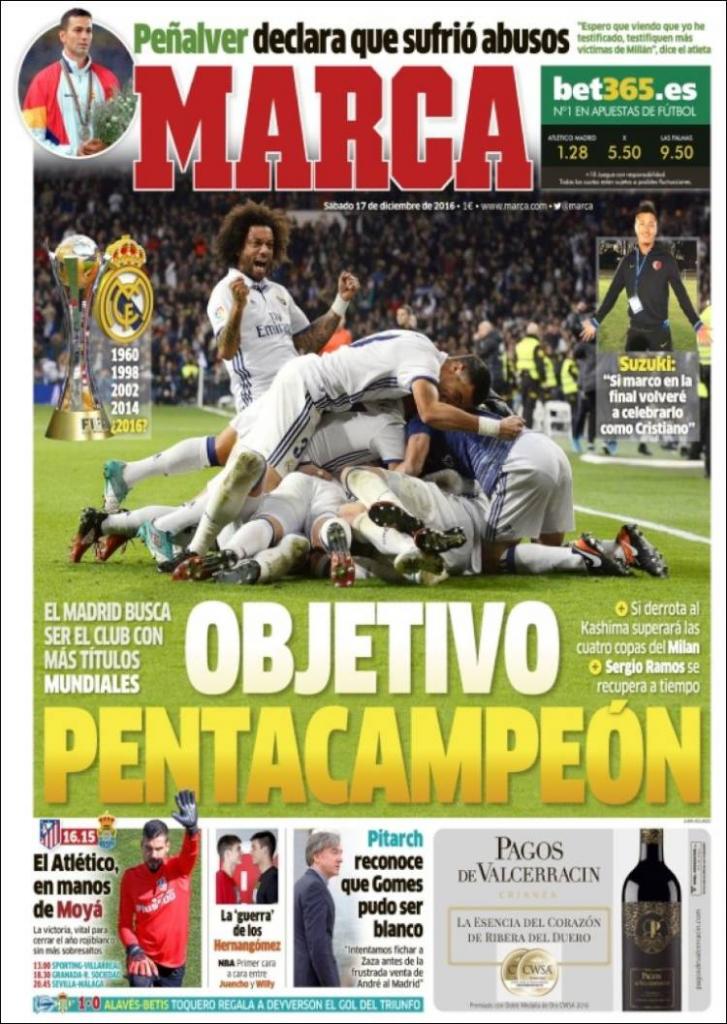 Madrid look to become the club with the most world titles

If they defeat Kashima, they will surpass Milan’s four cups

Suzuki: “If I score in the final, I’ll celebrate like Cristiano”

The victory, vital to end Los Rojiblancos’ year without any more frights

Pitarch acknowledges Gomes could have been Blanco 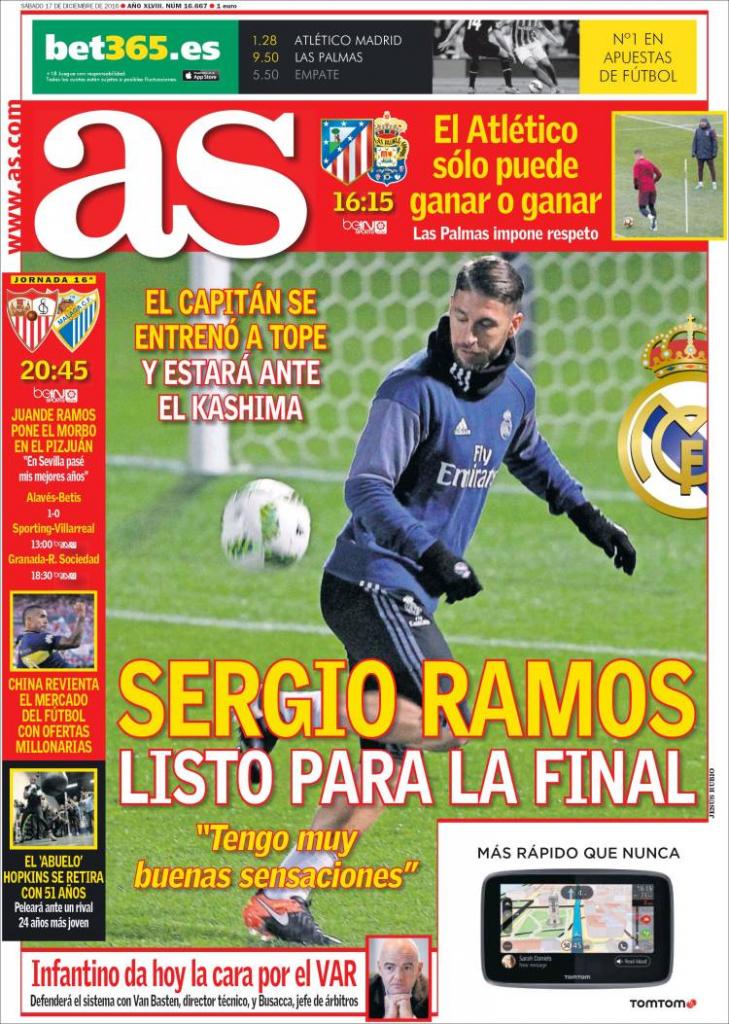 Ready for the final

The captain trained fully and will face Kashima

Atletico can only win or win

Juande Ramos talks up the Pizjuan

“I spent my best years at Sevilla”

China blow up the transfer market with million-dollar deals

He will defend the system with Van Basten, technical director, and Busacca, referees chief 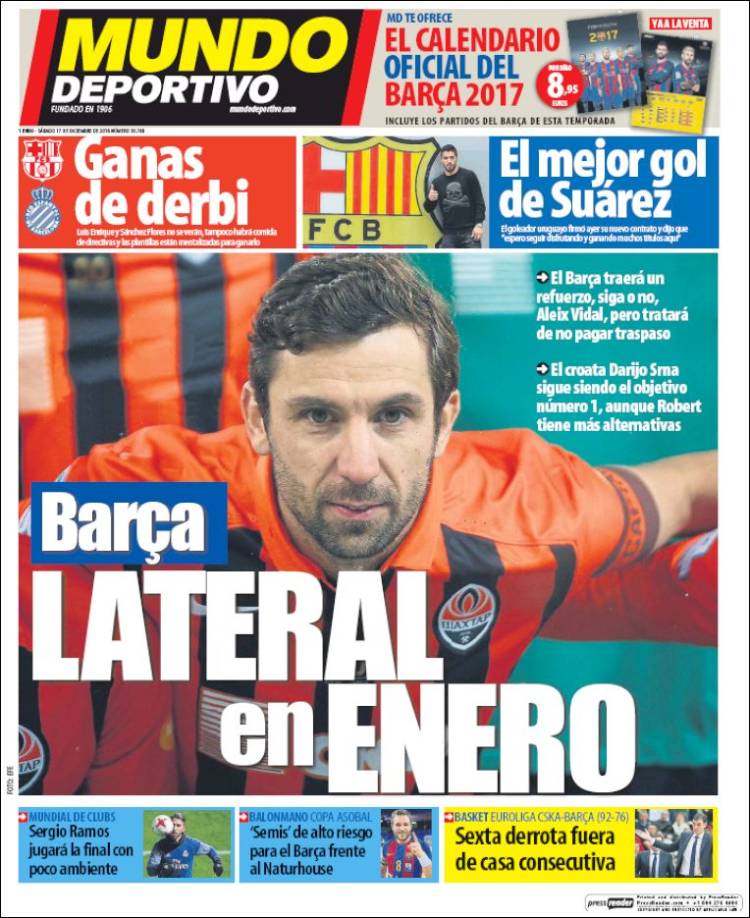 Barca will bring in a reinforcement, regardless of whether Aleix Vidal stays, but they will try to not pay for the transfer

Croatian Darijo Srna remains the No 1 target, although Robert has several alternatives

Luis Enrique and Sanchez Flores will not be seen, neither will there be a meal between the boards as both teams are focused on winning

Sergio Ramos will play in the final with little atmosphere