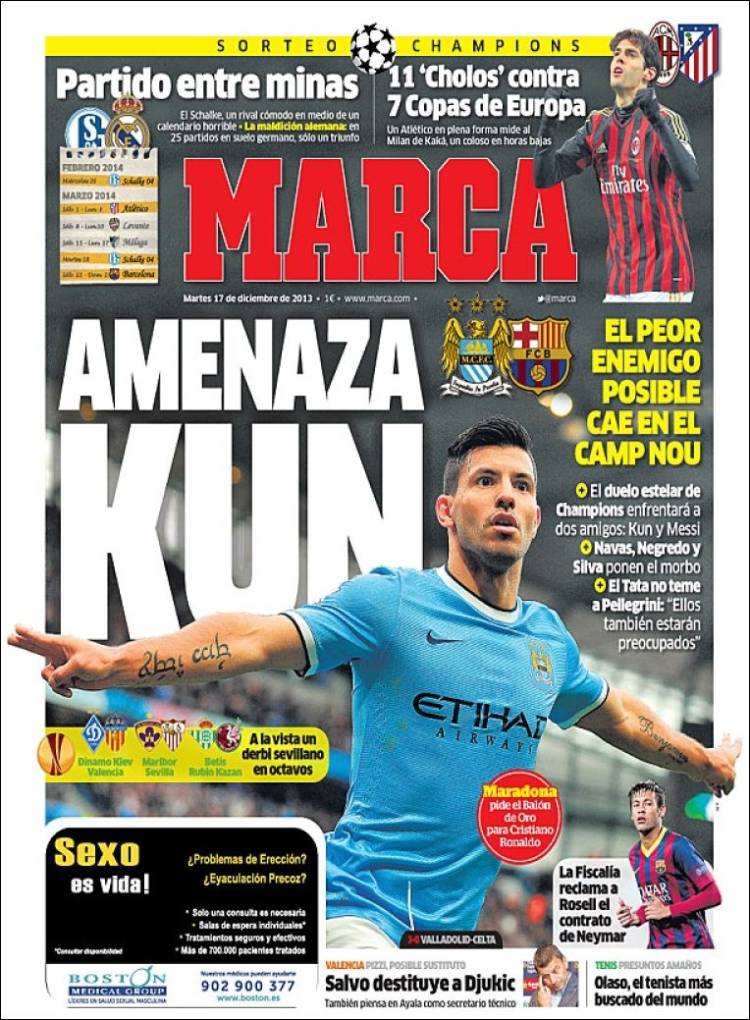 The worst possible rival falls to the Camp Nou

Navas, Negredo and Silva add to the rivalry

Tata does not fear Pellegini: "We will be well-prepared"

A possible Sevilla derby in the quarters

Maradona asks that the Balon d'Or go to Cristiano Ronaldo

11 'Cholos' against the seven-time European champions

Atletico who are in great form meet Milan and Kaka, a sleeping giant

A game among many difficult tests

Salvo gets rid of Djukic, Pizzi and Ayala are possible replacements 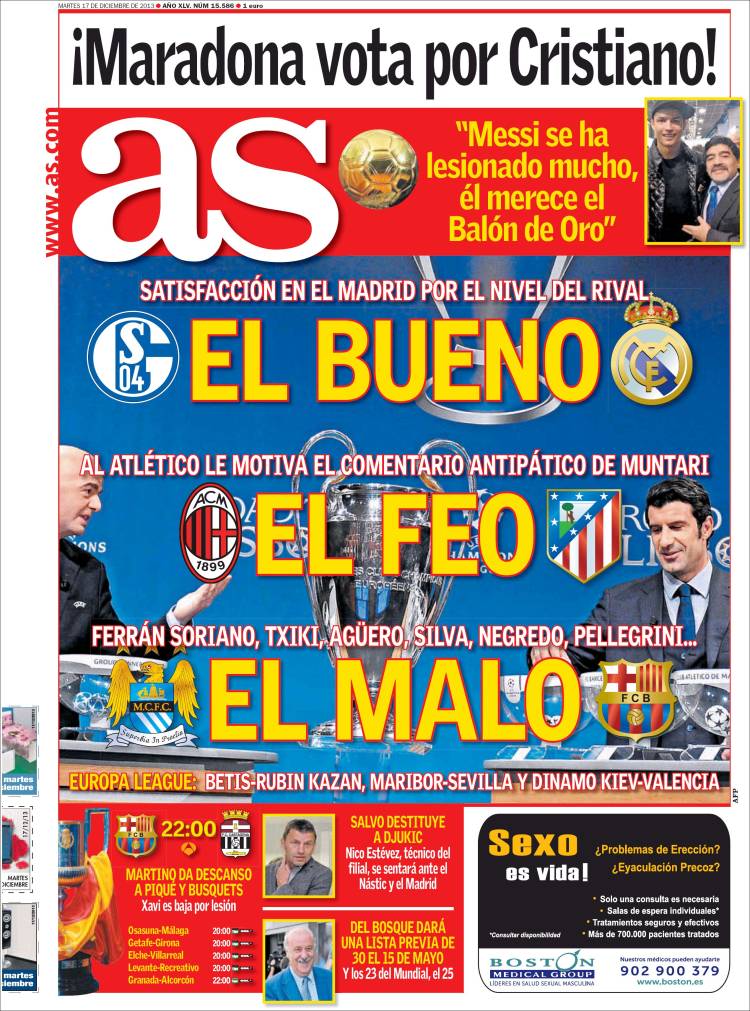 Madrid satisfied with their rival

Atletico motivated by the unfriendliness of Muntari

"Messi has had many injuries, Ronaldo deserves the Balon d'Or," Maradona

Salvo fires Djukic: Nico Estevez, the technical coach, will take over for games Nastic and Madrid

Martino gives a break to Pique and Busquets

Xavi is out injured 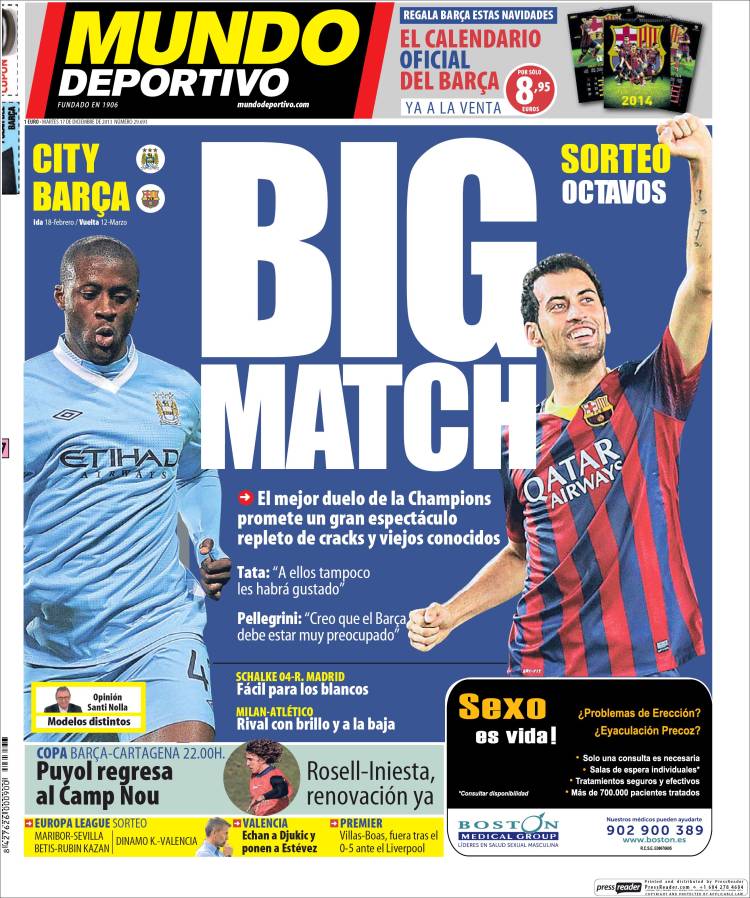 Tata: "They will not have liked the draw either"

Pellegrini: "I believe that Barca should be real worried"

Rosell and Iniesta near an agreement

Djukic is gone and Estevez takes over

Premier League: Villas-Boas out after 0-5 loss to Liverpool