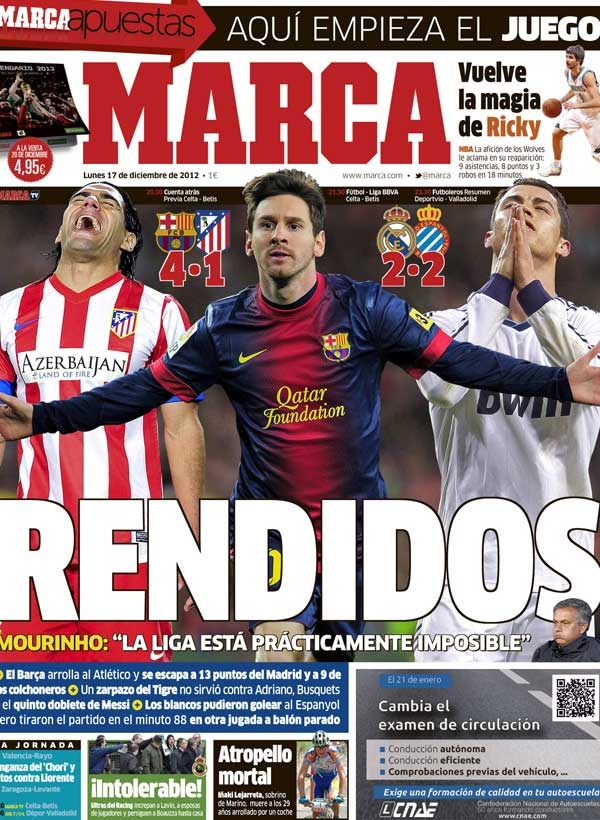 The Tiger struck with it’s paw but was not good enough against Adriano, Busquets and a fifth double from Messi

Accident: Lejarreta dies at 29 in a car accident

The magic of Ricky returns: NBA, the fans of the wolves witness his great return; nine assists, 8 points and 3 steals in 18 minutes 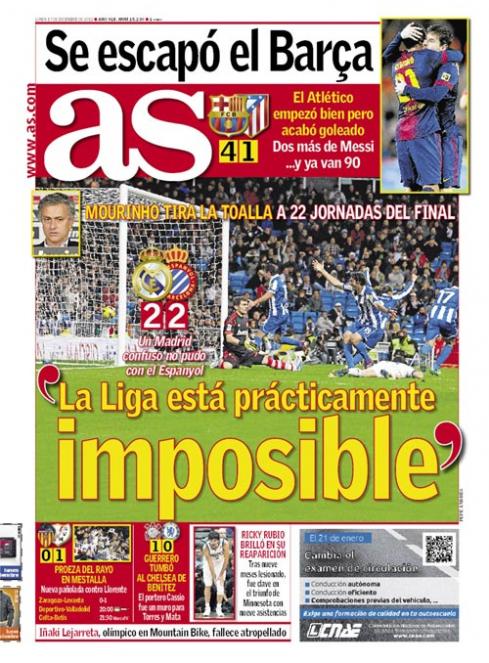 Mourinho throws in the towel with 22 games to play

Barca 4-1 Adriano: Atletico start well but are thrashed; two more for Messi… now he is on 90

Valencia 0-1 Rayo Vallecano: The bravery of Rayo at the Mestalla

White handkerchiefs are waved against Llorente

Blond Ricky is brilliant in his return; after nine months injured, it was a triumphant return in Minnesota with nine assists

Inaki Lejarreta, the Olympic mountain biker, dies in an accident 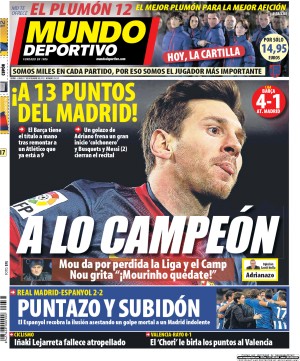 To 13 points ahead of Madrid; Barca have the title in their hands after coming back against Atletico with the difference now 9 points between the two sides

Real Madrid 2-2 Espanyol; A great point and a strong show