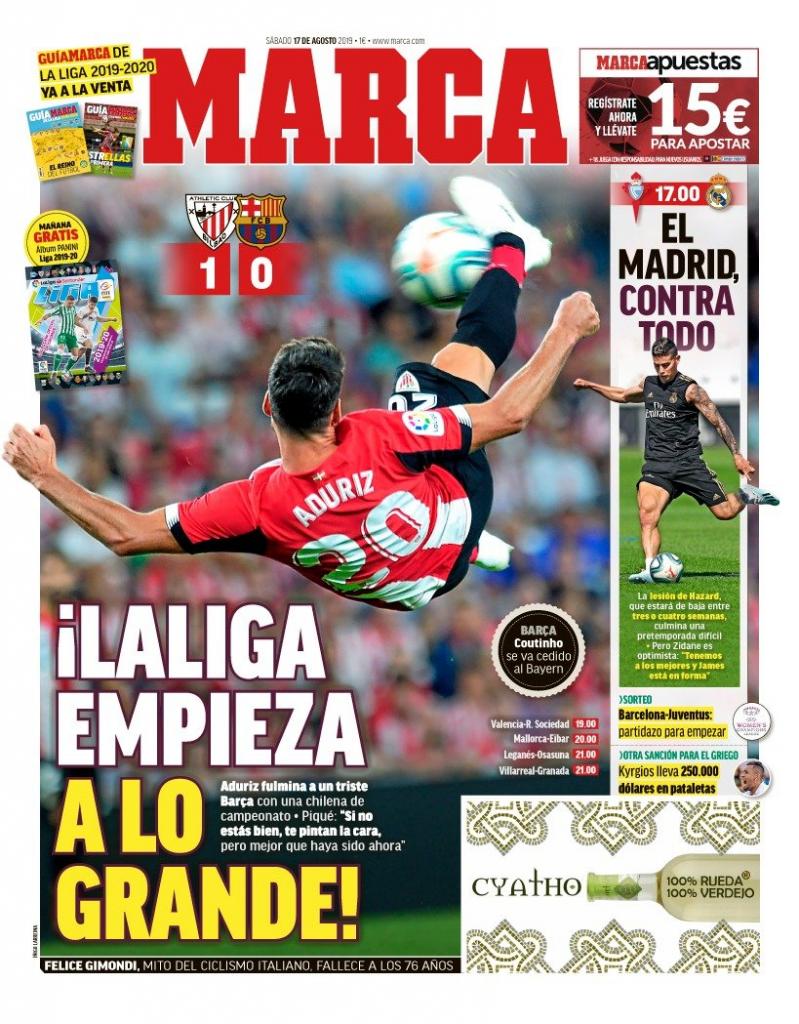 FC BARCELONA: Gerard Pique: "When you are not at your best you get beaten, but it is best that it has happened now."

REAL MADRID: Madrid against everyone - Eden Hazard's injury, which will leave the forward out of action for three or four weeks, is the result of a difficult preseason campaign.

REAL MADRID: Zinedine Zidane is optimistic: "We have the best players and James Rodriguez is in good shape if we need him." 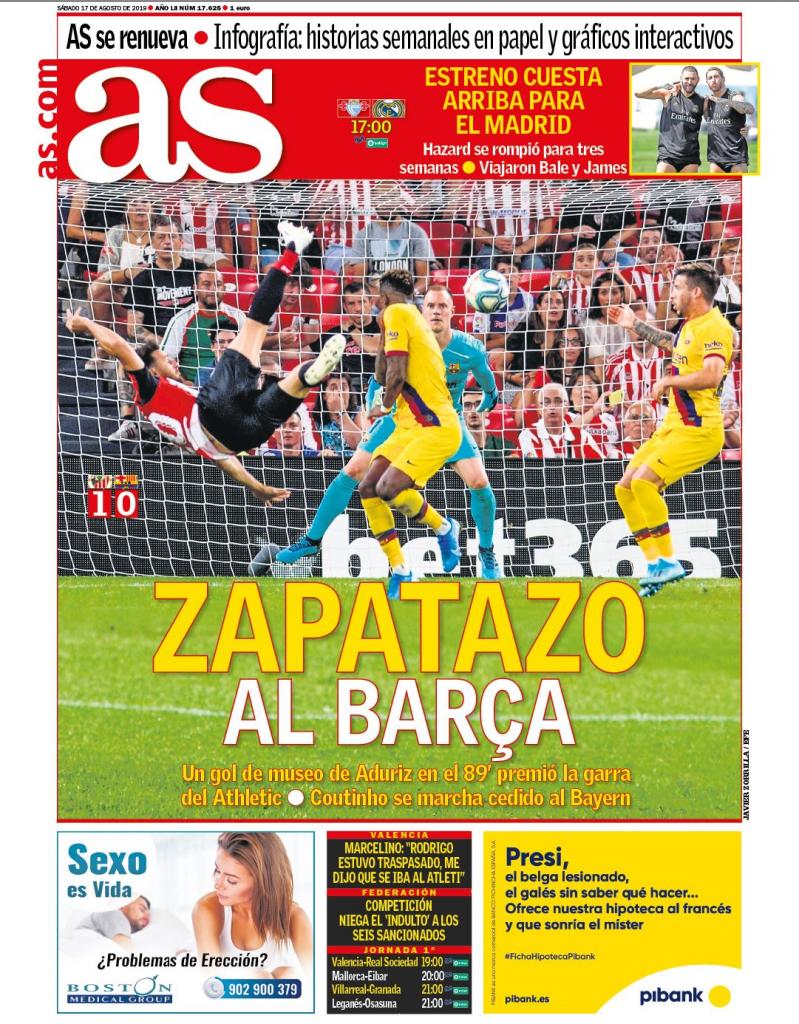 REAL MADRID: Zinedine Zidane's side face a difficult start to the La Liga season with a trip to Celta Vigo. Eden Hazard will miss the first three weeks of the campaign due to injury, however James Rodriguez and Gareth Bale are in the travelling squad. 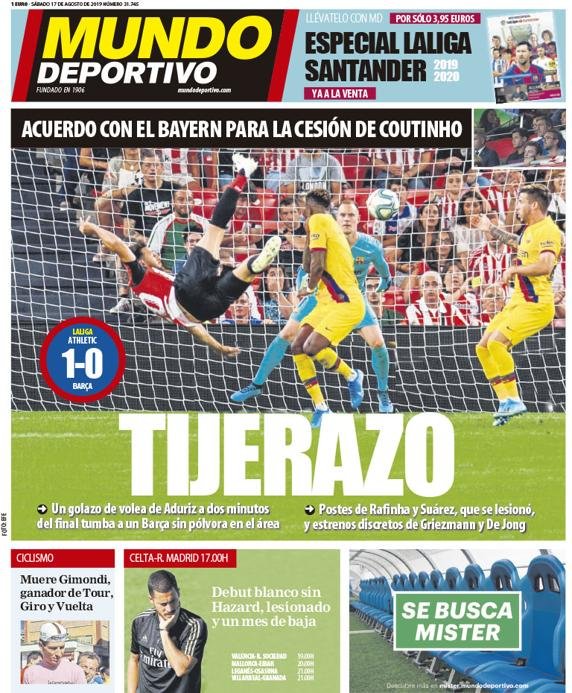 FC BARCELONA: Luis Suarez suffers an injury against the Basque club, with Antoine Griezmann and Frenkie De Jong both enduring quiet debuts for the Catalan side.

REAL MADRID: Eden Hazard will miss Real Madrid's trip to face Celta Vigo this weekend, and the Belgian international could be sidelined for a month due to injury.