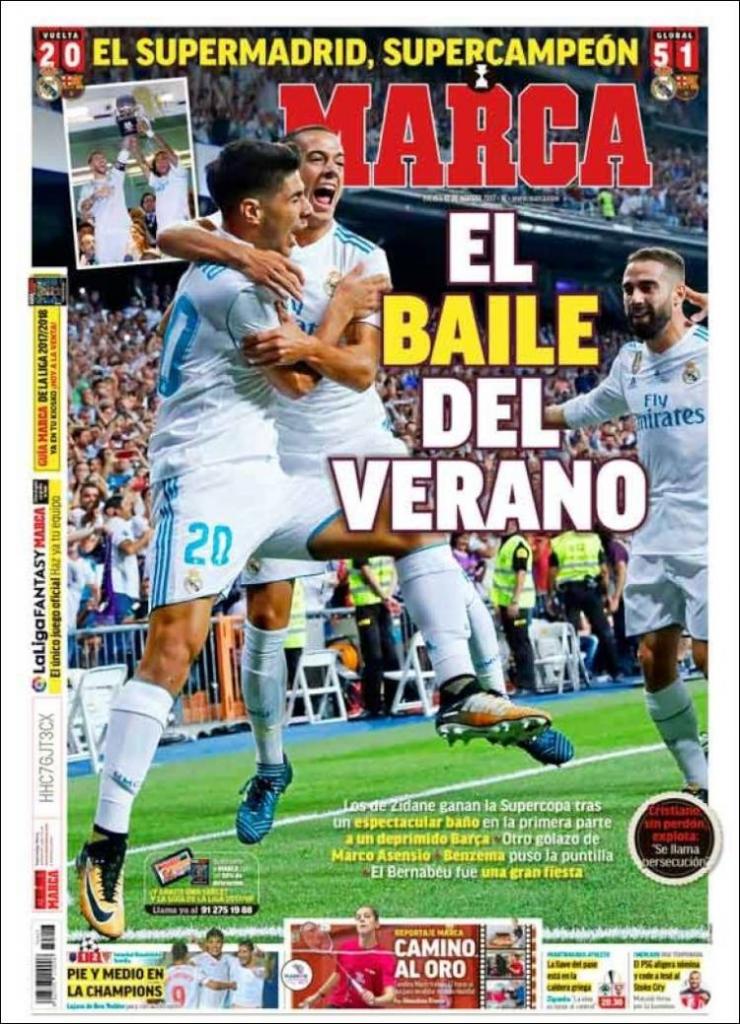 Zidane wins the Supercopa after strong display against a depressed Barca, another Asensio golazo, Benzema led the line, big party in the Bernabeu

Cristiano appeal fails: 'It's a persecution' 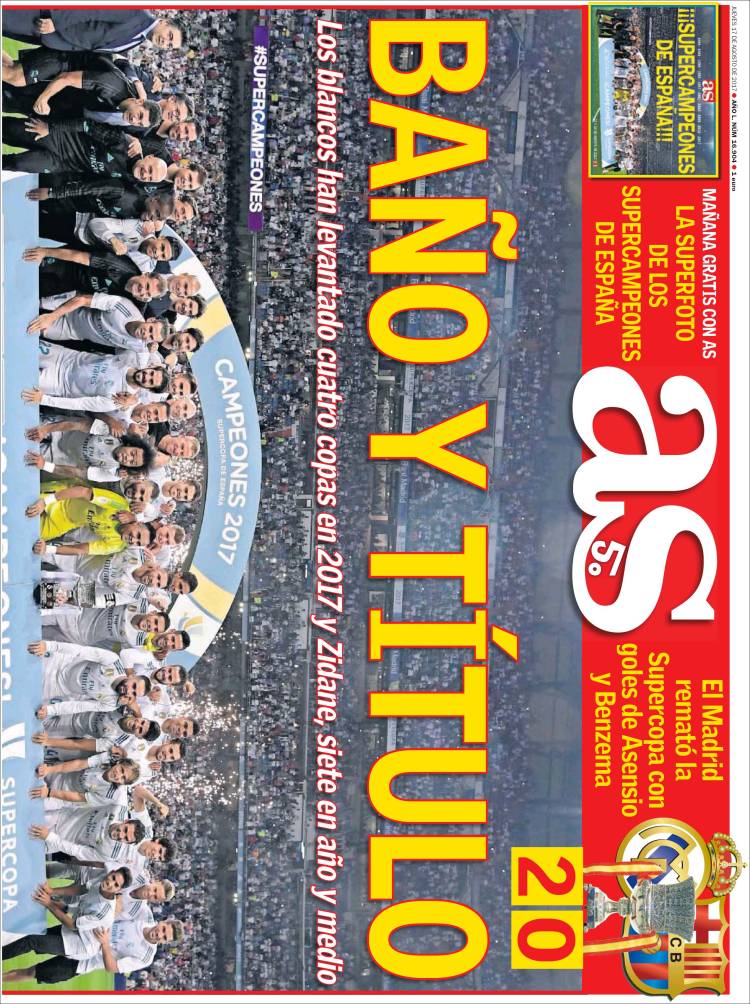 Madrid win fourth trophy of 2017, Zidane his 6th in a year and a half

Great goals from Asensio and Benzema

Pique: For  the first time I felt they were better than us

Giant win for Sevilla in Turkey

Athletic go to the Athens cauldron

Atletico to premiere in Wanda on 16th September 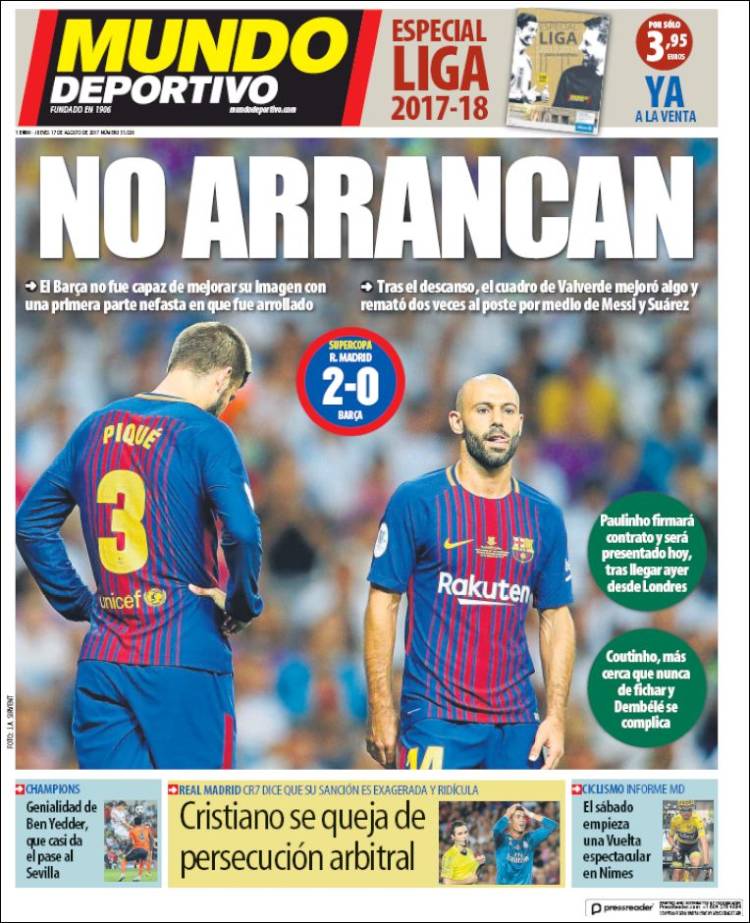 Barca incapable of getting a foothold after a disastrous first half, second half improvement - Messi and Suarez both hit the post

Coutinho is closer than ever and Dembele is complicated