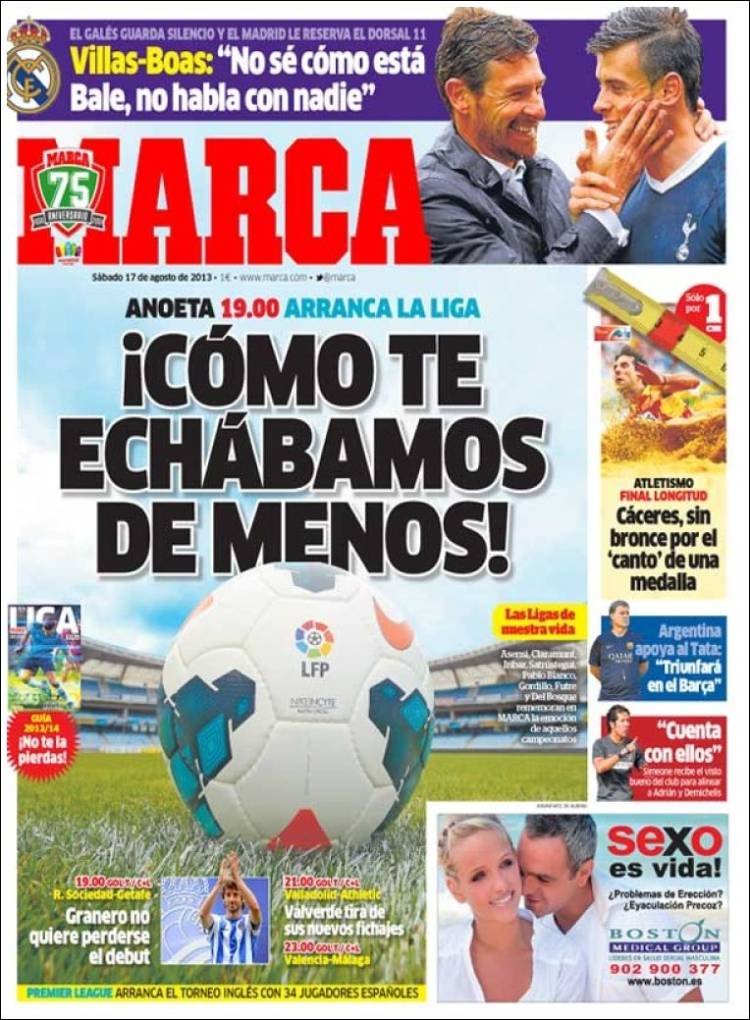 How we’ve missed you!

Real Sociedad-Getafe: Granero does not want to miss his debut

Villas-Boas: “I don’t know how Bale is. He doesn’t speak to anybody”

The Welshman remains silent and Madrid reserve the No 11 jersey

Argentina supports Tata: “He will be a success at Barcelona” 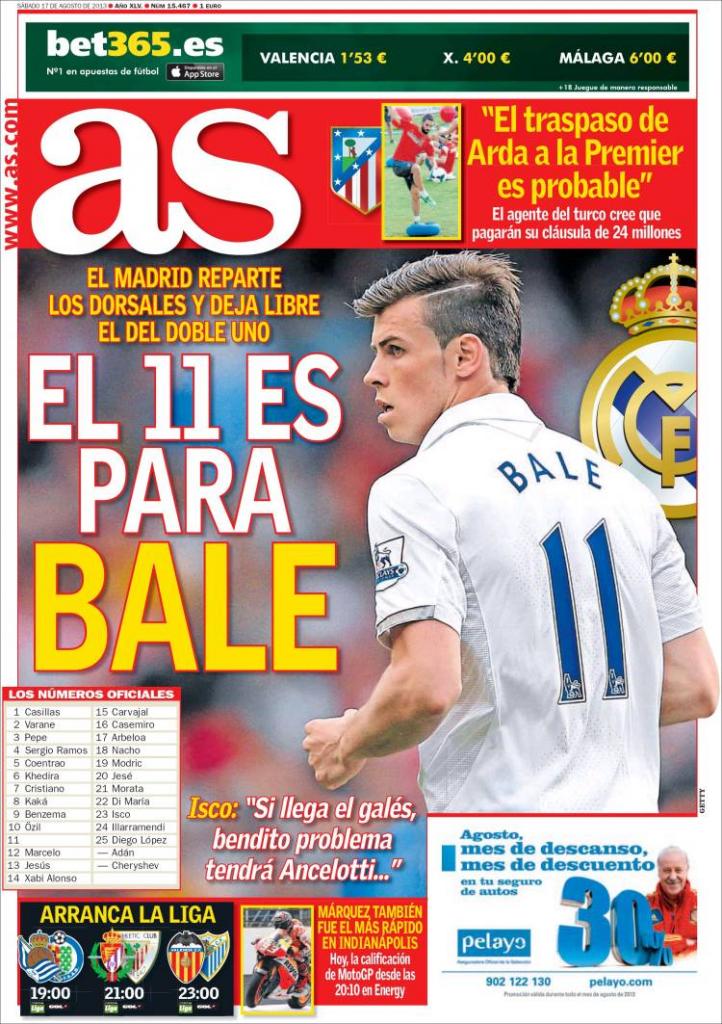 Madrid hand out the numbers and leave the ‘double one’ free

Isco: “If the Welshman comes it will be a nice problem for Ancelotti to have...” 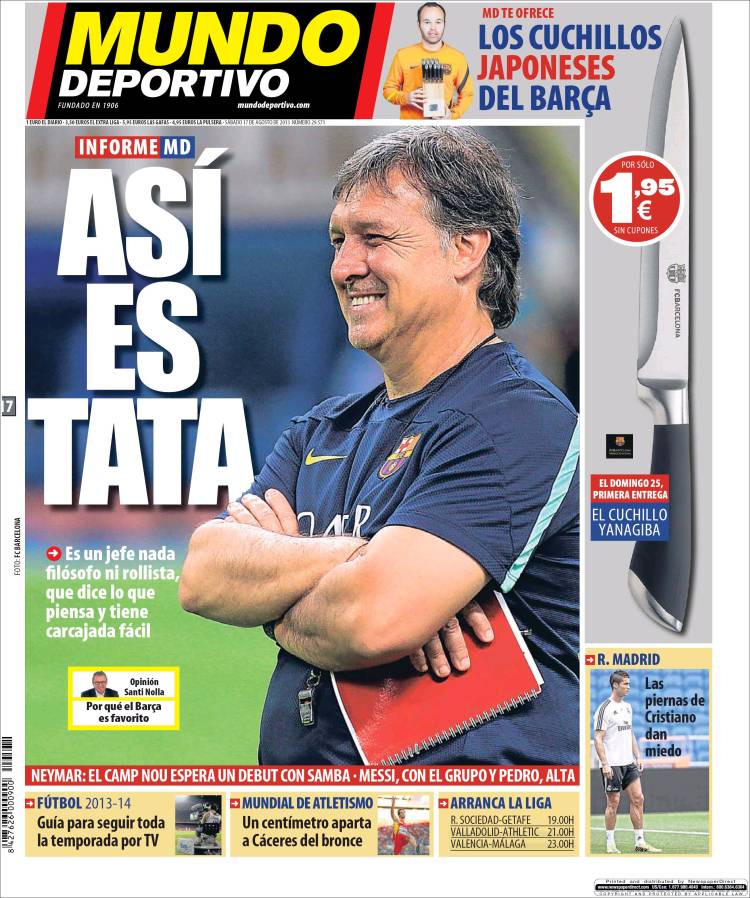 This is how Tata is

He is neither a philosopher nor a bore, says what he thinks and has an easy laugh

Neymar: The Camp Nou waits for his debut with a samba

Messi with the squad and Pedro fit