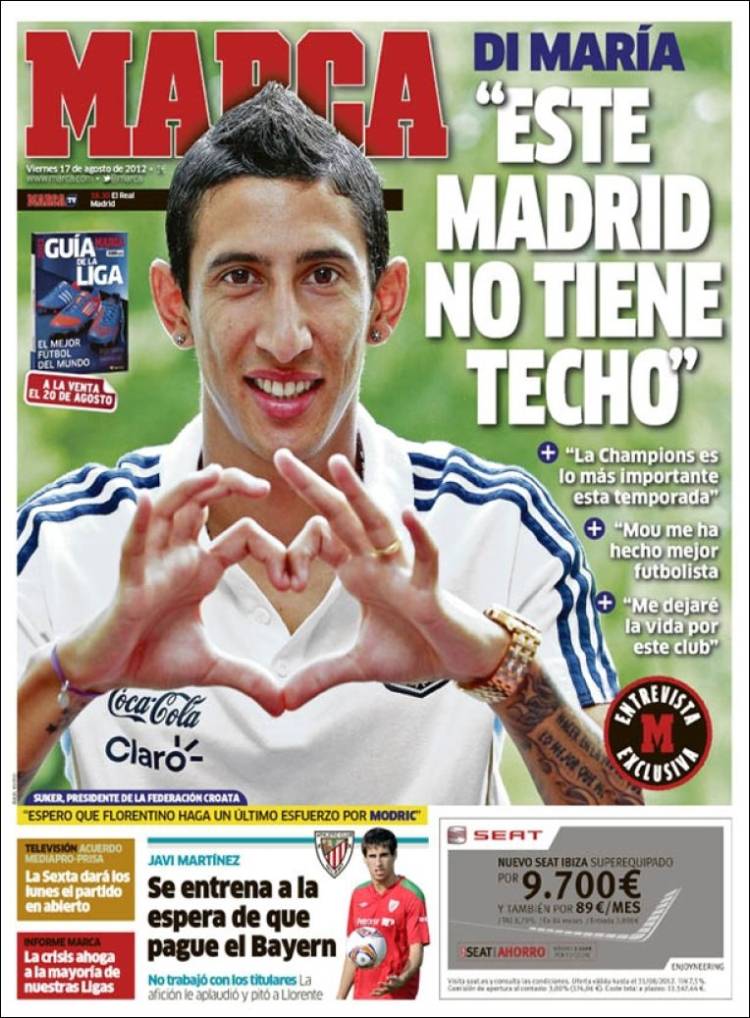 Di Maria: "This Madrid has no limit"

"The Champions League is the most important thing this season"

"Mou has made me a better footballer"

"I would give my life for this club"

"I hope Florentino makes a final push for Modric"

The crisis is choking most of our Leagues

Javi Martinez: he trains and waits for Bayern to pay

Martinez does not train with the first team, while the fans applaud him and jeer Llorente 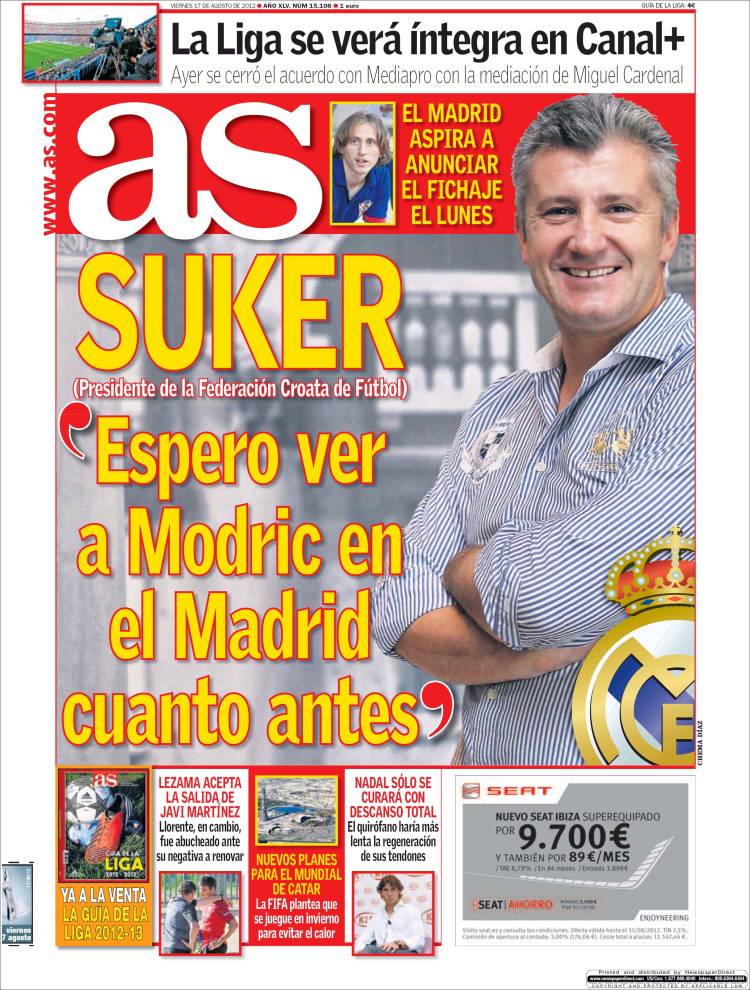 Suker, President of the Croation Football Federation: "I want to see Modric at Madrid as soon as possible"

La Liga will be seen on Canal+: they reached agreement yesterday thanks to Miguel Cardenal's mediation

Lezama accepts Javi Martinez's exit: Llorente, on the other hand, was jeered after refusing to renew his contract 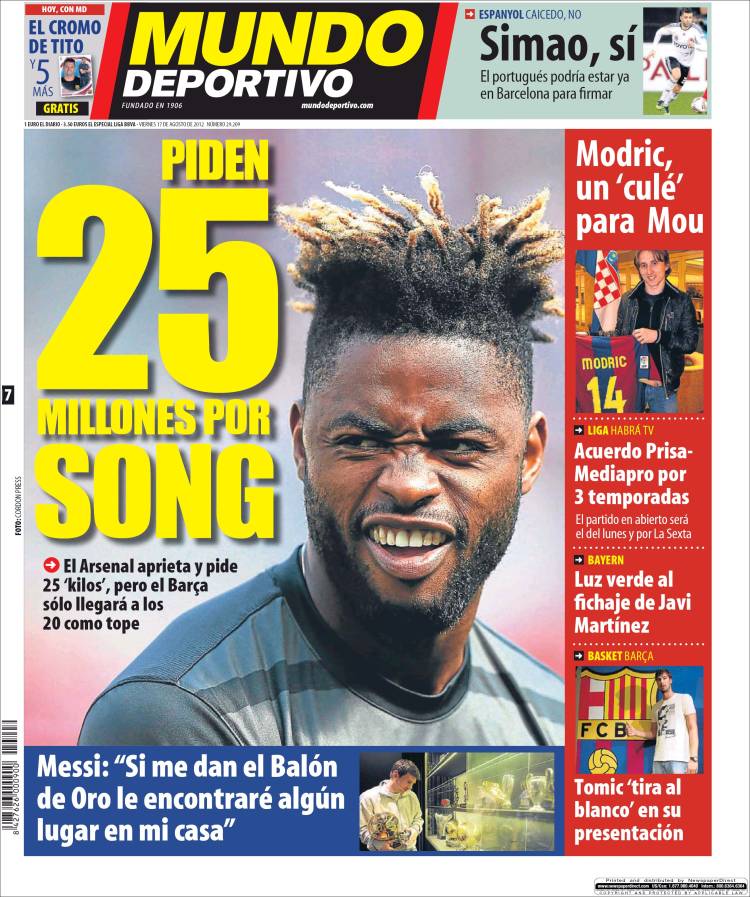 They are asking €25m for Song

Arsenal put the squeeze on and demand €25m, but Barca will only pay €20m maximum

Messi: "If they give me the Ballon d'Or I will find somewhere in my house to put it"

Simao 'yes': the Portuguese should be in Barcelona to sign

Modric - a 'Cule' for Mourinho

Prisa-Mediapro agreement for three seasons: the open game will be on Mondays and broadcast by La Sexta

Bayern give the green light to Javi Martinez signing