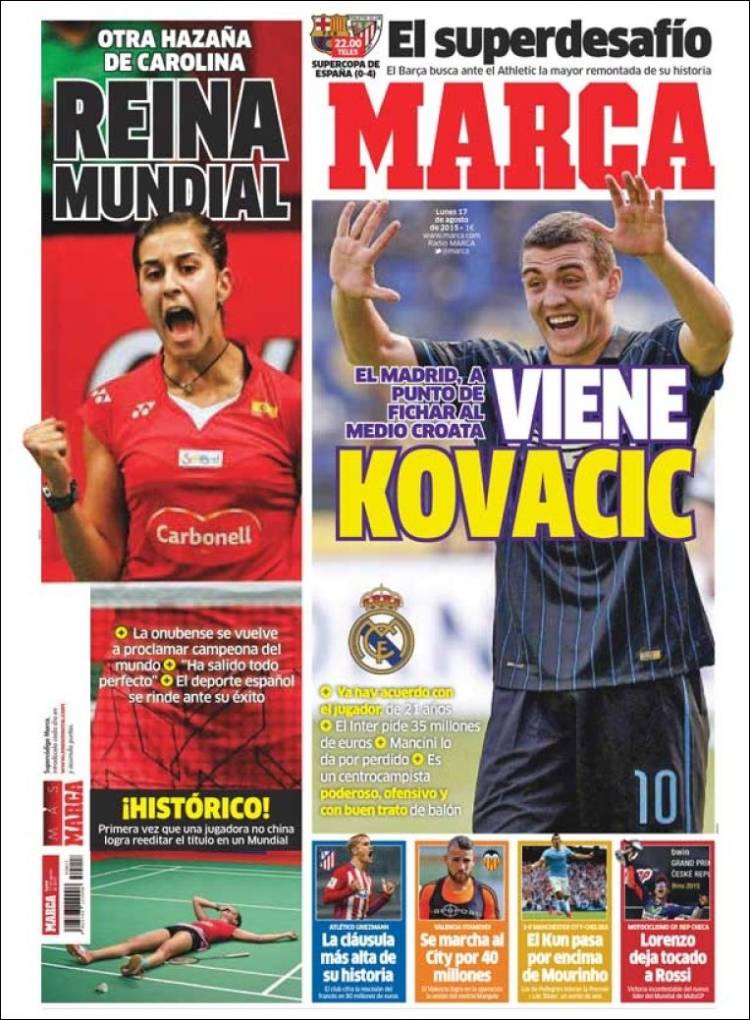 There is an agreement with the 21-year-old

He is a powerful, attacking midfielder with good ball control 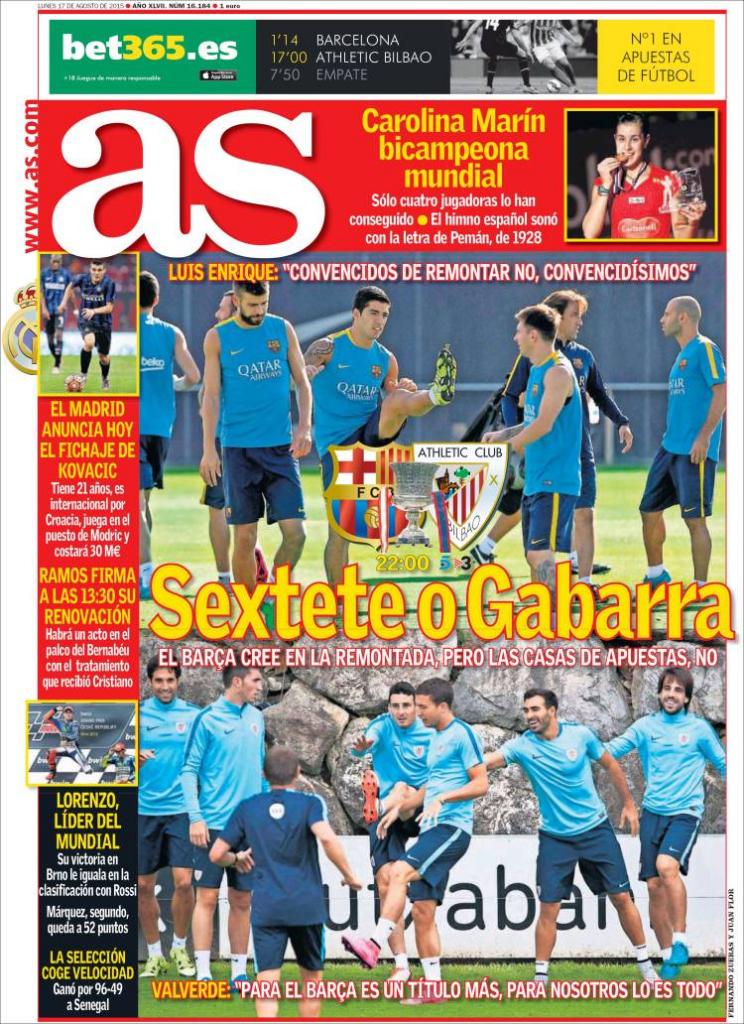 Barca believe in the comeback, but the bookmakers don’t

Valverde: “For Barca it’s just another title, for us it’s everything”

Real Madrid to announce the signing of Kovacic

The Croatia international, 21, plays in Modric’s position and will cost €30m 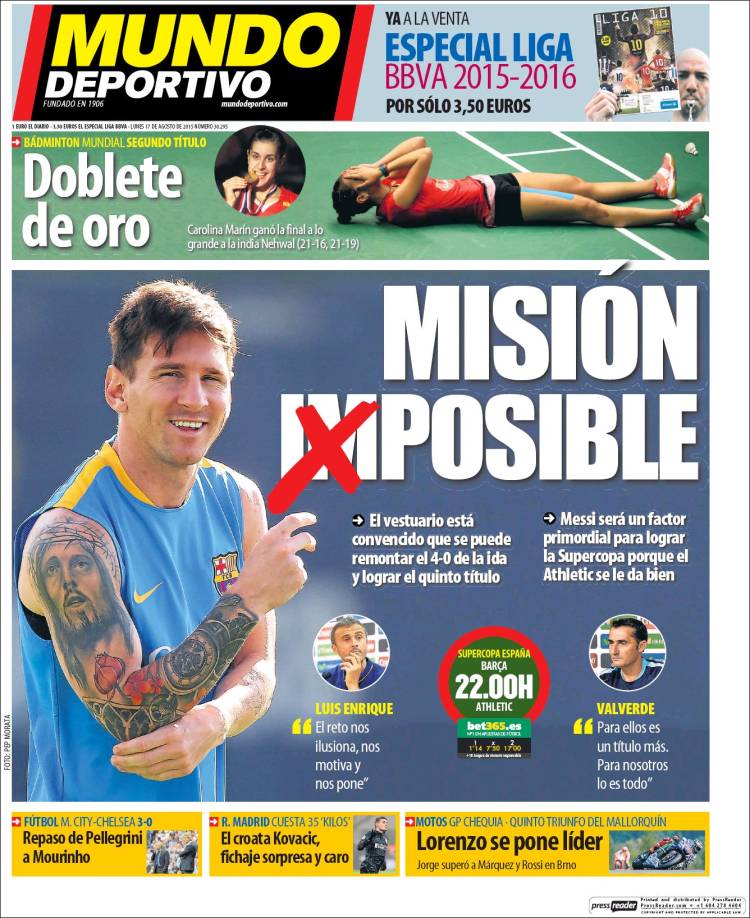 Luis Enrique: “The challenge excites us and motivates us”

Valverde: “For them it’s just another trophy, for us it’s everything”

The Croatian Kovacic is a surprise signing and expensive