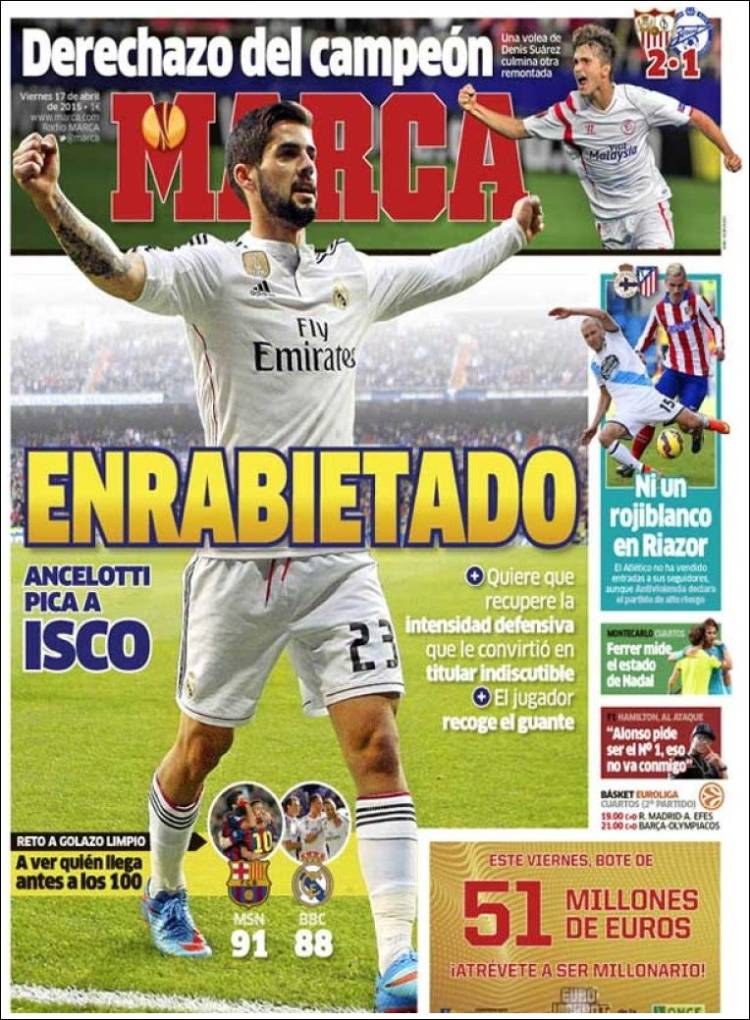 The player picks up the gauntlet

The champions’ right. A Denis Suarez volley rounds off another comeback

Not one Rojiblanco at Riazor. Atletico have not sold any tickets to their fans, while the Anti-Violence committee have declared the match high risk 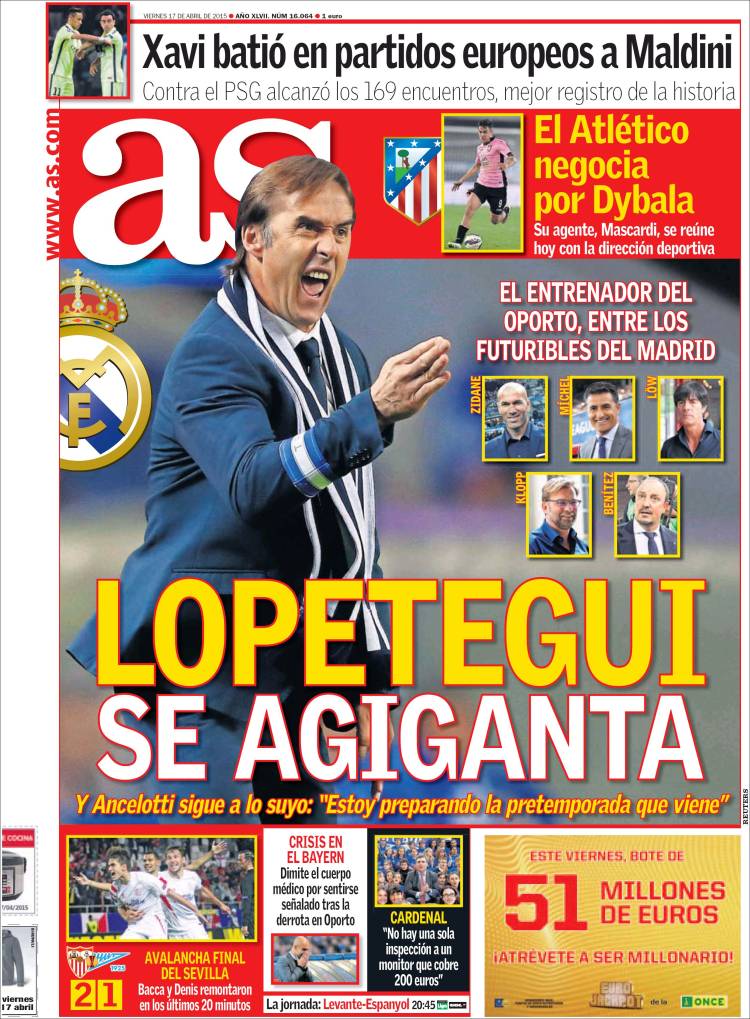 And Ancelotti himself carries on: “I’m preparing for the coming pre-season”

The Porto Coach among the ones for the future Madrid: Zidane, Michel, Low, Klopp, Benitez

Xavi beat Maldini in the number of European games played. Against PSG he reached 169 appearances, the best figure in history

A final avalanche from Sevilla. Bacca and Denis mounted the comeback in the last 20 minutes

Crisis at Bayern. The medical team resign because they feel blamed after the defeat at Porto

Cardenal: “There’s no single inspection a monitor can make that earns €200” 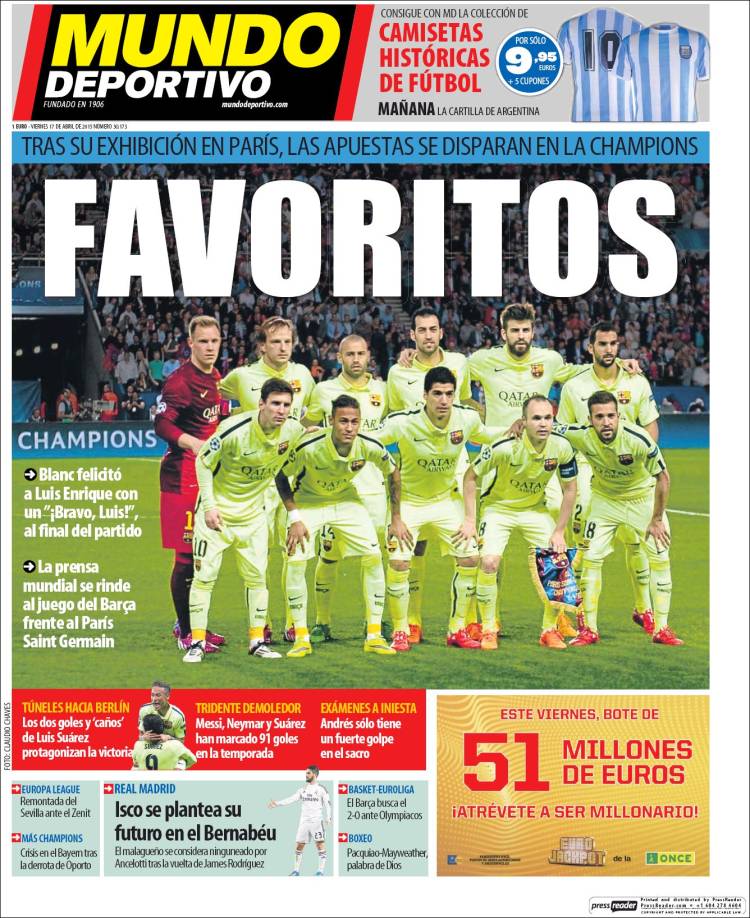 Blanc congratulated Luis Enrique with a “Bravo, Luis!” at the end of the game

Tunnel towards Berlin. The two goals and Luis Suarez’s ‘nutmegs’ are the features of the victory

A trident that grinds you down. Messi, Neymar and Suarez have scored 91 goals this season

Iniesta examined. Andres only has a strong blow to the spine

Crisis at Bayern after the defeat in Porto

Isco questions his future at the Bernabeu. The Malaga-born player feels he is not wanted by Ancelotti after James Rodriguez’s return