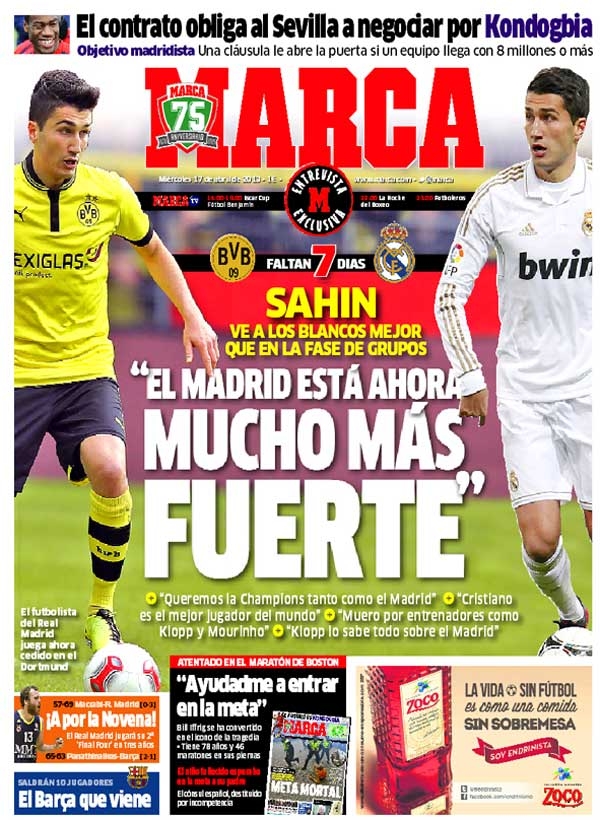 "Madrid is now the most strongest side," Sahin

Sahin sees Los Blancos better than in the group stages

"We want to win the Champions as much as Madrid," Sahin

"Cristiano is the best player in the world," Sahin

"I die for managers like Klopp and Mourinho," Sahin

"Klopp he knows everything about Madrid," Sahin

Sahin of Real Madrid who has been loaned to Dortmund

His contract obliges Sevilla to negotiate with Kondogbia

Madrid objective: A clause opens the door if a team want to depart with 8 million or more

Barca: 10 players will leave, the Barca to come

Attack on the Boston Marathon 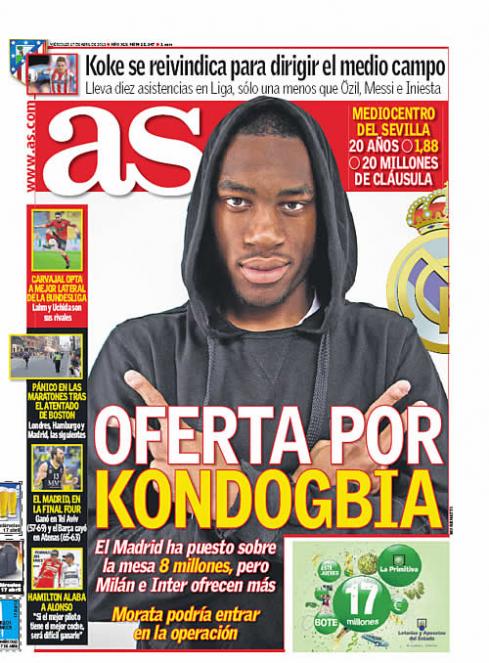 Madrid have put around 8 million on the table, but, Milan and Inter offer more

Morata could enter the operation

Koke vindicates decision to play in the midfield

He has ten assists in Liga, only one less than Ozil, Messi and Iniesta

Carvajal the best full in the Bundesliga

Lahm and Uchida are this rivals

Panic in the Marathons after the attack on Boston

London, Hamburg and Madrid, are next

Madrid, in the final four

"He is the best driver, it will be difficult to beat him," Hamilton 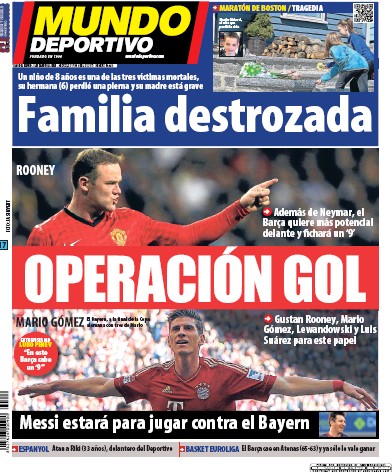 Rooney: Further to Neymar, Barca want a more potent forward, they will sign a real number '9'

Mario Gomez: Bayern, in the final of the German Cup with three goals from Gomez

They like Rooney, Mario Gomez, Lewandowski and Luis Suarez on their thoughts

Messi will play against Bayern

A boy of 8 years is one of the victims of the attack in Boston, his sister loses her foot and her mother is a serious condition

Real Madrid: Mou delays his decision on his future