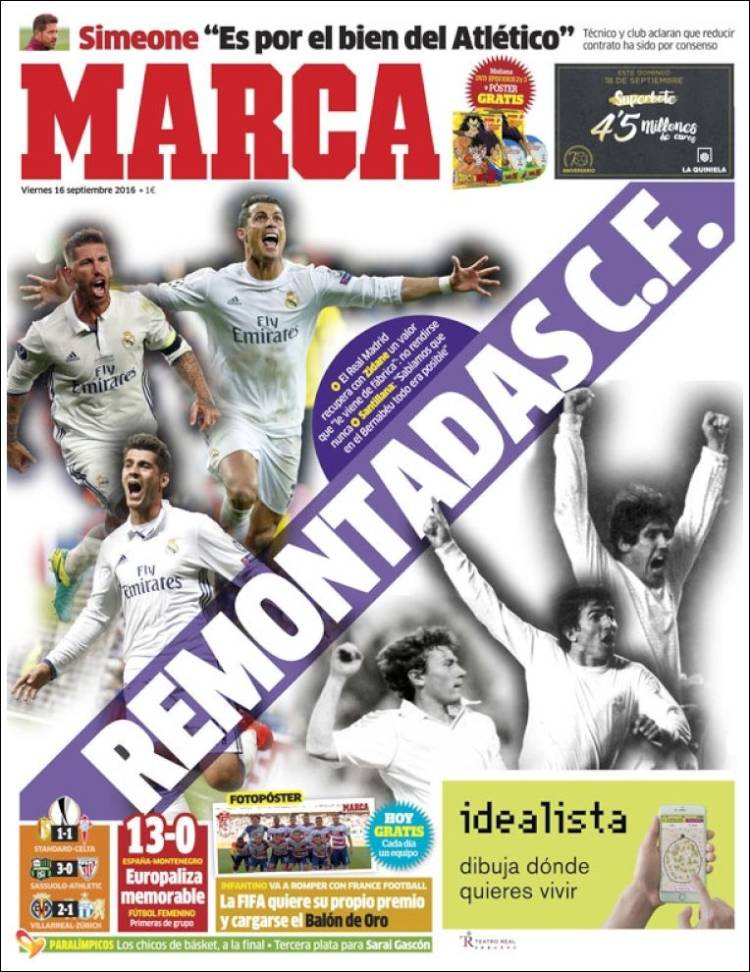 Santillana: 'We've always known at the Bernabeu, anything is possible'

Simeone: 'It's good for Atletico' - the manager and club agree a two-year reduction in Simeone's contract 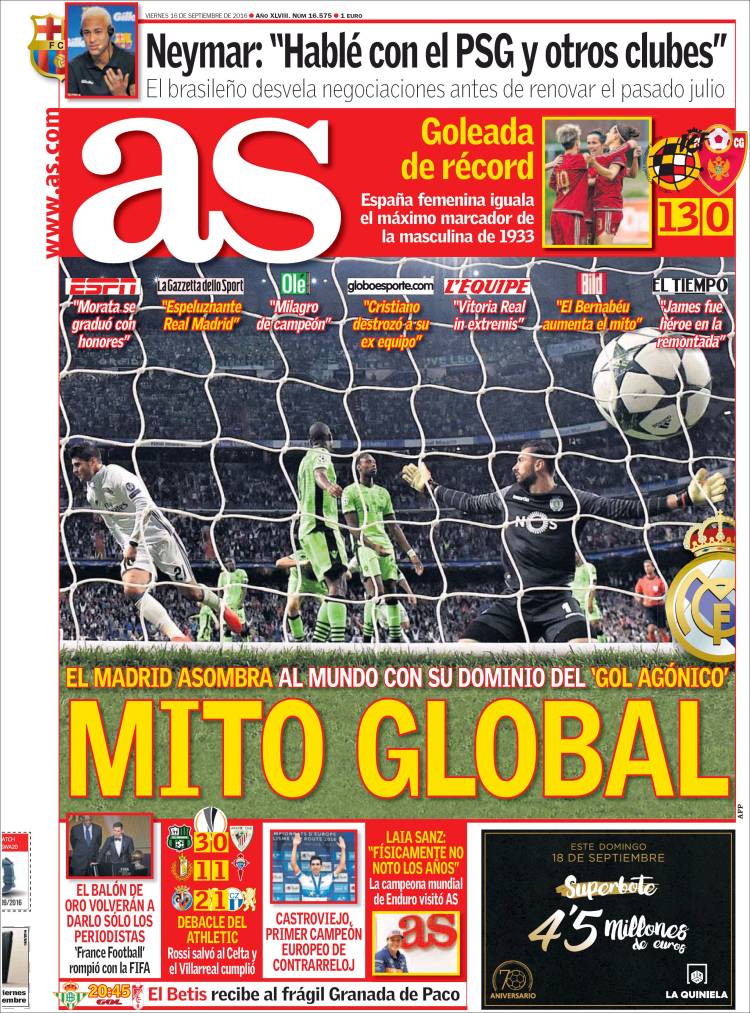 Neymar: 'Spoke with PSG and other clubs' - The Brazilian reveals talks with other club before contract renewal in July

The Balon D'Or is to return to journalists 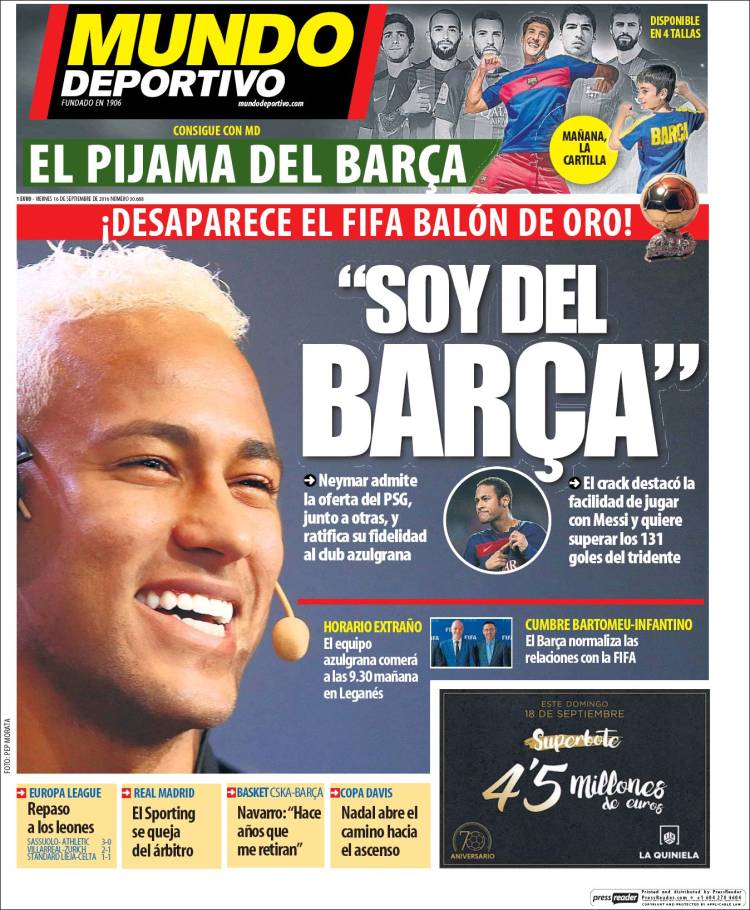 The team will have to eat at 9.30 to prepare for the game at Leganes

Europa League - review of the Lions