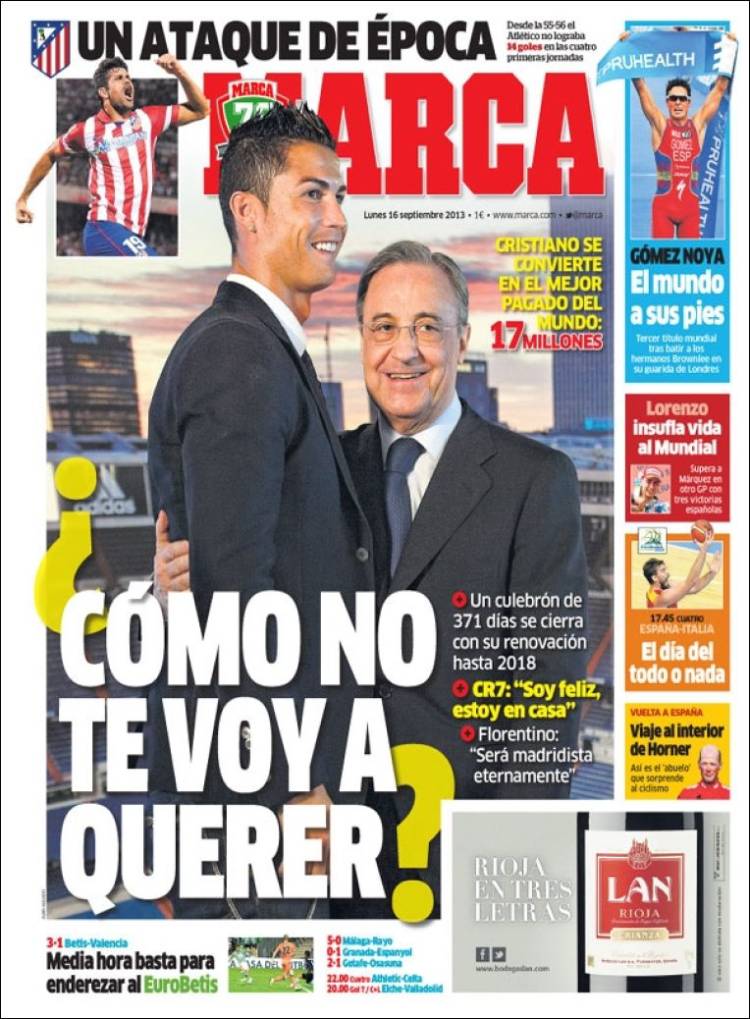 Florentino: "He will be a Madridista forever"

A great attack: Not since 55-56 have Atletico Madrid scored 14 or more goal in the first four matches

Gomez Noya: The world at his feet

He claims his third title after beating brothers Brownless in London

Lorenzo loving life: He overcomes Marquez to claim his third victory in the Moto GP 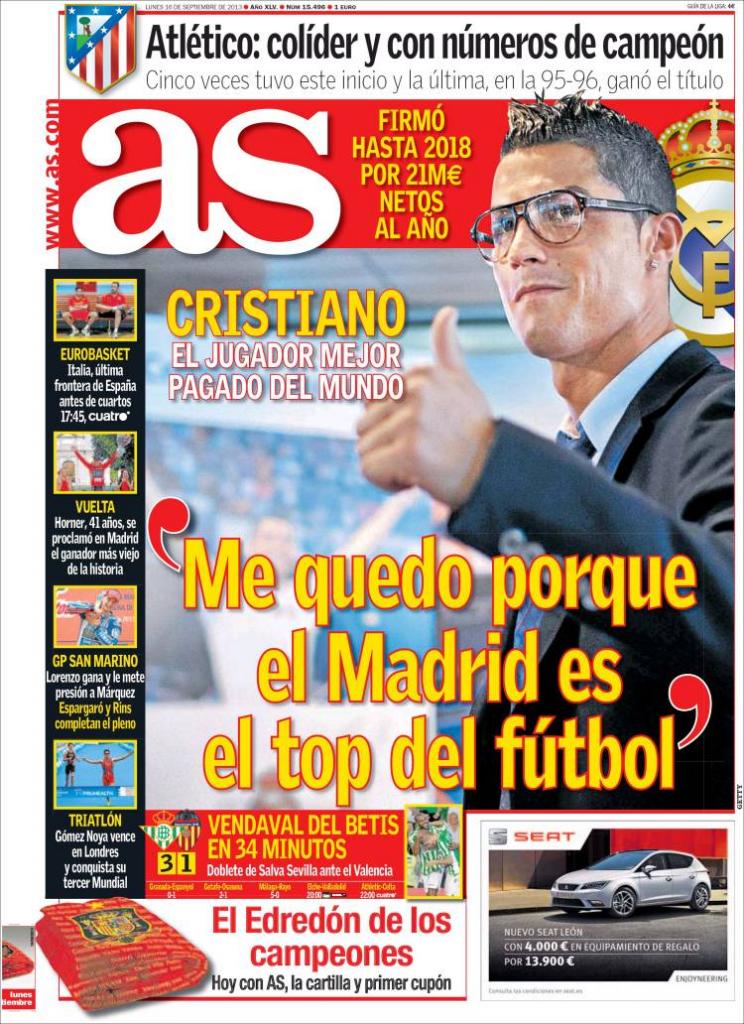 "I will stay here because Madrid is the best," CR7

Cristiano is the best paid player in the world

Atletico are co-leaders and have champion numbers

Basketball: Italy is the last obstacle ahead of the quarter finals

Vuelta: Horner at 41 years become the oldest winner in history

Espargaro and Rins complete the podium

A strong opening for Betis wins it 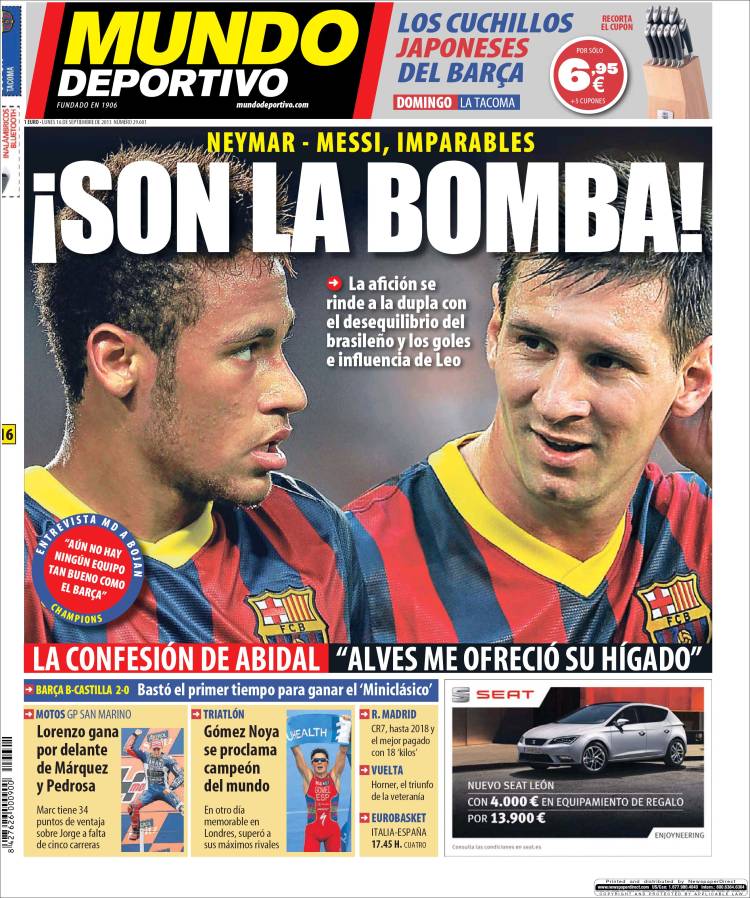 They are the bomb

Bojan: "There is not team as good as Barca"

Barca B 2-0 Real Castilla: Enough done in the first half to win the 'miniclasico'

Lorenzo wins ahead of Marquez and Pedrosa