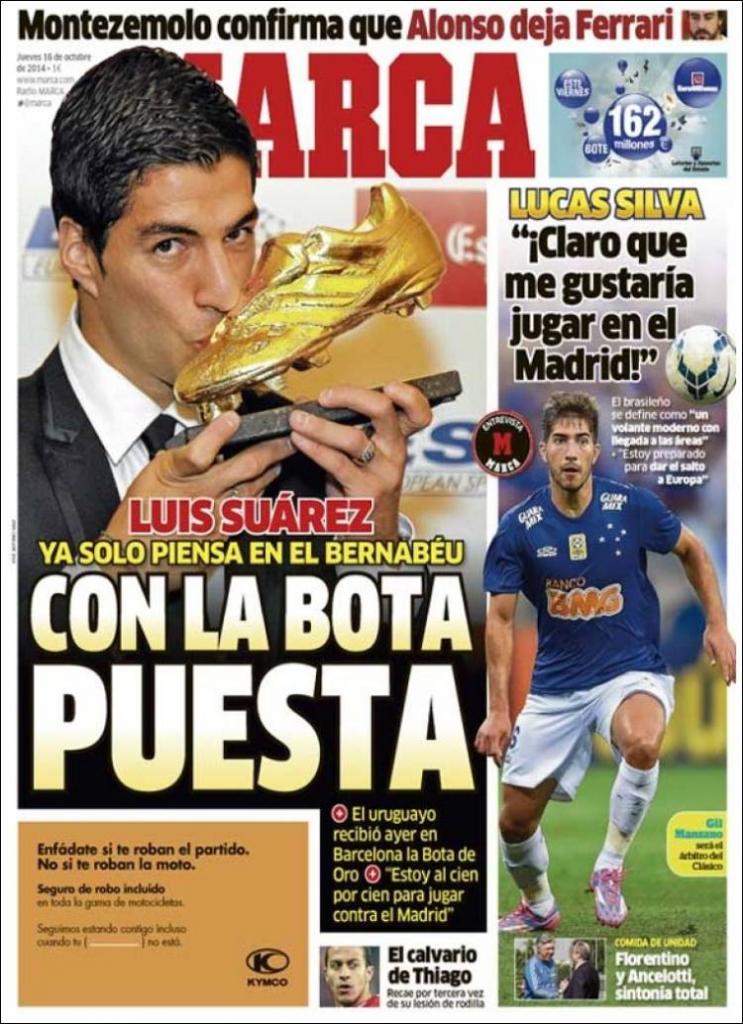 With The Boot On

Luis Suarez, now thinking only of the Bernabeu

The Uruguayan received the Golden Boot in Barcelona yesterday

Thiago’s torment; he suffers a third setback with his knee injury

Lucas Silva: “Of course I’d like to play for Madrid”

“I’m ready to make the step up to Europe” 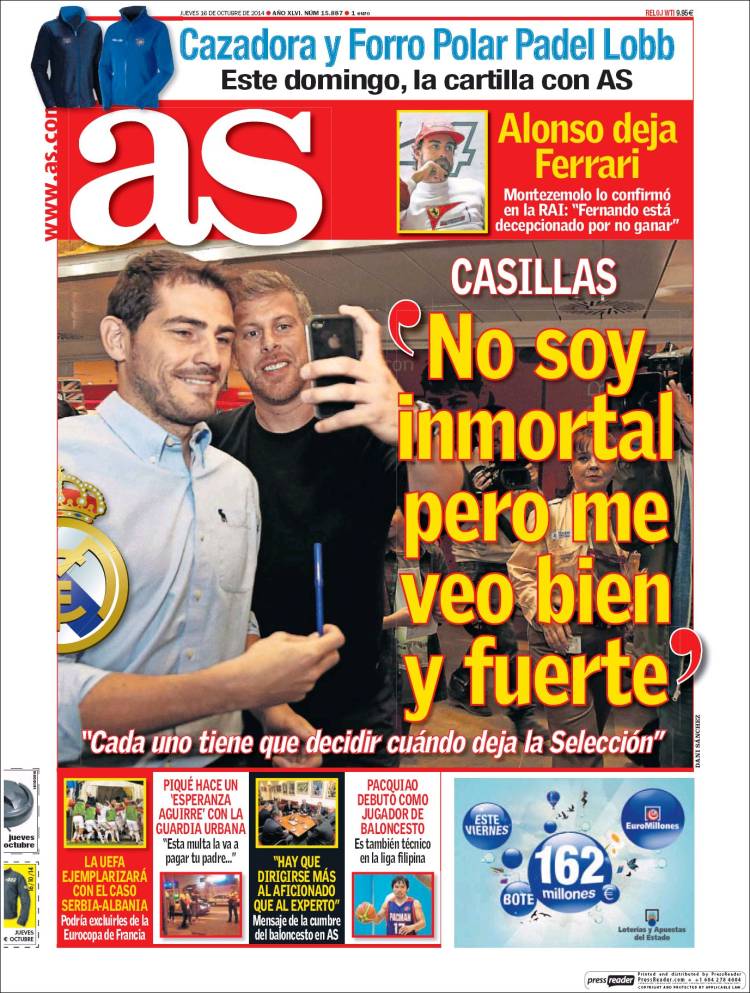 Casillas: “I’m not immortal but I feel good and strong”

UEFA will make an example in the Serbia-Albania case; they could be excluded from the European Championships in France

Pique has an ‘Aguirre moment’ with the Municipal Police

“Your father is going to pay this fine...” 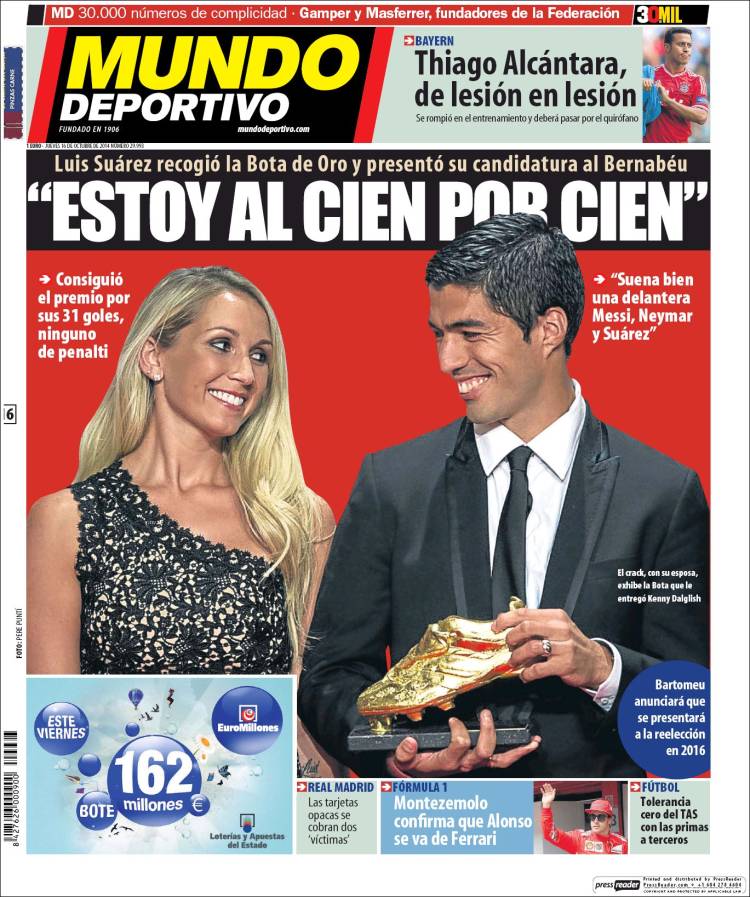 He received the award for his 31 goals, none of them penalties

“A forward line of Messi, Neymar and Suarez sounds good”

The star, alongside his wife, shows off the boot presented to him by Kenny Dalglish

Bartomeu to announce he will stand for re-election in 2016

Thiago Alcantara, from one injury to another; he breaks down in training and will need to undergo surgery