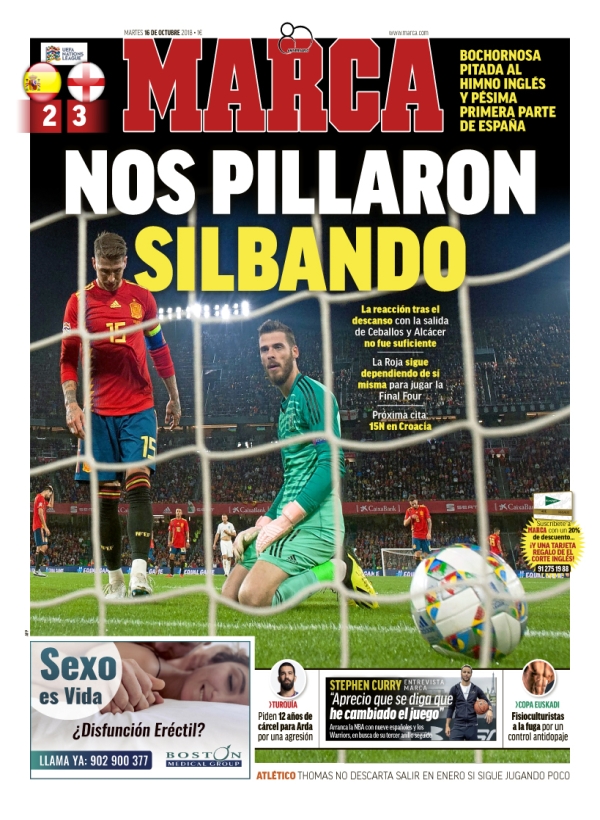 They caught us whistling

Reaction after half-time with Ceballos and Alcacer was insufficient, Spain have not yet qualified, play Croatia next month

English anthem booed and bad first half from Spain 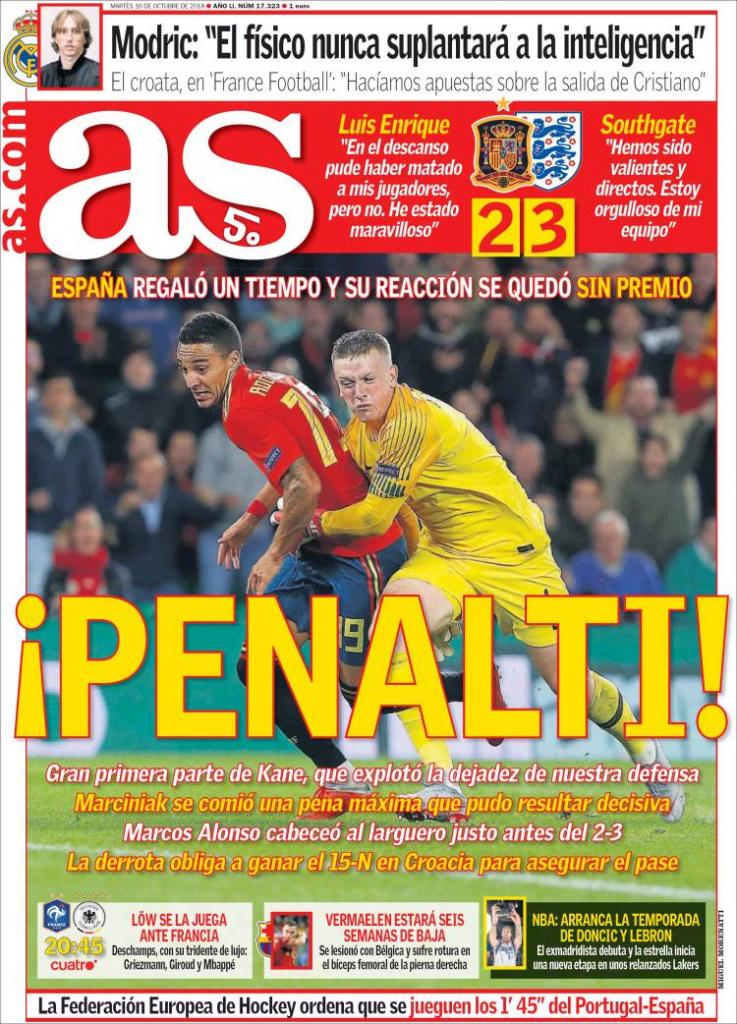 Spain gifted England too much time and reaction was not enough

Low on the line against France

Vermaelen out for six weeks 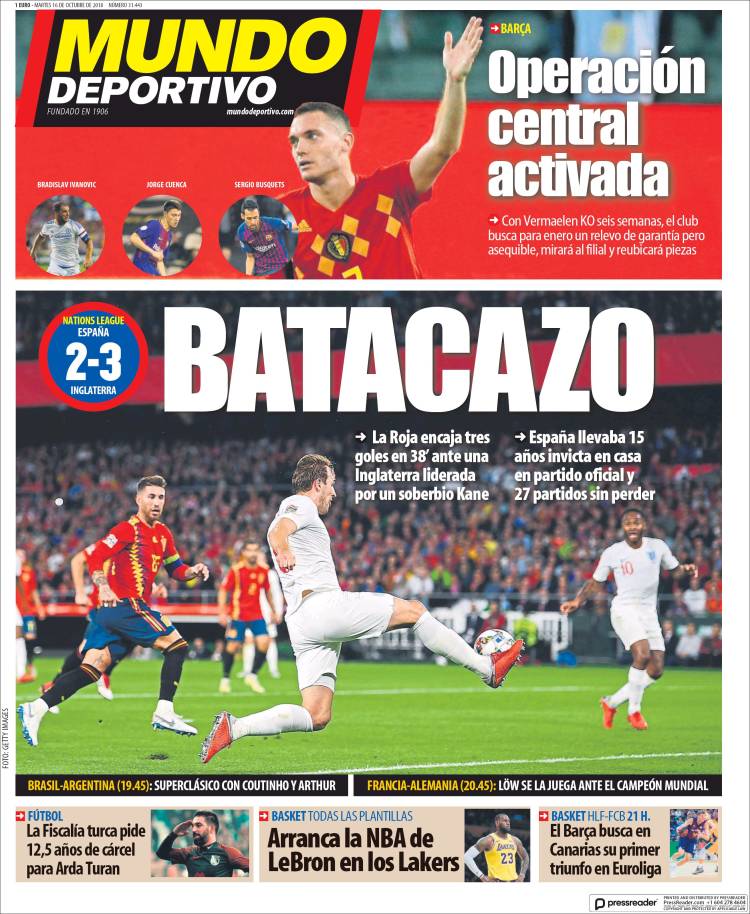 Turkish prosecutors asks for 12.5 years of prison for Arda